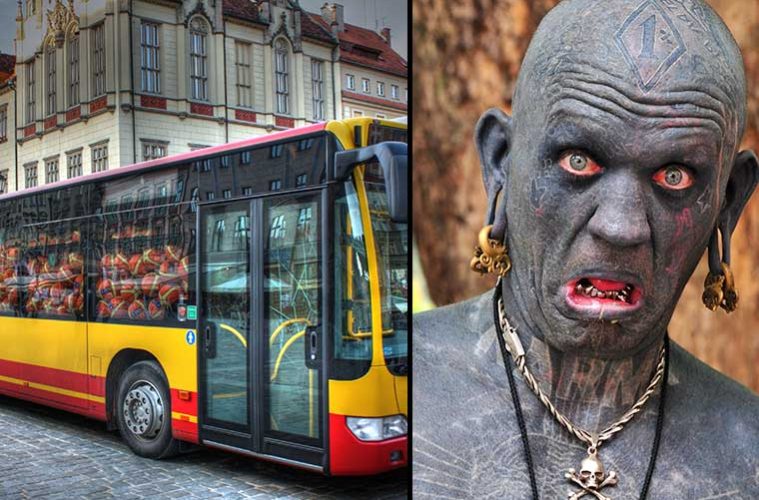 Do you want to be a record breaker? Well, there’s some stiff competition We look at 12 amazing and outrageous world records to feature in the Guinness World Book of Records.

Delivering a slice of home on Independence Day, Pizzas 4 Patriots set a world record with a delivery of 30,000 pizzas to the US Armed Forces stationed at Kandahar Airfield, Bagram Airbase and Camp Bastion in Afghanistan. The 12″ pizzas were made in Illinois, and shipped out on 21 June via DHL Express and the US Armed Forces.

In 2008, Lee Redmond’s nails measured a combined length of 8.65 metres (28′ 4″). Her right thumb nail grew to 90cm (2′ 11″): that’s the average height of a two-year old. Lee was officially recognised as the record holder in 2003 and painted her nails gold for her World Records photoshoot. Although cleaning and playing a keyboard would present a challenge, eating her nails would provide Lee with sufficient nutrients for three months’ survival.

In 2016, Amercian Donald Gorske ate his 28,788th Big Mac. Typically eating 14 of the signature sandwich each week, in a period spanning 44 years, there have only been eight days when Donald did not eat a Big Mac.

Fitness gyms the world over contain standard equipment for their patrons: weights, rowing machines, treadmills, cross-trainers. But the Bodyfeeling fitness gym in Augsburg, Bavaria has the necessary equipment for the lesser-known exercise regime known as pea blowing. Andre Ortolf demonstrated his lung capacity when he achieved his world record of blowing a pea the furthest distance – 7.51m (24′ 7.66″). We’re not entirely sure what his fitness regime was, but it must have been stamina enhancing as he didn’t run out of puff.

Impressive yet repulsive, Daniele Tuveri of Italy is the holder of the Guiness World Record for the longest nipple hair. His areola fur measured 17cm (6.69″) and we have to wonder – was he single?

Yes, this is an actual thing. Victor Anthony from Madurai in India is the record holder for the longest ear hair – 18.1cm (7.12″). Measured from the centre of his outer ears this retired headmaster’s ear hair is long enough to plait, perm and put in a ponytail.

There’s been a surge in popularity of flesh tunnels: hollow tube-shaped jewellery inserted into stretched, over-sized ear piercings. Hawaiian Kalawelo Kairwi holds the world record for his 10.5cm earlobe flesh tunnel, which is about the diameter of a teacup and large enough to fit a clenched fist through. Kala also sports tattoos, piercings, subdermal horns and a bifurcated (split) tongue. No chance of mistaken identity then…

A patient of Brazilian doctor Bayard Olle Fischer Santos has the world record for the longest penile enhancement through surgery and physiotherapy. With the first treatment administered in February 1995, enhancement of 16cm (6.29″) the patient achieved full distension measuring 27cm (10.62″) in March 2000 (bigger than a St Bernard’s and twice the average for a mature adult male).

Sean Keaney from Newbury in Berkshire was born with 12 teeth. No doubt to immense gratitude from his breast-feeding mother, the teeth were extracted to prevent possible feeding problems. Sean had his second full set at 18 months. Milk teeth normally appear in infants around 5-8 months with molars appearing by the time children are approaching their second birthday.

The record for the largest family reunion is held by the Porteau-Boileve family. Jean-Michel Cheneau traced his family tree from the 17th century and the get-together in France was attended by 4,514 relations, possibly giving rise to the longest Christmas card list in the world too!

2377 people joined professional air guitarist Dan Crane (aka Bjorn Turoque) in California in 2011, to form the largest air guitar ensemble. The unconfirmed playlist featured classics including Out of the Silence by Iron Maiden, Van Morrison’s So Quiet in Here and Whitesnake’s Still of the Night.

Ashrita Furman has made it his life’s mission to break as many world records as he can. Over three decades he has set more than 600 records and holds more than 200. Attempts include:

Furman is living evidence, if ever it was needed, that ambition, dedication and persistence will help you achieve whatever you set out to achieve.

For a more information on the 47,000+ record titles recorded by Guinness World Records, and how to apply to break or set a record, visit the website.