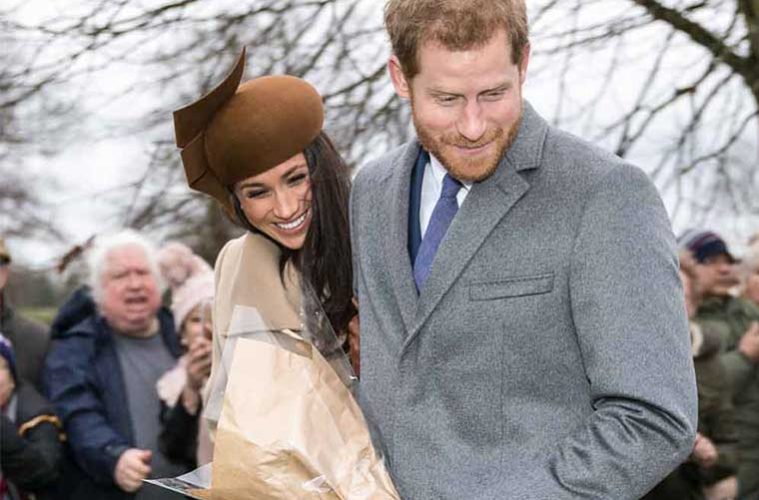 The weekend and the days to follow promise to be full of reports and opinions on one major event: the wedding of Prince Harry to Meghan Markle. As for every royal wedding, commemorative china and a high-street version of the future princess’ engagement ring are immediately available.

Looking back to 1981, the influences on wedding trends that the wedding of Prince Charles to Lady Diana Spencer exerted (that dress, that veil) look dated, and are unlikely to be followed by our modern brides, but once it was the height of fashion.

We take a look at three extreme examples of wedding essentials that may, or may not, set trends themselves.

Thelma Madine became a household name thanks to her big fat gypsy dresses for Channel 4’s documentary of traveller weddings. Her gowns are known for catering to the travelling community’s preference for decorative dresses, and she’s incorporated buckets of bling and even glow-in-the-dark lights into her designs. She’s created flashing bodices and 20ft long veils. Her most extreme dress could well be the 25st dress she created for a 16 year old traveller bride in 2006. At eight feet wide, it couldn’t fit through the church doors. It took eight hours to dress the bride and is rumoured to have cost more than £15,000. The train was more than 60 feet long and was so heavy the bridge had to be pushed up the aisle, although this doesn’t seem so extreme when you consider that the longest wedding dress train was recorded as 1.86 miles long, in Bucharest, Romania in March 2012.

Choosing who will accompany you up the aisle is fraught with politics, as is your guest list. Jill Stapleton avoided showing favouratism in 2010 when she asked all 110 of her dance students to serve as bridesmaids at her wedding. Suresh Joachim from Mississauga eschewed the traditional maximum of two groomsmen, opting for 47 ushers at his wedding to wife Crista. In September 1995, Jayalalitha Jayaram, former chief minister and movie star, hosted a reception for more than 150,000 guests at her foster son’s wedding in Madras, India. Reported to have cost in excess of 750 million rupees (more than £8million), the 3-mile drive from the temple to the reception was strewn with rose petals and lined with 600 Grecian columns and models of ancient Indian princes in erotic poses.

Cakes have moved a long way from the traditional three-tier. Different styles of wedding cake include characters, such as the unicorn carousel, which took 160 hours to make, serves 400 and costs £3,250 (tattooedbakers.com).  Awe-inspiring towers feature layer upon layer of cake, and the Chandelier trend has several layers suspended, in an inversion of the traditional tiered cake.

Cakes are no longer just a choice between sponge or fruit. Cheeses, cheesecakes, savoury cakes and pork pies are all modern versions of the nuptial cake that are being chosen with more frequency.

The largest wedding cake had only seven tiers, but each tier required two forklift trucks to lift. It was made by a 57-strong team of chefs and pastry artisans at the Mohegan Sun Hotel and Casino in Connecticut. The cake would have fed 59,000 people, and at a weight of 6.818 tonnes it was as heavy as a bull elephant.

The longest marriage lasted 86 years, 9 months and 16 days, from 13 May 1924 until 27 February 2011, when the groom Herbert Fisher died. For Herbert and his wife Zelmyra, it really was until death do us part and their years of marriage give us hope that, where there are weddings, there are promises and hopes of happy ever after.

Congratulations to our very own happy couple – Harry and Meghan!