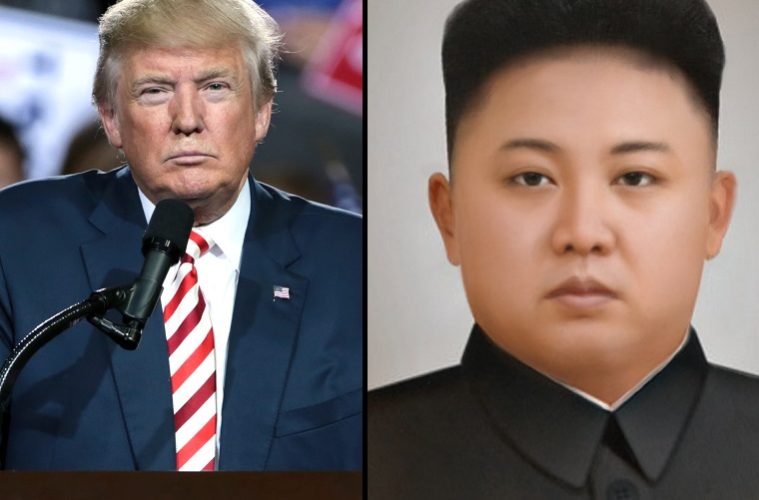 Kim Jong-Uninvited – Trump and Kim will not meet in Singapore

Just when it seemed that President Trump had achieved the impossible in courting North Korea, the hotly anticipated meeting with leader Kim Jong-un has been cancelled.

In a letter released on Thursday, Mr Trump wrote that he was “very much looking forward to being there [Singapore] with you. Sadly, based on the tremendous anger and open hostility displayed in your most recent statement, I feel it is inappropriate, at this time, to have this long-planned meeting.”

In a seemingly childish gesture, Trump also told Kim, “You talk about your nuclear capabilities, but ours are so massive and powerful that I pray to God they will never have to be used.”

Sadly, I was forced to cancel the Summit Meeting in Singapore with Kim Jong Un. pic.twitter.com/rLwXxBxFKx

Let’s hope neither side has cause to use them.

Whether the meeting between these two “great leaders” happens remains to be determined, but we take a look at the prowess of North Korea’s leader and his lifetime’s achievements to date.

Teachers in North Korean middle and high schools have reportedly been issued with a manual from which to instruct their charges, in an attempt to boost Kim Jong-un’s standing with his citizens.

Efforts to build a cult of personality around Mr Kim echo similar – and equally outlandish – claims in support of his late father, Kim Jong-il. The former leader, who died in December 2011, reportedly learned to walk at just three weeks, was talking at eight weeks and invented hamburgers. So how does the son measure up to his illustrious father?

It claims that Mr Kim was a prodigy who could drive at the age of three.

He is a natural sailor and was winning yachting races at the age of 9 and overcame the odds to beat a yachting pro in the same race.

He is a skilled artist, composer of musical scores,

He is beyond bodily functions and does not need to poo.

Although Kim is allegedly lacking in support from his countrymen and women, not one person voted against him in his first electoral test – and EVERYBODY voted. This means that Kim is slightly more popular than his father, for whom only a paltry 99.9% of voters turned out.

North Korea is not without its democracy – it is legal to choose another candidate, but votes must be cast in a specially designated booth. In a country where you can be arrested for letting a portrait of Kim gather dust, it’s proven unpopular.

This North Korean tyrant is more popular as a womaniser than his father, with at least four mistresses, even though he is officially married just once.

In 2013, Kim was ranked at #46 on the Forbes’ list of ‘The World’s Most Powerful People’. Trump was at #3 in 2018, below Russian President Vladimir Putin and China’s General Secretary Xi Jinping.

The world watches to see how the delicate relationship between two of the most talked-about world leaders develops.