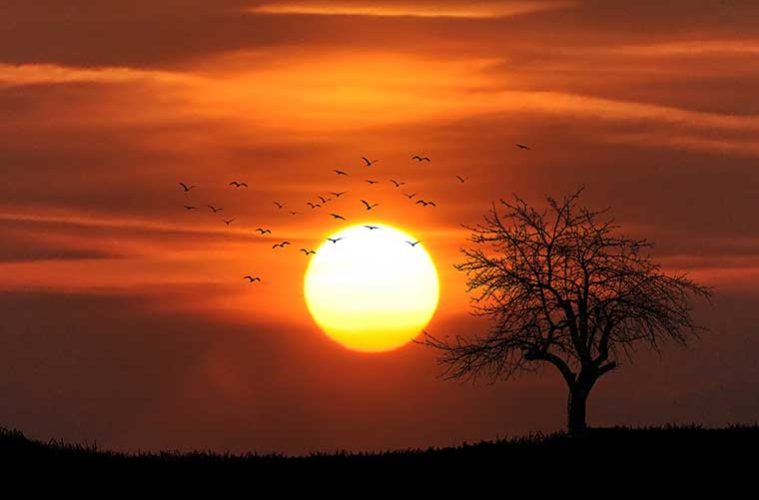 Codswallop or credible? The truth behind some well known sayings

The English language is full of expressions and old wives’ tales. Research suggests that there could be some truth in the phrases we’ve heard. We’ve investigated the origins of four popular sayings that are plausible, rather than poppycock.

This phrase comes from the bible apparently, but can the colour of our sunsets really predict the weather?

According to the Met Office, yes.

Generally, weather systems travel west to east, so incoming weather is seen to the west, as is sunset. This is caused by the sun’s rays being scattered through atmospheric particles. The more particles, the more light will scatter and the redder the sunset appears. Lots of particles in the form of dust and dirt is a sign that a high pressure system is moving in, and so the next day is likely to be a pleasant one.

Wrong side of the bed

Commonly used to describe someone feeling or behaving like they’ve had a really bad morning, there’s some essence of truth to this saying. A survey of 1,000 UK adults revealed a small difference between those who jumped to the left, and those who stepped to the right to leave their beds.

Such a small study is hardly cutting-edge science, but the slight edge the left bestows could mean fights over the mattress, as well as the duvet.

You’ll miss that when you go out

We all know that the common cold cannot be caught from the cold, it’s a virus. But you can still catch a chill, and that will make your cold symptoms all the worse.

It’s possible to carry the cold virus without presenting symptoms because your immune system is keeping any infection in check. However, lowering the body temperature can bring out symptoms for a number of reasons: the virus prefers a cooler environment than the average body temperature; immune systems are less effective at lower temperatures.

You’d better wrap up, or your chills could be multiplying.

Carrots will improve your vision

Anyone who’s tried to persuade a reluctant child to eat vegetables will be familiar with the sayings that carrots will help you see better. Vitamin A does keep the eyes healthy, it’s true, but the phrase dates from World War II.

Subterfuge and duplicity in the form of British propaganda was used to distract the enemy from discovering real war tactics. A story that Allied pilots ate a diet rich in carrots, which gave them exceptional night vision was spread to prevent the German army from discovering their planes were being tracked by radar.

And so it became a myth. That said, we’ve never seen a rabbit wearing glasses.