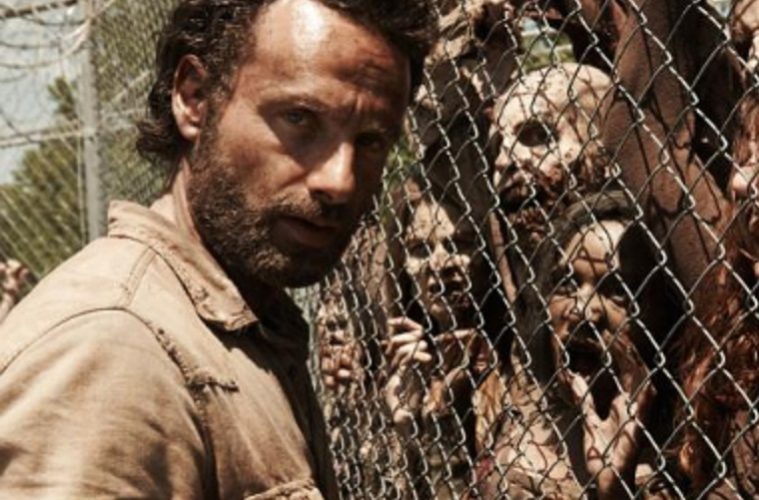 Rick Grimes is leaving. We don’t know how, or exactly when in Season 9 Sheriff Friendly walks away, but we’ve heard that Andrew Lincoln’s pivotal character will depart AMC’s The Walking Dead by the conclusion of the new series after more than eight years at its helm.

It’s always hard to lose a character, especially when they’ve been riding out the post-apocalyptic world since episode one of series one, and Rick has been the hero since he woke up from his coma. We’ve already experienced the dynamic-altering loss of major characters – Carl AKA Chandler Riggs succumbed to zombie fever in Season 8 – but how will the show ride out the catastrophic departure of Rick?

Norman Reedus, who plays Daryl Dixon, is tipped to be AMC’s new leading man and rumour has it that he’s been offered a substantial compensation to not only remain on board, but to step into Rick’s shoes.

When Lucille met Glen and Abraham at the brutal conclusion of Season 6, the dynamic of the Grimes gang changed significantly. Maggie, played by Lauren Cohan, stepped into the role of leader at The Hillside, working in harmony with Rick to fight Negan’s Saviours. At the end of Season 8, we saw her plotting with Jesus to challenge Rick’s decision to let Negan live so could Maggie be responsible for whatever form Rick’s departure takes? The suggestion is that Cohan herself will feature in fewer episodes in Season 9, and could also cut her ties to the show to focus on other work.

I’ve always felt that Andrew Lincoln was the anchor to The Walking Dead (as well as the comic, obviously). The bigger question now is if the show can survive his exit.

Daryl is here for the foreseeable, so there remains a constant character who’s been with us since the city. But Rick and Maggie’s potential exits do leave us with other questions.

How will Michonne (played by Danai Gurira) cope when she loses her soul mate when she’s lost so many already? Who will look after Judith? Will the feud between Rick and Negan be put to rest or will Negan use Rick’s absence as an opportunity to regain control?

The main question on all fans’ lips is when will Season 9 begin? AMC has confirmed that Season 9 will air in 2018 although not the exact air date. With previous series beginning in October, it’s likely we will have to wait until the autumn for the story to continue. If the show follows previous format, we then have 16 episodes in which Rick could potentially walk away. Whether his final departure from TWD sees him walking dead or alive is something fans will need to endure, patiently.

We've sorta known Andrew Lincoln has wanted out of TWD for some time (family man wants to be with fam). I'm excited to see what he does next!

That’s okay Andrew Lincoln is leaving. Now they can now focus on the evolution of Carl Grimes which is what Robert Kirkman intended the whole time! Oh wait…https://t.co/WARAanPEsP