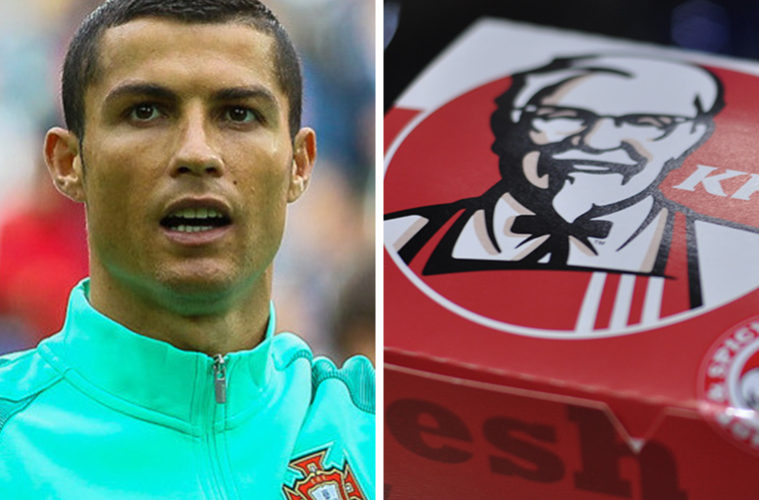 If you want to sell something, promote something or raise awareness about something, one way is to get celebrity endorsements. It’s a marketing strategy commonly used by fashion or beauty brands, but more and more famous faces are to be seen on our adverts.

If you want to smell like Johnny Depp, you’ll buy Dior Sauvage. If you want to look like Rosie Huntington-Whiteley, you’ll buy M&S underwear. And we all know that L’Oreal is the product to buy for celebrity hair.

Here are some of the strangest and ill-advised celebrity endorsements.

Since they shot to public awareness, if not fame, in 2009, John and Edward Grimes, AKA Jedward have been the face of all sorts of products. They’ve endorsed everything from mobile phones to hardcore Japanese role-playing video games, but their Shake and Vac commercial is probably the weirdest choice yet.

Also starring the Shake and Vac lady Jenny Logan herself, this advert was created to celebrate the 30th anniversary of the Glade Shake and Vac campaign. Imagine the original dance with a Riverdance flavour, and the boys’ signature haircuts. It’s all you have to do.

The A-Team’s Mr T and actress Joan Collins have both successfully endorsed Snickers. In 2007, Trump as a mere television and business celebrity endorsed the now discontinued brand Trump steaks – his tag line was “Believe me – I understand steaks, it’s my favourite food!”.

Kim Kardashian has made a name for herself and her entire family, projecting herself to A-list status. In 2012, Kim was given the honour of unlocking Charmin’s temporary bathrooms in Times Square. Fortunately for Kim, being the face of holiday facilities is probably the lowest point in her career.

Staying with bodily functions, US actress Whoppi Goldberg was the voice and face of light bladder leakage in 2010 when she endorsed bladder control pants for Poise, admitting it’s something she deals with herself. Goldberg assumed the guise of mythical and famous women to highlight how common the issue is, playing Cleopatra, Helen of Troy, the Princess and the Pea (or should that be pee) and the Statue of Liberty.

Back to Christian Rinaldo and we’re wondering what possessed him to team up with a Japanese brand for the Facial Fitness Pao. This is a device meant to strengthen facial muscles and the ad shows Rinaldo pulling some signature moves before inserting a mouth guard with what looks like a vintage plane propeller attached. Rinaldo and a variety of other Pao Fitness fanatics proceed to nod their heads causing the propeller wings to bounce up and down.

The world of music as given rise to a number of singers endorsing products. Iggy Pop lusted after car insurance; Alice Cooper endorsed Staples, so presumably school was in after the summer; and Bob Dylan’s Love Sick was played over a montage of underdressed women and Dylan himself for Victoria’s Secret. And then there’s Prince of Darkness Ozzy Osbourne’s advert for I Can’t Believe it’s Not Butter. He wants to cook rock cakes, not fairy cakes, apparently.

David Beckham has endorsed high-end brands including Armani as well as worldwide giants Gillette and Adidas. He’s also the face of a hair gel that’s popular in China and Japan and joins Bradley Cooper and Jamie Dornan as icons who use Cock Grease, a hair gel that promises “Xxtra hard” hold. It isn’t clear whether or not these stars officially endorsed the use of their pictures, but not doubt sales have risen as a result.