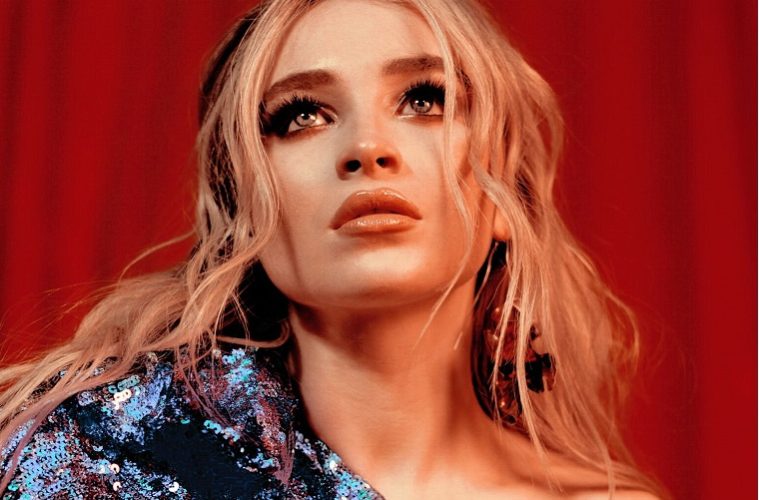 Sabrina Carpenter on growing up, life changing events and the future

19-year-old pop sensation Sabrina Carpenter has had an extremely successful career at such a young age. Her hard-work and passion for the arts shows through her constant juggling of acting, singing and songwriting. Her third album is on the way and her extensive fan base couldn’t be more excited. We caught up with Sabrina Carpenter to discuss growing up, life changing events and what the future has in store for her.

Hi Sabrina, thanks for taking the time to speak with us. How’s everything with you at the moment?

Going good, thank you. I’m in the UK for a couple of days; I’m so excited to be here. I’m trying Nando’s for the first time!

How would you describe yourself and your music to people who haven’t heard of you yet?

I’m a fun and charismatic person. I love long walks on the beach and song writing.

My music is definitely in the world of pop. I’m a young girl, so I’m writing my songs and kind of growing up in this new generation where we change every five minutes. I’m definitely coming into who I am as an artist right now. But, I’ve been balancing the acting and music side of things for a couple of years now, so I’ve been really excited that I could be over here in the UK.

Have you always been passionate about music and acting?

Always, yeah! I was that kid who never had a back-up plan, and just knew the one thing that I always wanted to do.

When was your first big break and how did it come about?

I signed with my record label when I was 12 years old, but my first ever acting role was actually a guest star on Law & Order in the States. Those were each my first experiences, but I went on to release my debut album in 2016 and I’m about to release my third album this winter which I’m really excited about.

What would you say has been your biggest achievement to date? Do you have any ultimate life goals you are yet to achieve?

I’d love to sell out the O2 or Wembley; I’m not going to be picky about which one! That would be really fun. For me, touring has become such a big part of my life, so I think I’m definitely looking forward to accomplishing a lot of the things I’ve wanted to do as a child, and that comes with all these iconic places and obviously the fans who make those. My biggest achievement to date would be co-writing my 3 albums, because I think for me being as young as I am and to have the trust from the people around me to have so much creative control is something I’m really grateful for. So I think they’re each like my children, you really can’t tell me which one to choose between because they’re so precious to me.

I really love your latest track ‘almost love’. Can you tell us a bit about the creative process and the meaning behind it?

Thanks! I wrote the song with StarGate; it wasn’t the first song which we wrote together. I had the title ‘Almost Love’ in my phone for a while, due to the past few years of my life growing as a teenage girl and going through a lot of life scenarios for the first time. For my specific lifestyle, there are a lot of unfinished stories and relationships. It’s almost like the zest of these moments where I feel like something could have happened if I’d have said this, or done that – it’s portraying just wanting to get to the end of the movie. It’s inspired by these almost lovers and these situations where you want to know how the story ends, yet not getting that ability. I wanted it to be an upbeat song, where my personality came through a lot. This song just felt like such an anthem for me that it was so easy to tell the story; it was something which happened so easily, I didn’t have to think too much about it.

When you start the writing process for an album, do you have an agenda, or do you just go with the flow?

I just want to be surprised with myself. I think that’s probably the goal: once I’ve written a song where I think ‘I did not know that I could write that’, then I get excited. I get more inspired, and I want to create more which sound different but still like me. You can never really have an agenda per say, other than doing your best. If you go into it with an idea or one specific concept that you want to stay on, you could find yourself in a problem pretty quickly. But I think for me, you find it along the way without thinking about it, and you know the moment when it starts to click. You go from there and create a world around these songs.

What should fans be expecting from you upcoming album ‘ Singular – Sabrina Carpenter ’?

I think this album will sound the most like Sabrina, which is one of the main reasons I called it ‘singular’. I hope that they hear these stories and they can relate. More importantly, the album for me has been very therapeutic in a positive way, because I think I was writing about situations which I was confused about or wasn’t being positive about, and this turned them into positive memories. There are a lot of diverse themes and sounds on the album; I think the nice thing about music nowadays is that you’re not limited to one thing. 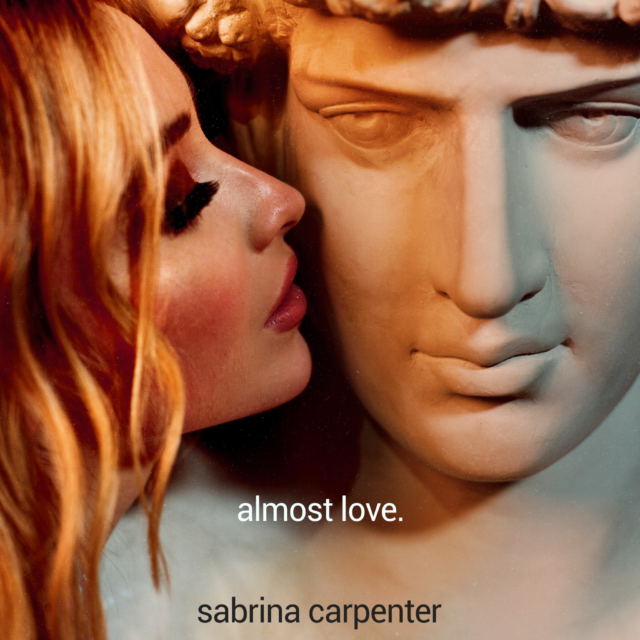 How has your music developed since you started out?

How has it not? (laughs) I think it’s developed a lot because my writing’s developed a lot, as the things I was writing about at 13 are very different to the things I’m writing about at 19. I think your voice and self confidence grow a lot over time. You’re also listening to different music – digesting different life experiences – so it really changes in every way possible, because you as a person change in every way possible. You don’t always realise it’s happening until you go back and listen to the first song which you ever wrote and you go ‘who was that person? How was I not who I am now this whole time?’. You definitely grow!

You’re a lady of many talents: acting, singing, song writing and much more… How do you manage to juggle them all, and do you plan on always being a part of all of those industries or eventually focusing on just one?

I just try to sleep whenever I get the opportunity, which isn’t often! I thrive on doing many different things and feeling creatively like I am using every outlet at my disposal. Luckily for me, I’ve had the opportunity to do that with my music and different projects within the acting world. I think it will be something I definitely continue to do, because I don’t feel like I’ve accomplished half of the things that I want to in both of those areas. I’m so excited about where I’ve been able to go, but I think there’s a lot which I haven’t seen and gotten to learn about yet. So I’ll constantly be working much more than I should.

As you said, you’re in the UK at the moment. Do you have any plans to be coming back to the UK anytime soon to perform?

Next year is what we’re aiming for right now, but hopefully sooner. After the new album, we’re definitely planning on touring here. I’ve never done my own show in London so that’ll be really exciting.

Who influences your music?

I think it’s my life, different people that I come across, films and books I read – it’s really limitless. Sometimes it’s a word I see on a billboard which is interesting and I go ‘oh my gosh, this isn’t just a word it’s a whole story’, and sometimes you also find inspiration along the way without really realising it. It’s definitely not one specific thing or person that inspires me, although I am so inspired by so many artists and especially the ones that are constantly changing, growing and pushing the boundaries.

I’m part of a Fox film called ‘The Hate You Give’ which comes out October 19th. I’m getting to travel a lot more in the upcoming weeks and the music video for ‘almost love’ is coming as well as more music before the album comes out in the winter.

We can’t wait, thank you so much for taking the time to speak to me!

Thank you too, I appreciate it. It was nice to meet you!