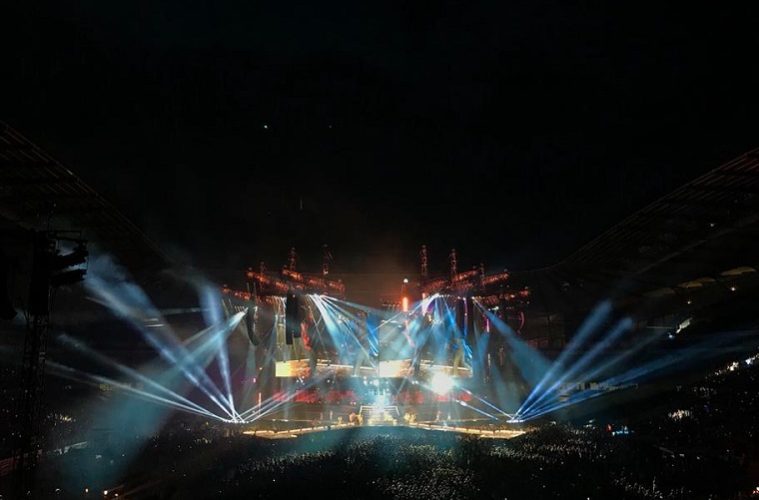 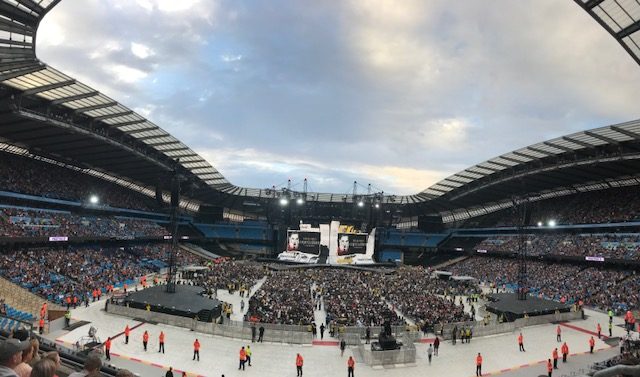 This weekend I was lucky enough to attend both nights of the Taylor Swift Reputation Tour in Manchester as it embarked upon its UK route. As a huge fan, I’ve been counting down the days since the release of the album last year and the concerts definitely did not disappoint!

Upon arrival I was surrounded by other Swifties, some of whom had travelled from other areas of Europe specifically for the event. It was amazing to see some of the costumes that people had come up and how excited everybody was; after 5 years, fans were back eager to fill in every Blank Space and to Shake It Off. On our way to our seats, we were given bracelets which lit up in time with songs later on in the evening, bringing the whole crowd directly into the special effects. What followed from that point on featured fireworks, an array of fabulous costumes, flying carriages between stage podiums and of course, lots of snakes! 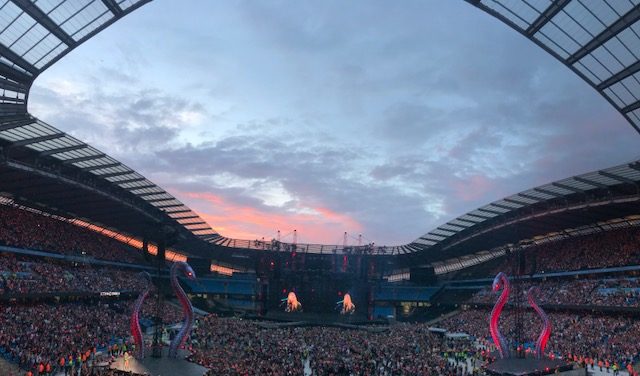 The live set list began with support acts Camila Cabello and Charlie XCX, both of whom had crowds on their feet and dancing hours before the main event took place. There was something for everyone and I especially enjoyed how old and new tracks were mixed together alike, leaving never a dull moment.

Connecting with fans from the start by moving around the crowd for different moments of the show, Taylor Swift was determined to make sure that everyone attending had the best time possible with the result being an atmosphere like none other I have seen at any concert previously. Even after the last chord was struck, people were singing as they left and harmonising with strangers, smiling and dancing, covered in glitter and confetti. 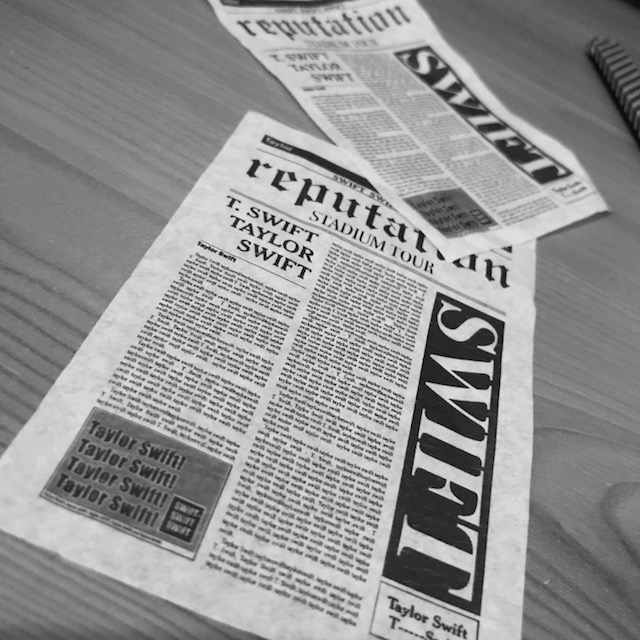 As an album alone, Reputation is exceptional in what it represents for young people and the tour has served as a powerful reminder of this. Taylor Swift is one of the biggest role models at present for the public, especially young girls, in that she is constantly re-inventing herself to be who she wants to be and not permitting any negative media portrayals from strangers to prescribe her definition through newspaper headlines. Seeing someone stand up for them self through music, achieving their dreams and embracing themselves for who they are no matter what anybody might say, is both incredibly empowering and important. This is the central message to the entire collection: Be yourself and be happy, don’t let anyone stop you.

But using this idea in every track of the record hasn’t stopped it from remaining fresh, upbeat and creative, only adding more emphasis on what a milestone moment this is for pop music. It’s not easy to make art that is both meaningful and enjoyable, but here there is material that is effortlessly relatable to anyone, no matter their experiences and whoever they might be.

As the tour moves on to Dublin next week, I have no doubt that I’ll still be singing along to I Did Something Bad and Gorgeous whenever I get the chance. I’m looking forward to hearing more fantastic reviews on the upcoming performances and to see fans enjoying the experience of a life time. Reputation is definitely the soundtrack to my summer – one that reminds me whenever I’m blue that it’s ok to be Delicate but equally so, that no matter what comes my way in the future, I’m Ready For It.