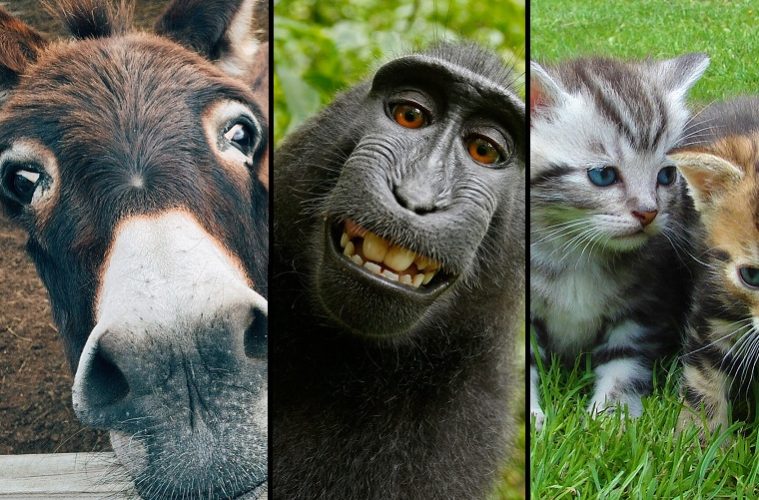 The internet is a social petwork – animals are now social superstars, thanks to videos going viral.

There’s a Pomeranian called Boo who has 16,518,734 followers on Facebook. That’s 16 MILLION followers for a dog. There’s Grumpy Cat who has the word “real” in her Twitter handle to make sure her 1.54 million followers know she’s the original and not some fur ball impersonator. And there’s the sneezing panda video that has gone viral and been shared so many times on YouTube it’s impossible to determine how many millions of times it’s been viewed.

Chris Cohen released Cat vs Printer – The Translation, which had more than 11 million of us laughing – we’ve all had similar technical difficulties – and the no, no, no, no cat which shouldn’t be funny but is… very.

Put a little laughter in your day with these animal antics.

Dog eating water melon is the newest of several videos featuring animals eating watermelon – GoldtraderZ published this on 6 June. At time of writing, views are only in the low hundreds so get in early with your view and be an early supporter.

Bizkit has built up quite a following since the Sleep Walking Dog video was posted on YouTube. Don’t worry if you feel like you have to laugh – no dogs were physically harmed in the making of the clip, although Bizkit’s pride took a bit of a knock. Back to Chris Cohen again with Booba’s New Shoes – The Translation: who knew dogs could do that?

Comedy cats are everywhere. Comedian Russell Howard has helped launch the career of the OMG cat after playing clips on his BBC show Russell Howard’s Good News. And then there are the om nom nom cats, plenty to choose from and the kitten who “boxes”.

More than four million of us cheered when the ducklings finally made it the steps after their mother but nearly 40 million of us have watched the 45-second clip of ducks v wind. Einstein was the first parrot to do a Ted Talk.

Share the laughter today – even camels join in – be more camel.