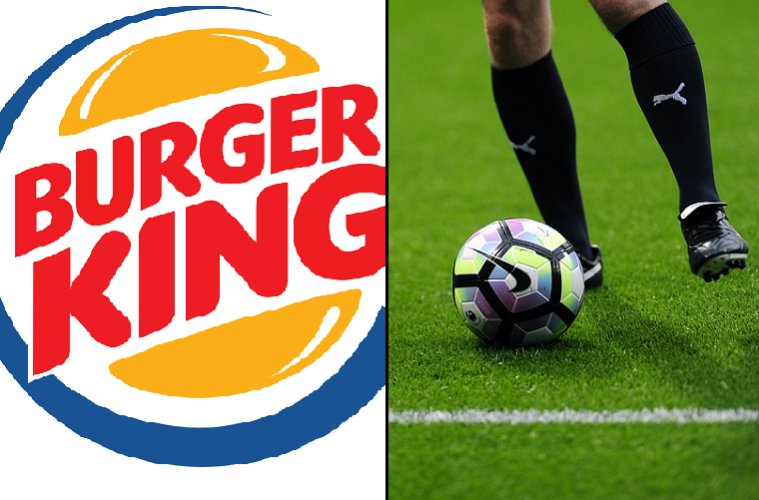 Burger King is in trouble. The Russian arm of the fast-food chain has had to remove a recent advert which offered a lifetime supply of free Whopper burgers if they got pregnant with a World Cup player’s baby.

The ad, which also promises a reward of 3m roubles (£36,000), was removed with an apology issued via the Associated Press to say Burger King was sorry about “clearly offensive promotion that the team in Russia” had launched.

It’s not the only ill-conceived advert to cause controversy.

Not really surprised by this. Last year, Burger King #Russia briefly used the image of a teenage rape victim to sell hamburgers. https://t.co/w7ZCDWcPDk

Kentucky Fried Chicken (Great Britain) Ltd launched an ad featuring a chicken dancing to a rap soundtrack (a funky chicken?) last year. The Advertising Standards Authority (ASA), the UK’s independent regulator of advertising across all media, received complaints that the ad was disrespectful to chickens. It was alleged that it was also distressing for vegetarians, vegans and children, because it depicted a chicken that was heading for slaughter. The complaint was not upheld.

Also in 2017, was Pepsi‘s ad starring Kendall Jenner. The commercial shows Kendall in the middle of a photo shoot when demonstrators pass by, carrying signs urging people to “Love” and “Join the Conversation“. Kendall joins the protest and passes a can of Pepsi to a nearby police officer. Complainants felt that the ad appropriated images from Black Lives Matter events. Pepsi pulled the ad and apologised.

Bud Light’s “Up For Whatever” campaign was intended to evoke feelings of endless possibilities on a night out. Bud went too far when beer bottles emblazoned with the catchphrase also called Bud Light “the perfect beer for removing ‘no’ from your vocabulary for the night”, given the controversy around the issue of consent.

In 2012, Reebok encouraged its customers to “Cheat on your girlfriend, not on your workout”. Gym membership would never be the same again.

And there’s the urban legend that is the Wonderbra 1994 Hello Boys ad campaign.

Tango has long been associated with ads that cause controversy. The happy slapping craze was born out of an ad in the early 2000s featuring orange man.

Orange Man caused controversy after reports of injuries when children began copying the advertisement in school playgrounds, and it was subsequently banned.

A insider from Britvic, the UK business that makes the drink here, admits that the ads were designed to be disruptive: causing controversy, and even being banned, was all part of the marketing masterplan.

The approach seems to have worked. Orange Man boosted sales by more than a third. A Channel 4/The Sunday Times poll in 2000 named it the third best advertisement of all time, and it has also been credited as pioneering viral marketing and guerrilla marketing.