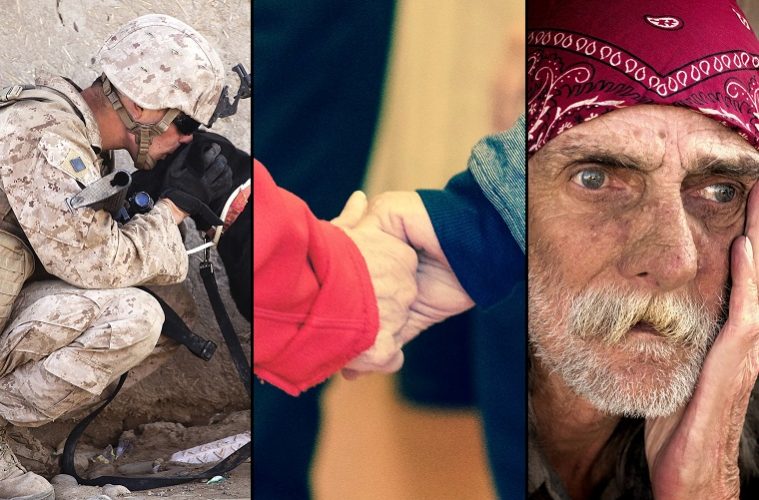 Heartwarming moments that will restore your faith in humanity

Social media has been abuzz with images of Senegalese and Japanese fans’ antics at the World Cup in Russia. These football fans are anti-hooligans, and the pictures show the fans tidying up their own areas of the arena post-match.

Fans of the Samurai Blue made headlines when they tidied up after themselves at the World Cup in Brazil in 2014. Fans even bring bin bags with them for the purpose of leaving the area clean. Senegalese fans have followed suit and were seen tidying up after their team’s victory over Poland.

The pictures of these anti-hooligans, which have further cemented Japanese’s reputation as having the most polite fan, but this classy act of respect restores your faith in humanity.

In 2015, an elderly man in fleece and flat cap, helped a young man to tie his tie. The heartwarming moment was captured in Atlanta’s Lindbergh Centre, and the clip went viral after being posted on Facebook.

Chicago cocktail waitress Colleen Gallagher received an epic tip after she served chief executive of Meridian Investments Inc, John Boc. During a conversation at the Excaliber dance club where Gallagher works, she told the businessman that she was struggling to make ends meet and find decent housing. Known for his charitable donations, Boc, settled $60 his bill and added an $11,000 tip for the waitress.

100 Suits for 100 Men is changing lives, one suit at a time. Founded in 2011 by Ken Livingston, it’s a programme that “addresses the needs of underprivileged men and women in need of business attire in the New York City area”. The core service provides support to people looking for jobs, providing them with appropriate interview attire and free haircuts/referrals, all aimed at better equipping people to achieve gainful employment and “build each other up”.

The organisation also addressees socio-economic and injustice issues and is making positive changes in the lives of men and women in NYC.

Workers from a Memphis-based cleaning company dressed up as superheroes while working at Le Bonheur Children’s Hospital. It’s not difficult to imagine the delight and excitement the children experienced when they saw Spiderman, Batman and Superman were cleaning the windows!

There’s an NYC stylist who spends his Sundays giving free haircuts to the homeless. And the fire fighters who attended a little boy’s party when his classmates didn’t turn up.

It’s the little things in life – sacrificing a few moments of your time to help someone else. Imagine the difference we could make.