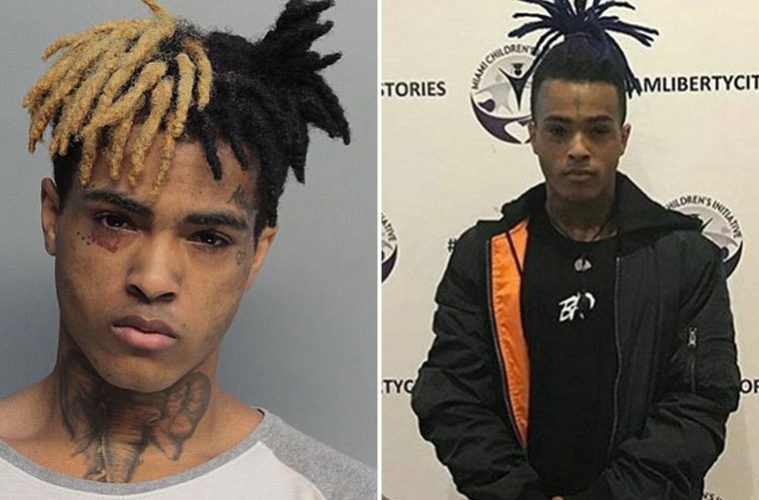 King of the Dead – XXXTentacion dies in shooting

Police in Florida have confirmed that a shooting in Deerfield Beach yesterday (Monday) resulted in the death of rapper XXXTentacion, 20 year old Jahseh Dwayne Onfroy.

Detectives say that Onfroy was leaving RIVA Motorsports shortly before 4pm local time when he was approach by two armed suspects, at least one of whom opened fire, striking the young musician. Both suspects fled the scene, and Onfroy was transported to a nearby hospital, where he was pronounced dead.

My heart dropped when I heard about @xxxtentacion, I feel like we only got to see a glimpse of his artistry. I didn’t know him personally but I respect how passionate he was about his music and message. Nobody deserves this kind of ending. gone too soon, damn! RIP

Earlier the same day, the rapper had told Instagram followers that he was planning a charity event in Florida. He first rose to prominence in 2015 when his track Look at Me was released on SoundCloud. In August 2017, his debut album “17” reached number 2 on the Billboard 200 chart and in March 2018, “?” reached number one.

RIP xxxtentacion, regardless of his controversial past, he did not deserve to die, especially so young. I respected him for preaching/spreading positivity and the lives he touched in a positive way. Gone too soon, so terrible. His music/art will live forever.

The rapper was not without his share of trouble – he was awaiting trial on charges that he allegedly beat his pregnant girlfriend, something he denied, and he had charges for more than a dozen series crimes.

Onfroy was not the only rapper to die on Monday. Emerging musician Jimmy Wopo was identified as one of the victims of a double shooting in Pittsburgh, in the city’s Hill District neighbourhood. Wopo, born Travon Smart, was just 21 years old.

Rap music and crime are inextricably linked throughout music’s history. Rap lyrics are rife with language pertaining to fighting, guns, drugs and violence, but for some, they’re little more than lyrics. For others, those with bona fide criminal records, they’re a very public way of boasting about criminal activities, or expressing the violent lives of the rappers.

Tupac Amaru Shakur, aka 2Pac, is widely considered one of the greatest rappers of all time and noted for his socially progressive lyrics. In September 1996, Shakur attended a boxing match at the MGM Grand in Las Vegas and was involved in a brawl in the lobby with alleged Crips gang member Orland “Baby Lane” Anderson, before heading to Club 662. At 11.15pm local time, while the black BMW Shakur was riding in was stopped at a red light, a white Cadillac pulled up alongside and gunshots were fired into the vehicle. Shakur was hit four times. He died in hospital from internal bleeding on 13 September.

Another rap giant was Christopher George Latore Wallace, known professionally as The Notorious B.I.G, Biggie Smalls, or Biggie. He became a central figure in the hip hop scene when he released his debut album Ready to Die in 1994. Wallace was killed by an unknown assailant in a drive-by shooting in LA in March 1997 and his double-disc album Life After Death, which was released days later, is one of the best-selling albums in the US. Posthumously, Biggie has certified sales of more than 13million albums in the US.

hello unpopular opinion here. i don’t think it’s right for anyone to say that xxxtentacion’s death was justifiable bc of his violent behavior. no one has the right to say who deserves to die. life is a precious thing and i think we should leave it at that ✌️

XXXTentacion’s lyrics in his 2015 King of the Dead are distractingly ironic:

“Fuck the devil for your wealth, pistol chilling on my shelf. I control my own death, I don’t need no fucking help.”