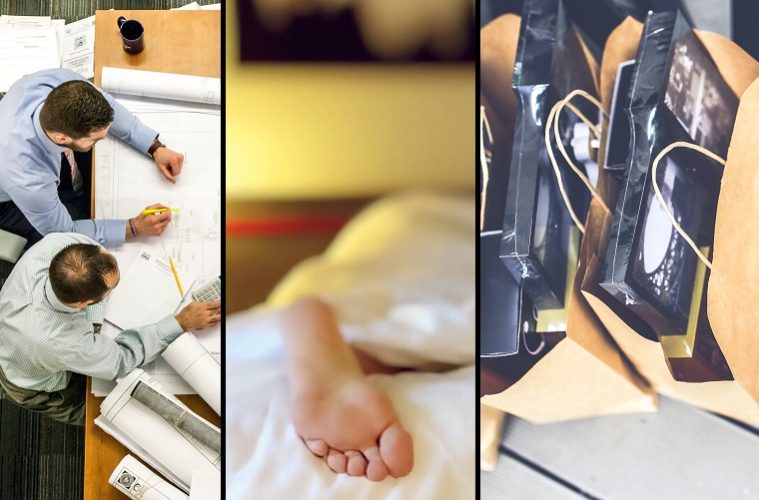 The average life expectancy for a healthy person is 80 years old. It goes without saying that a fairly hefty proportion of our lives are spent sleeping and working, but how do we typically spend the remainder of our 29,000 days on this planet?

Welcome to the world of Mr(s) Average.

It’s said that we need an average of 8 hours sleep each night. The Organisation for Economic Co- operation and Development calculates that people who live to the age of 80 have been sound asleep for 26 years of their lifespan. Try telling that to new parents!

On average, you will spend around 12 years at work during your life. Two years is likely to be spent in meetings and no one within a corporate environment will be surprised that more than a quarter of this time is wasted on pointless discussions. We’ll do around 15 months of unpaid overtime and spend nearly four years on the phone.

A 2015 survey for Toshiba concluded that British workers spend around 18 months commuting to and from work, with an average of 588 days spent driving or sitting on public transport.

London drivers have it worst spending more than six months in gridlocks, against a UK average of 30 hours in jams. That’s more than two months in a working lifetime. The British motorist now spends more than three years behind the wheel and the equivalent of two days a year waiting at a red light!

If the 70% of UK people who claim they regularly exercise are telling the truth, it means that they spend 15 months of their adult life working out.

Men spend on average 11 months of their lives eyeing up the ladies – that’s 43 minutes every day, and a recent poll suggested that supermarkets are the most common place for this activity.

German sexologist Rolf Degen believes that men spend around nine hours and 18 seconds of their lives in a state of orgasm, while women enjoy one hour and 24 seconds.

Analysis of the shopping habits of around 2,000 women suggests they will spend around eight-and-a-half years of their lives in retail therapy. 235 days will be spent waiting in queues and a week looking for partners they’ve lost while shopping.

Facebook claims more than three years of users’ lives posting updates and we spend nearly nine years watching TV. We spend a year at the pub and 13 years listening to music. Men will spend around four months of their lives shaving and women take a year to decide what to wear. 18 months is spent washing, cutting and styling hair. We spend 15 months cleaning our homes and more than four hours cooking every week.

On average, the English spend 368 days in a pub during their lives, the Welsh 279 days, the Northern Irish 299, and the Scottish 298 days. Smokers spend a week of every year on a fag break and hangovers cost us two years of our lives.

This article has taken you around three minutes to read. And will take only three seconds to share.

For the truth behind some well known sayings click here.