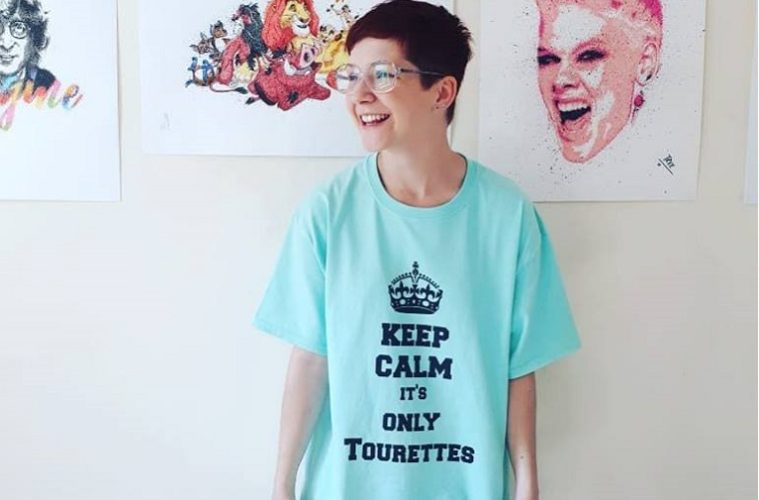 Freelance illustrator Terrina Bibb didn’t expect the response she received when she took part in a BBC documentary series MisFITS Like Us aired on BBC3 in April and Terrina, who developed Tourette’s in her final year at university was featured in Episode 1 of the three-part programme.

We caught up with her shortly after her episode aired to see what impact the experience has had on her life.

How did the TV programme come about, and what did you think about taking part?

When Helo Halo (the production team who were commissioned by the BBC to do the programme) got in touch with me, my first thought was “amazing”. Tourette’s is such a great thing to get on television to raise awareness, imagine how many people would see it and how it would raise awareness. But that thought didn’t last long!

I was nervous about exposing me and my condition to the world. I was also worried about how Helo Halo would film it. A lot of programmes that feaure Tourette’s focus on the swearing and that really isn’t all there is to Tourette’s. Luckily I had a fantastic, supportive, understanding filming crew, who were incredible.

I wanted to take part in the programme because I was afraid to go out on my own. I met four other people with Tourette’s who were going to help me build confidence which I desperately needed, and I wouldn’t feel on my own.

The programme portrayed a bond forming between you all. Are you still in touch?

Yes, we’re still in touch, mostly though Facebook, but I know they are always there for me if I ever need them and vice versa. They have helped me so much. Even though everyday is still a struggle and I do still find it hard to go out on my own sometimes, there are days I wake up and tic loud and proud and don’t feel embarrassed at all. I wouldn’t have been that confident if it weren’t for them and I can’t thank them enough!

You allowed the film crew to record a very personal experience. What benefits did you get in return?

The TV programme gave me a chance to raise awareness with everyone, including my family! It has helped them to understand what I was going through, as I found it hard to talk about it. It has given me freedom, confidence and has also helped me promote my artwork which I am thankful for. People have been in touch and sent me the most amazing messages – it’s been incredible. 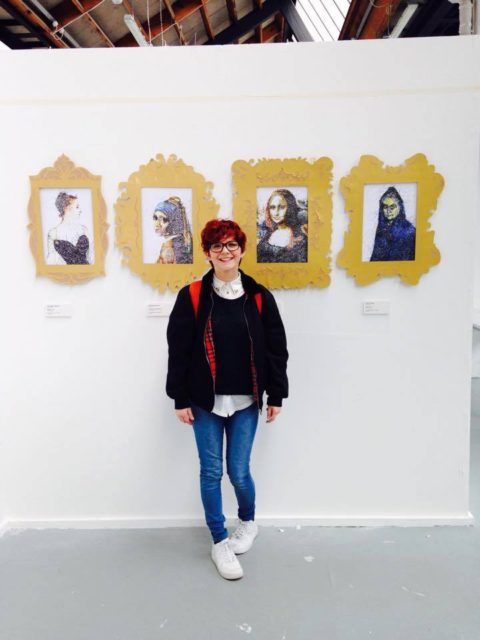 I’m glad you mentioned your art. We saw some amazing works in the documentary. How has having Tourette’s impacted your art?

I suppose a negative would be if I wake up and have a bad tic day then I won’t be able to sit and physically draw. My won’t let me, and because I get frustrated that I can’t do it, my tics become even worse! I’ve had to change my drawing style so that if I do tic, it doesn’t look like a mistake. It’s my signature style now.

You developed Tourette’s when you were at university. How do you feel about having it?

A part of me feels angry. I had to leave work because my tics got so bad when I was in crowded situations, and my swearing became worse. I’ve worked since I was 15 so it was so hard to come to terms with the thought that my life was over. I’d imagined myself in an art job, a graphic designer perhaps. I’d wanted to teach, but my tics got in the way all the time and to concentrate on learning something was just impossible.

How did Tourette’s happen for you?

I started ‘twitching’ when I was 21, in my 3rd year of uni after suffering a minor stroke. It took three years back and forth to the doctors and waiting for a specialist to see me. I was eventually diagnosed at the age of 24.

I was relieved that I finally got an answer but I remember coming out of the hospital room and my eyes filling up with tears thinking ‘what now?’ ‘is it going to get worse?’ ‘what’s my life going to be like now? This wasn’t in my plan’. Well now I know you can never plan! My life had just flipped and it was scary.

What did you think was happening to you when you first started to tic?

When I first started ‘twitching’ (it’s what I called it back then as I didn’t realise they were called tics), it was in my neck, shoulders and wrists. I thought it was just part of getting better after the mini stroke I had.

How did you cope?

I started to hide away at this point, keeping my distance from friends and even family. I would pretend to go out, but would hide round the corner of the house. I’d go outside or into the toilets at uni when they were empty, just to let the tics outs. As my tics got worse, it became hard to keep it a secret. It’s mentally and physically exhausting. It hurts and makes me feel really sick.

By far the biggest impact it’s had on me is emotionally. I remember crying every single day, I couldn’t get my head around the fact that I went to bed completely fine one night and woke up completely different! It was so bizarre!

So your future. What’s the dream?

Well to be honest, my dream has already come true – my art! People have seen it and love it. I’m overwhelmed with the comments I’ve received and the fact that I’ve adapted my style to accommodate my Tourette’s wows them even more

I want to grow my confidence and will definitely be doing more exhibitions. I’m going to take each day as it comes. My Tourette’s is getting worse, so there’s no point in planning anything. But I’m very happy with what I’ve achieved since I took part in Misfits Like Us, so I hope things will continue to go well for me. 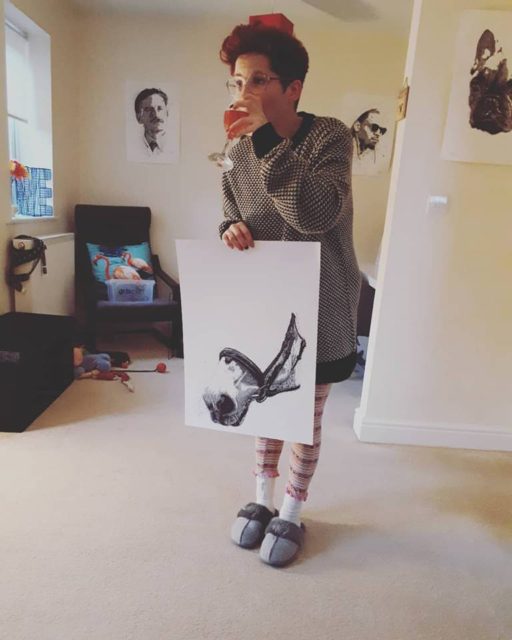