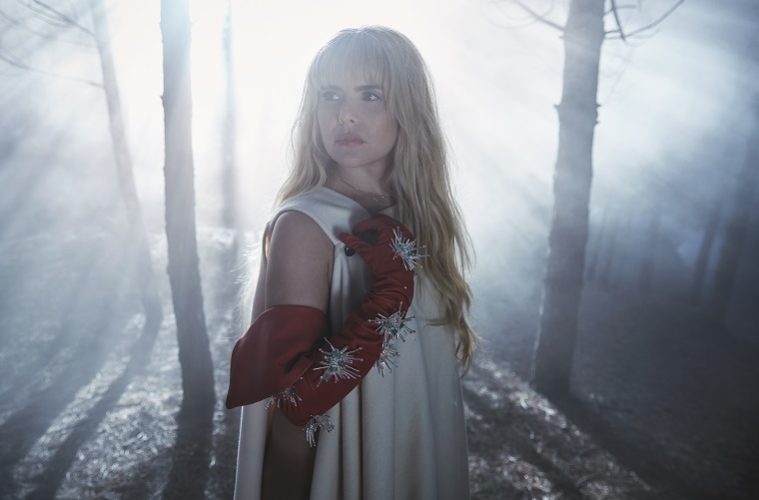 Becoming a parent is just about the biggest event in anyone’s lives, bringing with it a raft of challenges and unforeseen scenarios that potentially pose the sternest of tests. For Paloma Faith, the experience of being a new mum may have left her wondering where her next night’s sleep might ever be coming from, yet it’s brought a renewed sense of purpose and focus to her music.

“I’m trying to juggle being a mother and a singer. I have no idea how I am managing, but I am somehow,” she laughs, recounting her whirlwind existence recording her fourth studio album.

The 36-year old Londoner has already amassed an enviable career over the past decade that has seen her become the only female artist beyond Adele to have three double platinum recordings to her name.

“I was surrounded by lots of different types of music” While it’s been a road requiring plenty of hard graft, her artfully soulful sound and quirky style have undoubtedly played their part in propelling the Hackney-born star to success.

The singer’s latest offering, The Architect, follows boldly in its predecessors’ footsteps, showcasing her distinctive powerful vocals that have earned comparisons with everyone from 60’s icons such as Etta James and Billie Holiday, through to the late Amy Winehouse. 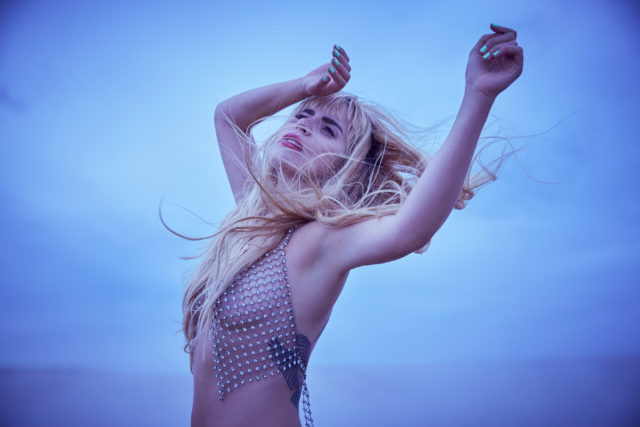 As she admits, she’s hoping her latest work, partly recorded in America, might yet crack the elusive holy grail of top slot in the album charts. If the slick, yet lyrically reflective lead single Crybaby is anything to go by, then the signs are indeed looking promising. It seems the singer is enjoying a comparatively settled phase of her life living with French boyfriend Leyman Lahcine, and it’s apparent that starting a family has directly influenced her music.

“I do feel my approach to music has changed since I’ve become a parent – which does have an impact. With difficult things that are happening in the world, you feel protective and want to make things comfortable for your family.

“I think things are changing in our history and maybe not for the better, which is something I’m concerned about. I feel there’s a sense of duty to talk about events.”

Much like any other artist in the limelight, her rise has come with the perhaps inevitable burden of being followed around by the ever-hungry paparazzi. 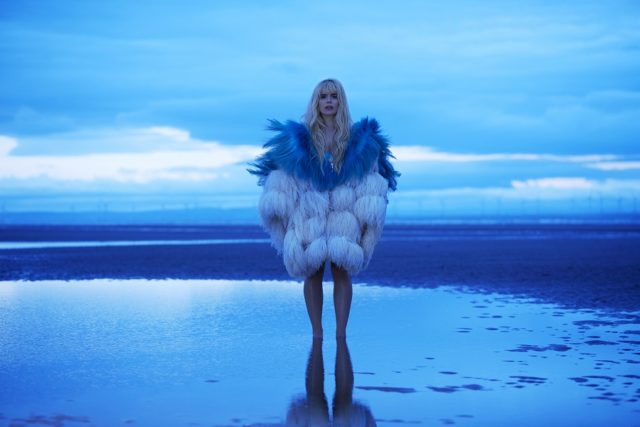 Everyone from Hello magazine through to the national red-top national papers has been waiting to secure pictures of her new youngster, whom she is keen to shield from un-necessary public attention.

“I value my privacy more so than ever now, as it’s a real responsibility being a parent, and I want my child to know itself first rather than everyone else feeling that they know all about them.”

Such determination to do things on her own terms has proved a consistent theme throughout her career, and something that has helped her stand out from the crowd.

As she recalls of her childhood in East London, the half-Spanish artist says that she always had something of a creative streak. However, it was far from obvious that she was destined to become a singer, with her initial studies being at the Northern School of Contemporary Dance.

“Growing up in Hackney, I was surrounded by lots of different types of music – from my mum, I remember listening to plenty of revolutionary music from the 60’s such as Bob Dylan, while my dad was really into jazz, which is where my interest in all that comes from. 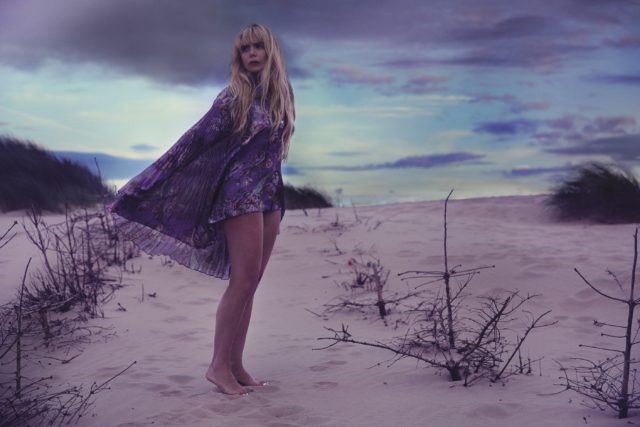 From her early CV that spanned everything from being a life model, cabaret dancer and bartender, to a gig as a magician’s assistant, her rich experiences have offered plenty of tales and adventures to fuel her inventive songwriting.

As if to underline her determination, she famously walked out on a deal for a record contract when the agent watching her refused to stop texting on his phone. Needless to say, it was very much his loss, and the wider music industry’s gain, for Paloma then secured a major deal that set in motion her strikingly memorable debut album.

To her credit, Do You Want The Truth or Something Beautiful? blazed a trail into the top 10, and proceeded to lodge in the album charts for the next 100 weeks. But how does she look back on it now?

“Well, that was nearly 10 years ago, and it was what it was. But I think it is great that I’ve managed to sustain a career as unfortunately not many people get to make more than one or two albums these days,” reflects the singer on what she feels is now an over-saturated market.

By her own admission, trying to sustain a fanbase and avoiding the trap of merely recreating a formula for previous hits has offered plenty of challenges. But as she enthuses, she is not one to rest on her laurels, and ‘likes to mix things up a bit’ which is certainly the case with her latest material. While her towering vocal abilities have continued to garner contrasts with the late Amy Winehouse, it’s something Paloma is entirely at ease with.

“I’m flattered by comparisons to Amy. It’s not something I am offended by, though I am quite different.

“When she met me once, she asked if I played an instrument, but I said no, and she said that was a shame as she would really have liked someone like me in her group.

“I was a massive fan of hers, and after watching the documentary about her life, I actually wrote a song for her, Price of Fame, which is on the new album. Her death was such a tragedy,” adds the vocalist with a note of sadness. 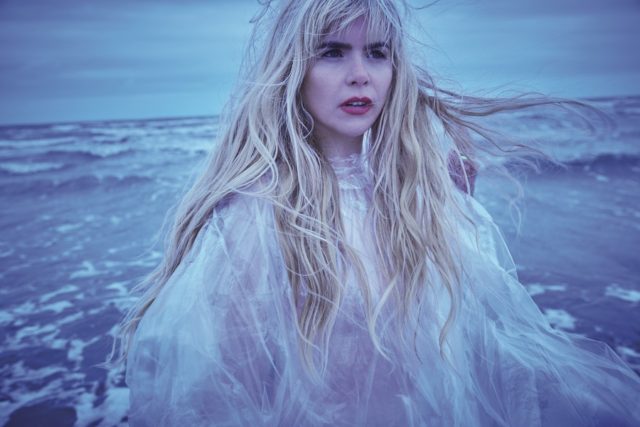 Her down-to-earth manner is a breath of fresh air in an industry awash with egos…and her willingness to give something back was seen with her time on The Voice series. Beyond being a vocal mentor, she was determined to help those under her wing with additional songwriting classes. As for her own career, having been nominated several times for a Brit Award, persistence paid off two years ago as she claimed a long-awaited win in the best female solo artist category. Being in an industry that is often quick to cast judgment, she felt there was a real sense of vindication in claiming the coveted accolade.

“It was amazing to win the Brit Award and to finally gain some acknowledgement. I come from a long line of people that haven’t really been acknowledged for what they did. I think there are a lot of people out there doing important work, like doctors and nurses who don’t get that recognition they should.”

With a major award to her name, there has been plenty of hype surrounding her latest release, bolstered by notable additions including an appearance from Samuel L Jackson and a duet with singer songwriter John Legend in the mix. Besides the album, fans will have to wait a little longer for her next UK tour, which kicks off in March. It’s destined to feature some of Paloma’s trademark self-designed sets to spark the tone for a hit-packed series of shows.

“The only reason I do what I’m doing is because I love touring – as when I’m out there I am excited and feel that I’m in the right place,” adds the engaging singer, who may well have a little more to think about with a young child in tow, yet it won’t stop her from enjoying every single moment.