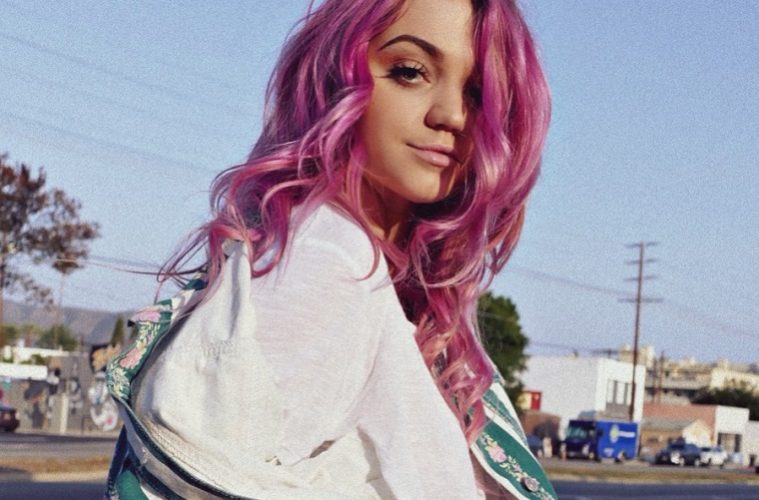 Riley Biederer is a 22 year old singer/songwriter from the Northern suburbs of Atlanta. Her distinctive and unique sound is best described as pop with an edgy, soulful twist. Riley Biederer has built her social media following from nothing through her performances across YouTube and auditions on season 9 of the talent competition ‘The Voice’. We caught up with Riley Biederer 3 years after she performed live for our YouTube channel to discuss what she’s been up to since…

Q1. Hi Riley Biederer, thanks for taking the time to speak with us! For anyone who hasn’t heard of you yet, give us a bit of an intro to you and your life.

Hi there! I’m a 22 year old pop singer/songwriter from Atlanta, now living out in Los Angeles! Around the age of 15 I signed to Elton John’s ‘Rocket Management’ and was lucky enough to be with them until I was about 19! I was on season 9 of The Voice and made it to the Live Playoffs on team Pharrell (and at one point team Gwen). After that, I went on a national tour with Nick Carter and recently won the Katy Perry episode of the Ryan Seacrest produced YouTube show Best.Cover.Ever. I have recently relocated to California to pursue a career in Songwriting while I develop myself as an artist as well.

Q2. What was the first record you ever bought?

It’s a bit hard to remember which one was first. I’m thinking it’s probably a tie between Avril Lavigne’s “Let Go” and Britney Spears’ “…Baby One More Time”.

Q3. Have you always been passionate about music?

As long as I can remember I’ve been super passionate about it. My grandma was a singer and my mom is really talented too, so I sort of grew up around a lot of music in the family. I think around the age of 9 or 10, I started writing songs and I decided it was really what I wanted to do.

Q4. What would you say has been your biggest achievement to date? Do you have any ultimate life goals you are yet to achieve?

I’d say getting to perform with Katy Perry on Best.Cover.Ever is a pretty huge accomplishment for me. She’s always been someone I idolized as an artist and a writer so that was a big moment. Getting to work closely with the people who I have is also a huge one. I’ve been really blessed with having the privilege of working with some super monumental people and it’s honestly helped me grow so much as an artist. I’ve been put into a lot of super incredible sessions with really great producers and writers, so that’s a big one for me too. Ultimate life goals is a crazy one; there’s so much I want to accomplish. I would really die to one day to go on a stadium tour and sell out shows as a headliner. That would be incredible. Of course I really just want to put out music that connects with people and be able to make a living out of it. I can’t really imagine doing anything else, so it’d be great if that worked out. (laughs)

Q5. Who would you say is your biggest inspiration and why? 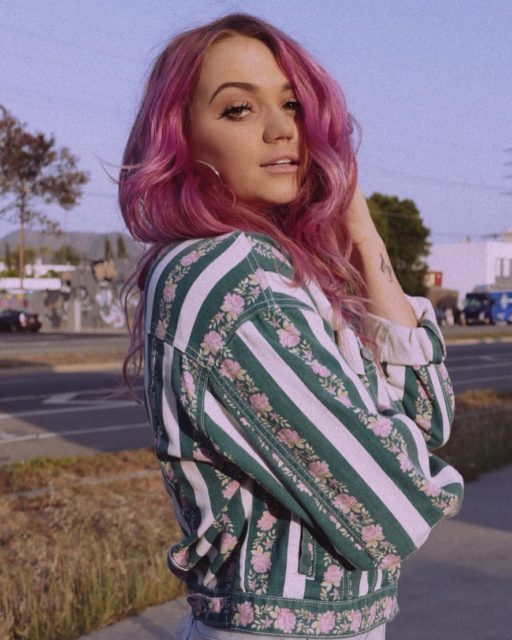 One of my biggest inspirations is Julia Michaels. I just think she is so incredibly talented in so many ways, but mostly in her songwriting. I would kill to work with her and she seems like such a dope person as well. She’s written so many songs for so many people and now she’s able to be her own artist, and that’s honestly just goals for me.

Q6. If there’s anyone you’d want to collaborate with, who would it be?

I’m just gonna refer to the above question/answer: Julia Michaels for sure! I would also love to work with John Mayer someday, he’s another one that I really look up to and love.

Q7. Do you have any plans for new music or any other projects in the near future?

I actually just wrote and featured on a song with a dope DJ. I won’t name names yet, but I would keep your eyes peeled in the near future. As for my stuff as an artist, I definitely have plans to release some stuff eventually, I just really want to make sure it’s perfect and true to myself as an artist – so I’m constantly in the studio working and writing.

Q8. What was the best gig or festival you’ve ever played and why?

A lot of the shows I played while I was on tour with Nick Carter were pretty amazing. I played a sold out show at House Of Blues in Chicago, and my whole family is from there, so it was pretty awesome to be able to do that and have them all there. Another awesome one was Montreal in Canada; the people there were so amped and it was so fun!

If you count The Voice performances, those were obviously amazing as well. I just love playing for an engaged, fun crowd.

Q9. What’s the most embarrassing thing that’s ever happened to you?

If you’re looking at it like ‘in life’, it was definitely pretty embarrassing when I super glued my eye shut at age 8. That was super fun. But if you mean ‘on stage’, I’ve actually been so lucky in not having so many embarrassing things happen to me during performances. I remember one time I was singing and an amp caught on fire behind me. I suppose that was pretty awkward. I had no idea and everyone was freaking out and I was convinced it was because I was just that incredible. Joke’s on me!

I hate this question – I can never decide. I’ll do this:

My favorite song right now- I’m obsessed with the entire Loote album for sure, but I love “Wish I Never Met You”. The whole thing is just such good Pop music there’s nothing to complain about.

Songwriting wise, one of my favorite songs ever- “Jealous” by Labrinth. I think it’s such a beautiful and heartbreaking song, it honestly never gets old.

My goal is to get as many cuts with other creators and artists as I can. I would love to release a song or two, but I’m loving really digging into the songwriting world at the moment. I’m just in a super creative time in life and I’m surrounded by a ton of creative people; it’s just really exciting for me.