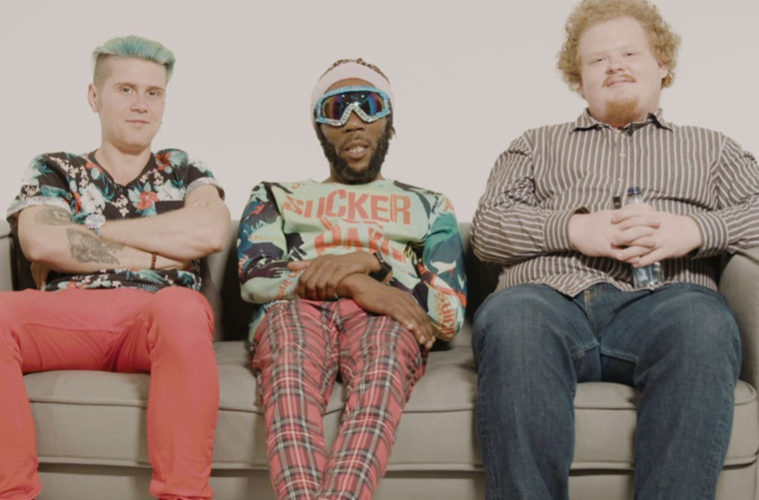 Too Many Zooz are the subway sensation known for collaborating on Beyonce’s Lemonade as well as a searing series of live busking viral videos. Pioneering the sound of the streets, their recent single Warriors featured in the Google Pixel 2 advert, seeing the track garner huge TV plays across Europe, North & South America and Japan.

Now an official Transatlantic collaboration between New York’s finest animal lovers, Too Many Zooz and (until recently) London’s most mysterious record producer KDA, Warriors has been picked up for release by the UK’s biggest dance music label, Ministry of Sound. As if that wasn’t enough, the collaboration has been given the highest tastemaker award in the country, being named as Annie Mac’s Hottest Record in the World. The new version of Warriors demands your attention. A clash between two acts that has created an undeniable summer anthem.

It gets better, because the guys are heading to London next week, performing at the Red Rooster in London on Friday 27th and Saturday 28th July. Then they’re heading to Cornwall to play one final UK tour gig at the Watering Hole in Perranporth on Monday 30th July, before jetting off to Canada, Ukraine and US, so don’t miss this opportunity to see them perform live on your own soil!

Not only do the guys boast an incredible talent in music (obviously), but they also ooze character and sense of humor, clearly captured in our exclusive interview, (a rare opportunity given that the band are so extremely busy touring and producing). Leo explains he is the most vain band member who admittedly lives “in front of the mirror”. Matt would be the first to move to a remote island but what do you think he would need with him? Watch the video interview below to find out…

For more info on Too Many Zooz, check out their links below: