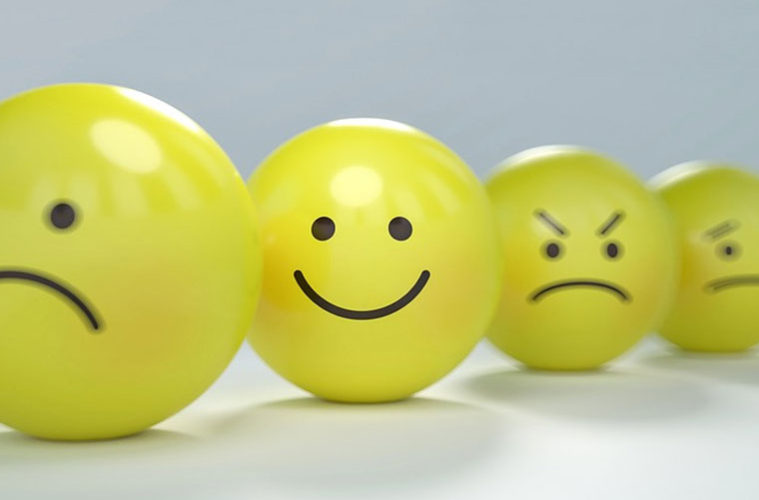 Back when texting first became popular (the first text message wasn’t sent until 1992), content was limited to alphanumeric text. People who are, well older, might still refer to texts as SMS – Short Message Service – and they’re probably also guilty of still calling emojis “emoticons” or ideograms too.

Now, visual content rules. It’s value is uncontested – you’ve only got to take a peek at social media or a look back at your messaging to see how heavily emojis, Gifs, stickers and the like feature. The bottom line is that visuals are more memorable and effective, because they pack a greater punch than text – they also get better engagement across social media platforms.

More than 900 million emojis are sent on Facebook messenger every day, without text, and another 700 million appear in Facebook posts. Earlier this year, Unicode’s 11.0 update released a new Ginger emoji to celebrate redheads, so there are new emojis to try all the time. In fact, the stable of emojis stands at almost 3,000.

And let’s face it, they’re fun to use.

This is not an innocent wink, it’s suggestive, and frankly getting it from your dad is weird.

The face with tears of joy or LOL emoji is the most used emoji on Twitter. But a word to parents the world over, this is crying with laughter, not crying. So sending this to us when you’ve had to have the dog/cat/gerbil put to sleep is not appropriate.

Then there’s the mum who thought this was a Hershey Kiss. It’s not chocolate ice cream either.

The 2018 World Emoji Awards are now open for votes. Categories include:

Best New Emoji, awarded to the most popular emoji addition of the past 12 months. Last year’s winner was Person Facepalming, and this year, Face with Monocle, T-Rex and Broccoli are among the contenders.

Last year’s Most Anticipated Emoji was a Flag for Wales, and this year the toilet roll, the skateboard and a pirate flag are battling for supremacy.

Excellence in Emoji Use is a new category, awarded to whomever is the most expressive, emotive or outright expressive with their emoji use and Roger Federer is up against Snoop Dogg and Cher for this year’s newest emoji award.

Emoji of the Year is awarded to the emoji that best describes 2018. 2017’s winner, the middle finger, was announced from the New York Stock Exchange.

There’s still some, although not a lot, of time for you to cast your vote: the voting period ends later today.