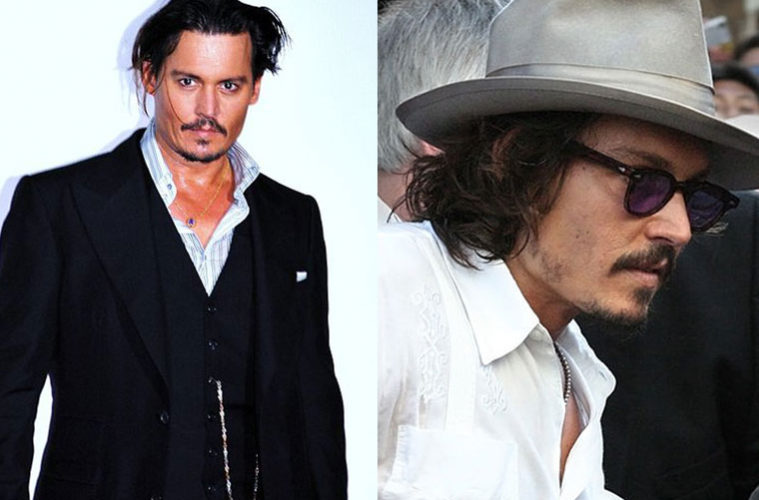 Johnny Depp is facing a law suit after a film crew member alleged the actor punched him twice in April 2017. The alleged incident occurred on the set of upcoming crime film City of Lies when the location manager was trying to enforce permit restrictions outside the Barclay Hotel in downtown LA.

According to Greg “Rocky” Brooks who sued Depp on Monday, the confrontation occurred after the actor wanted filming permits extended past the 11pm time limit granted by the permit official. Allegedly, Brooks advised the director that shooting would have to halt and was told “Why don’t you tell that to Johnny Depp?” Brooks states that when he went to do so, Depp yelled “Who the fuck are you? You have no right to tell me what to do!… I don’t give a fuck who you are and you can’t tell me what to do!”, before punching Brooks twice in the lower left side of his rib cage. Brooks’ law suit alleges that the actor’s bodyguards had to intercede and that he could smell alcohol on Depp’s breath.

Living in the public eye means that every action and reaction of our celebrities is watched, judged and reported by fans and media alike. Pressure, distress or a simple lapse in judgement – whatever the reason for the celebrity misbehaviours, Depp is not the first in the spotlight to lash out.

Justin Bieber has picked fights with fans and paparazzi, backed by a team of very large bodyguards. In summer 2016, Bieber was sorry to make another mistake when he told a fan, 6’5″ Lamont Richmond “No autographs tonight, motherfucker”, when Lamont asked for a photo and autograph for his two female friends. A brawl ensued which resulted in Richmond restraining Bieber. Since the brawl Richmond has received death threats for Beliebers and was fired from his job. Is it too late now to say sorry?

Rihanna has always played the rebellious card, promoting her devil-may-care attitude in her music, performances and social media. But in June 2013, her behaviour towards fans was proof this good girl had gone bad. During a show in Birmingham, Rihanna smacked a fan on the head with her microphone after they reached out and grabbed the singer’s arm during her walk into the crowd. All neatly recorded on Twitter apparently. In May 2014, RiRi shared her opinion of a teenage fan (Alexis Carter) who wore an outfit based on Ri’s 2010 Grammy dress to her school prom. The cruel post was shared with some 35 million fans. And the media.

Pop princess Ariana Grande, who recently got engaged to Pete Davidson, drew intense public scrutiny in 2015 after an incident involving doughnuts. Footage filmed on 4th July, American Independence Day, shows the American singer licking a doughnut followed by her outburst at a shop employee carrying a tray of fresh doughnuts: “What the fuck is that? I hate Americans. I hate America.”

Grande’s apology “…let me once again apologize if I have offended anyone with my poor choice of words” allegedly left her overlooked for a performance at a White House gala. Seems like this dangerous woman really does do things that she shouldn’t.