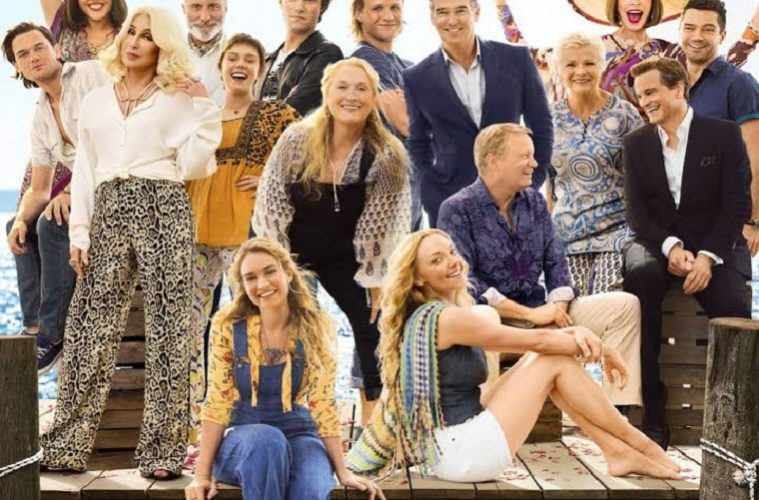 The release of Mamma Mia 2 immediately brought with it box office success and within the first weekend, had ranked as the fourth biggest movie of 2018. Such response is not unexpected with the popularity of the musical-to-screen adaptation from 2008, which has become a cult classic across the globe. But why is it that the happy-go-lucky plot and heavily synthesized songs continue to draw in crowds so readily?

An obvious answer would be that everybody loves a musical, especially if it is set on a beautiful Greek island. But the reality reveals the importance of the band behind it all and the young Swedish musicians that started everything: Abba.

me since mamma mia 2 came out : pic.twitter.com/ZabovlWF6g

Abba songs are, to quote Meryl Streep, ‘in our DNA’ and they are something that we can often use to connect with strangers regardless of language. Hits such as ‘Dancing Queen’ and the title song ‘Mamma Mia’ remain part of our playlists years on, despite the difference in lyric and sound to chart toppers such as Ariana Grande and Dua Lipa. Why exactly is that?

After watching Mamma Mia 2 i’ve decided for my 21st I don’t want a meal or party. I want everyone to come to a karaoke bar when I pretend to be young Donna with my girl band and we sing ABBA all night.

The songs themselves are extremely melodic and easy to tune into without needing to be a Mozartian music college graduate; the range sits comfortably in the middle for pretty much all voice types, with harmonies surrounding them with which to join in (like the Friends theme tune). On top of that, the texture is built up gradually to include multiple different instruments, all of which with a major feel that is ultimately uplifting and (when paired with a dance beat) toe tapping to keep pace with. Working together these qualities make for a well blended fusion of pop with folk.

It might sound complicated, but this unique mesh of musical factors results in something that ultimately becomes easy on the ears in how planned out it is. In almost symphonic fashion, the tunes develop themes from the starting point all the way through to the end. The oscillating arpeggio idea from Dancing Queen is what most people remember, leading into the falling octave. Whether or not they know the jargon for what exactly it is they are singing along to, it is still these features which the majority of listeners find memorable.

In answer to my question/statement of what makes Mamma Mia 2 successful and why Abba remains so important in the Twenty-First Century, it is that nobody has gone to quite the level that Abba did in working on a perfect blend of the complex and the simple. As a result, nothing can quite match that exciting sound they produce which presents the mind with a thousand shades of light and dark; music that is enjoyable for the details and in the background.

And also, the stories that are told in those songs will always be timeless. Everybody knows what it is to have a ‘last summer’ where you don’t know the ‘aim of the game’. Life wouldn’t be life without feeling that it’s a ‘rich man’s world’ or that sometimes we ‘win when we lose’. In this essence, Abba will always be the Aesop of our modern times.