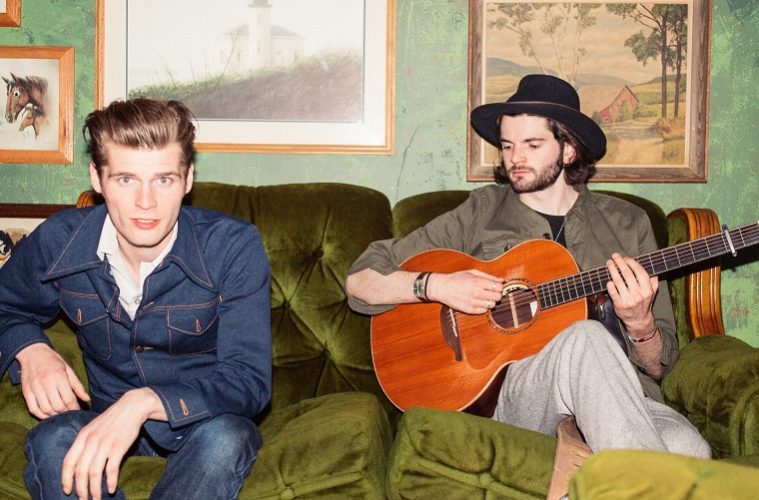 Harry & Alfie Hudson-Taylor are brothers from Dublin together making the folk duo ‘Hudson Taylor’. The multi-instrumentalists developed their love of music by busking for strangers on street corners across the globe. Having recently released their beautiful new EP ‘Feel It Again’ and touring the US, they’re currently spending their summer playing festivals all over Europe. We had a quick chat with the duo to discuss how they’ve achieved all they have, their latest EP and future plans…

Q1. Hi Hudson Taylor, thanks so much for taking the time to speak to us! How would you guys explain yourselves and your sound to people that haven’t heard of you yet?

Hi there! Pleasure to speak to you. Our sound sits somewhere in the world of Folk Pop/Americana/Rock. Predominantly lead by us two singing in harmony.

Q2. So have you guys always played music together? And is this something you’ve always wanted to do as your careers?

We’ve been playing music together for 10 years now. When we started we just put videos up on YouTube and went busking on the streets of Dublin. We didn’t know we would end up doing it full-time as a career.

Q3. I love your latest EP ‘Feel It Again’ how was the writing process for it? 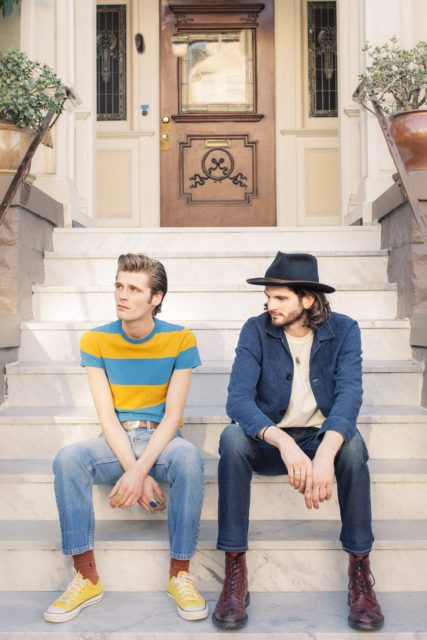 We draw inspiration from what’s going on between us and around us with family, friends, and in wider society. The writing process usually consists of us either separately or together coming up with ideas, whether that be lyrics, melodies or guitar riffs, and then finishing them off together.

Q4. What would you say is the meaning behind the EP for you?

It’s about travelling around with our best friends all around the world. It touches on the love of being out on the road. Its mood is all about going forward and taking things as they come.

Q5. What’s been your most memorable career moment for you so far?

In 2013 we accidentally ended up on the mainstage in Hyde Park opening for The Rolling Stones when at the last minute Tom Odell pulled out because he had a chest infection. So we played to approximately 40,000 people in the height of summer opening for the Stones.

Q6. What are both of your ultimate life goals for yourself and for the band?

We have already reached so many goals we set and so you have to remind yourself of where you’ve come from and pat your younger selves on the back and say “Look lads! You did it!”. For the band our goal is to continue playing to more and more people. To continuously expand and develop our live show and write lots and lots of songs. The Beatles released over 200 songs. It would nice to get somewhere into the hundreds anyway!

Q7. If there was anyone in the world you could collaborate with who would it be and why?

Big lovers of Paul Simon. We’ve both seen him play through the years and just loved his shows. His solo records and work with Simon & Garfunkel are some of the best music we grew up listening to.

Q8. Any advice for upcoming bands/artists?

Write. Write. Write. You can write 20 songs and 19 of them might be terrible. That 1 that is good could change your life. It doesn’t matter how bad you think the other 19 songs are, along the way you learned lots of great things you can’t even imagine.

Q9. When you’re not in the studio creating music what do you listen to?

Recently been listening to a very mixed bag. We both have different playlists building up and Alfie has become quite the DJ when we’re doing long drives from gig to gig. Some favourites would be Villagers, Bedouine, Elbow, Tame Impala, The Band, Beatles, Flyte, Andy Shauf to name a few.

Lots of touring. We are supporting the wonderful Hozier on his North American Tour in September and October and then on our own headline tour which is taking us through Europe, the UK and Ireland. Brings us right up to Christmas. Can’t wait to get going!