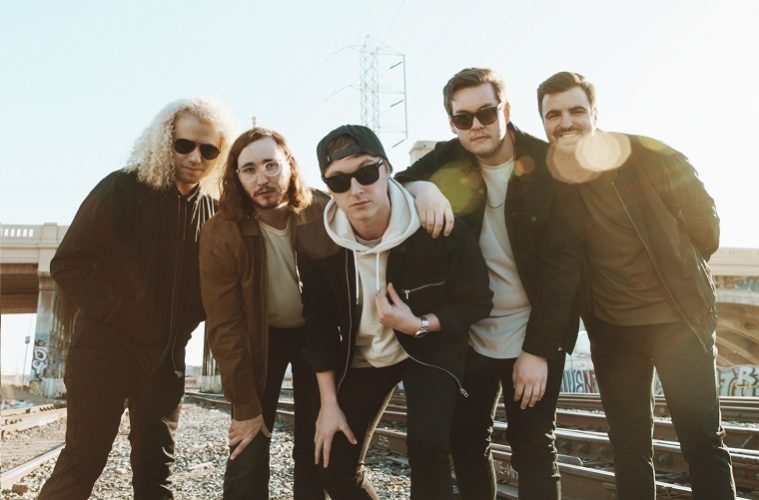 American pop punk band State Champs are one of the most high-energy and unique group of their type. The past few years has seen their popularity increase dramatically, the release of 3 albums and numerous around-the-world tours. We caught up with them to figure out how they have found their success and where they plan on taking it in the future…

Q1. Hi Derek! Thanks so much for taking the time to speak with us! How’s everything with you and the band at the moment?

Everything is pretty damn exciting right now. New record has been out for a few weeks so we’re very much buzzing from the response and carrying that into the Warped Tour atmosphere, which has been amazing to us so far, especially with the crowd reactions.

Q2. How would you describe yourself/the band and your music to people that haven’t heard of you yet?

Catchy, energetic, relatable rock music with some spice to it.

Q3. How did the formation of the band come about?

Myself and Tyler started the band in Upstate New York in 2010. We’ve been through a few member changes, however, our current lineup has been together for about 5 years and counting.

Q4. When was your first big break and how did this come about?

I think our first time we did Warped Tour in 2014 might have been our biggest stepping stone into getting the ball really rolling for us as a band. That was big. Also, when we opened All Time Low’s ‘Future Hearts Tour’ in 2015 with Issues and Tonight Alive.

Q5. What would you say has been your biggest achievement to date? Do you have any ultimate life goals you are yet to achieve?

I had always wanted to do a full World Headline Tour. When we finally did that on our ‘Around the World and Back’ cycle in 2016, it was a huge bucket list check off for the band. However, there are still parts of the world we have yet to visit and play to. We’re looking forward to seeing lots of new countries and continents this year and in 2019. I would also love to win a Grammy some day, haha.

We ended our last UK tour with our biggest sold out headline show ever at the O2 Forum in London. One of my favourite shows with the loudest and best crowd energy I’ve ever seen. It was special; I’ll never forget that one. 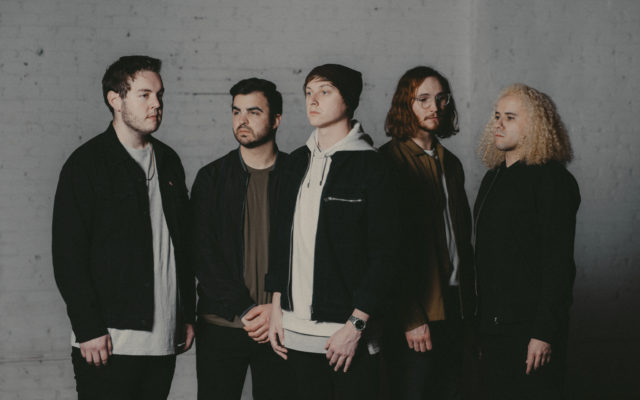 Q7. I really loved your second album ‘Around the World and Back’. How would you say this differs to your new album?

Living Proof is more dynamic than ATWAB. There are fast songs, slow songs, heavy songs, sad songs, and everything in between. It’s a bit of a cohesive roller coaster listening from beginning to end, but a fun one! I could be cheesy and say it’s more mature, and well, it just ultimately sounds better too.

Q8. When you start the writing process for an album do you have an agenda on the music you want to produce, or just go with the flow?

I think it’s important to not be afraid to try new things when writing for an album. We wanted to take as many swings as we could at finding unique elements that are outside the box and could make things more exciting than just a cliché pop punk song. However, we would never let anything that isn’t “us” end up on our record. I think we do a good job of managing certain ideas and taking our time with writing, keeping it as stress free as possible but without there being a tight agenda.

State Champs – ‘Out Time To Go’

Q9. Which track from ‘Living Proof’ is your favourite and why?

My favourite track is ‘Frozen’. I’m in love with the chorus melody and it’s so fun to sing. It was actually the last song we wrote and recorded for the album.

Q10. So you’ve just announced a headline UK and European tour. Are you excited to get back on the road?

More than excited. This is the biggest State Champs tour to date. We are planning things like the stage setup, set lists, production, and other surprises right now and it’s getting us so stoked. One show in particular I’m kind of nervous but excited about is Roundhouse in London. That place is huge!

My friends, my family, my pets, my favourite bands, my exes, lots of things, haha. I’ve always loved analyzing music as a listener and take that into effect when writing my own.

Q12. What are your plans after the headline tour?

We’re going to keep writing, recording music and playing shows until it’s not fun anymore, and I don’t see that happening anytime soon.