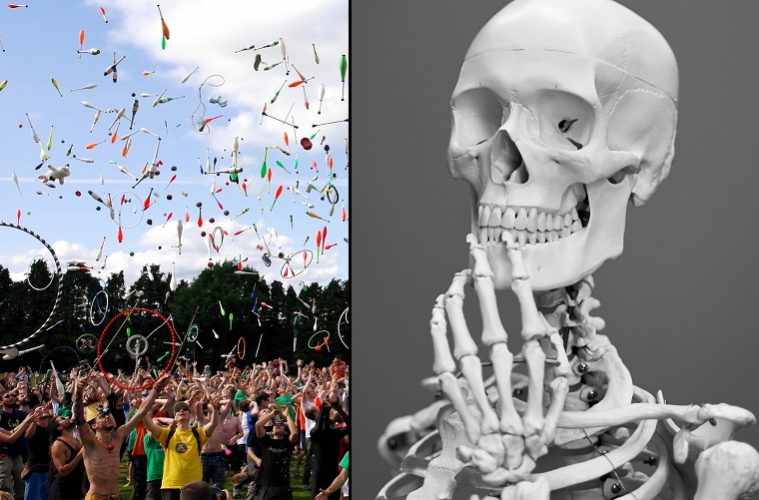 It’s official. Some of our UK universities are officially amazing. And that’s according to Guinness World Records who validate and verify every entry into the famous Book. And they should know.

Here are some of the Guinness World Records our home-grown UK universities have taken titles for.

In February 201, the University of Sheffield set the record for most people tossing pancakes. 930 participants attended, but 40 had to be discounted because they either dropped their pancake or didn’t manage to toss it in time. The record stands at 890 people.

In 2012, the University of Sheffield organised a mass pancake flipping event. There were 890 people tossing pancakes at the same time – a world record! #PancakeDay #ShroveTuesday pic.twitter.com/3utmWWZvkP

Also tossing, were 250 international students representing 100 different nations and more than 30 London universities who simultaneously tossed mortar boards and stole the title for the largest mortar board toss in 2012. The toss was on event in a calendar of record-breakers taking place in the run-up to the 201 London Olympic and Paralympic Games, the 14th in a series of 20 that were broken by World Record London. London Business School was host to the 2016 record attempt for most nationalities in a simultaneous popular music sing-along. 72 countries were represented by 224 people who sang John Lennon’s Imagine to celebrate the school’s diverse community.

Fifty students at Queen’s University in Belfast created the world’s largest Meccano structure. a footbridge measuring almost 29 metres and reaching across Belfast’s Clarendon Dock. The structure, which took four months to construct, used an estimated 10,000 pieces and was strong enough to hold a person’s weight.

Loughborough University is famed for its sports degrees, so it’s somehow appropriate that its Staff Cricket Club Chris’ Crusaders not only set the record, but won the match with 6,382 runs to rivals Waghray’s Warrirors’ 6,346. The match, which was played from 24 to 30 June 2012 is recorded as lasting 150 hours and 14 minutes.

The University of Swansea has helped at least two records to be broken. In October 2011, it hosted the local fancy dress company Joker’s Masquerade’s attempt for the largest gathering of skeletons – make no bones about it, they broke it, with 2018 skeletons.  It wasn’t the first time the two parties had collaborated – in 2009, they were record breakers for the most people dressed as Smurfs – 2,510!

Our favourite record is that held by the University of Warwick Jailbreak Society. In November 2014, the society launched its annual charity event with a record attempt to achieve the most people in one pair of underpants. Three hundred and fourteen of them.