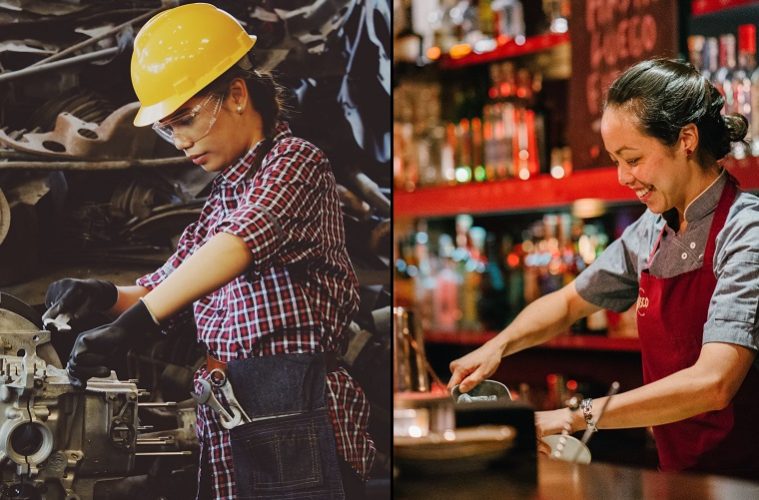 For many students, taking part-time jobs to juggle alongside your studies can bolster funds for a more hedonistic lifestyle or allow you to add some protein to a diet of instant noodles and Marmite on toast (other veggie spreads are available).

Part-time care or promo work, survey completing, sales or even tutoring are regular gigs that students do alongside their studies to fund them. And most students will look for seasonal work at Christmas or during the long summer break to add a few pounds to the piggy bank.

Here are some jobs UK students told us they’ve done during their time at university – no doubt there’s been some rejoicing that they’re only temporary.

On student was determined to be positive about his summer digging graves and caretaking a local cemetery, celebrating that his choice meant he got to enjoy the “great outdoors” all summer long.

Cleaning is a fairly easy task to carry out, in that it requires little formal education, but cleaning care-home commodes must be one of the worst. Some students have taken up cleaning post in their own halls of residence which could potentially be quite awkward: one student was so disgruntled at the way they were treated they stopped off in the staff room when let go to make sure the staff had “a little more cleaning to do“.

Some jobs are horribly monotonous: factory work in particular can be spirit crushing. One student registered with a temping agency spent five weeks changing a filing system from chronological to alphabetical, while another had to remove staples and paper clips from documents before passing them on to be processed. Another had a job putting together promotional flyers in bundles of 100.

Silver service has long been a student favourite for swelling funds. A male student heroically spent six weeks serving afternoon tea on ferries crossing the Irish Sea (the very rough Irish Sea) between Holyhead and Dublin. As he describes it, the job was “more a case of washing down than serving up!”

There are some cushy numbers though. IKEA has always been pretty generous with its staff perks and bar work inevitably means late nights, loud music and access to some free booze.

A student who brought up his “criminally low wage” for bar work with his manager was told to help himself to as “much drink as you like“. He confesses “That was the last memory I had of that summer“.

My summer job makes me remember why I go to college

You’d think cinemas would be a great place to work – regular screenings of the latest films, permanent access to popcorn and pick-and-mix. Apparently not. Even if you can get over the popcorn smell and the perpetual twilight of working without windows, the uniform might be a deal-breaker, with this student complaining the yellow trousers, shirt and cap made them look like “gorilla sick“.

A student in Surrey spent her evening as a pot washer in her local post office canteen and describes them as animals for their disgusting habits – food flinging and extinguishing cigarettes in their half-eaten food. No wonder parcels get damaged.

For a list of part time jobs listed according to university location, visit Student Job.com.

And be grateful: no matter how crappy your part-time job, spare a thought for others who rely on the same jobs to survive. Now there’s an incentive to study hard.