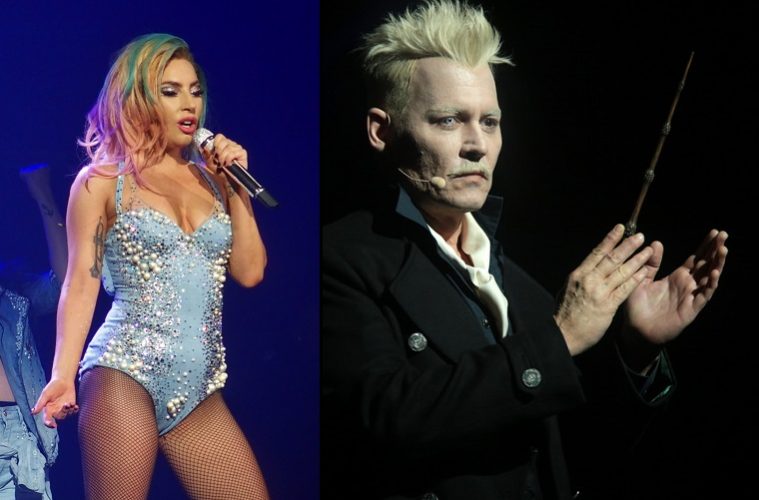 Well, what a summer! Scorching temperatures and weeks of uninterrupted sunshine may have topped up your tan but it had less of a positive impact on UK cinema attendance. The weather, combined with the World Cup, meant that box office figures between in June and the first half of July were down 19% on last year. Nevertheless, some cracking films were released and, as autumn approaches, there are some similarly great films on the horizon. Let’s have a look at some of them…

A Star is Born (5th October)

I’ve never quite forgiven Bradley Cooper for his association with The Hangover series: you’d be hard-pressed to find a more racist, misogynistic, homophobic and generally awful series of films which enjoyed such huge box office success. Anyway, not only does he direct and star in this remake-of-a-remake of a 1937 film (a 1976 version starred Barbara Streisand and Kris Kristofferson), by all critical accounts, he has done a magnificent job. A musical which charts the relationship between a country musician (Cooper) and an unknown young singer (played by Lady Gaga) who he discovers and catapults to fame, A Star is Born has been praised not only for the chemistry between its stars and the engaging music, but for Cooper’s deft direction, which one critic proclaimed “puts him on a par with great American actors turned auteurs like Clint Eastwood and Warren Beatty”. Maybe, just maybe, this is enough to atone for his Hangover sins…

There’s something rather odd about the Johnny English series of spy spoofs. They’re neither fantastic, nor terrible. They occupy a mediocre middle-ground – enjoyed by many but hardly a source of inspired hilarity. In this third film, English is called out of retirement after a cyber-attack reveals the identities of British secret agents and the usual mix of slapstick comedy, spy riffs and absurdity plays out to a familiar score. That’s not to say that there’s no enjoyment in the Johnny English films – for there are moments, every now and then, of comedic brilliance – but on an overall level they are disposable popcorn fluff, entertaining in the moment but ultimately forgettable.

Tipped as an early Oscar contender (as is, indeed, A Star is Born), Ryan Gosling’s latest film First Man sees him play Neil Armstrong in an account of the years leading up to the 1969 Apollo 11 moon landing. Directed by Damien Chazelle (who directed Gosling in La La Land) and co-starring Claire Foy as Armstrong’s first wife Janet Shearon, the film has been described by critics as a “powerful experience” and praise has gone to both Gosling and Foy for their sensitive performances. Controversy has been stirred, however, by the absence of a scene showing the planting of the American flag on the lunar surface, with suggestions that this is a political statement. Even the eminent film critic and cultural commentator Donald Trump has waded in on the issue: “it’s almost like they’re embarrassed at the achievement coming from America, I think it’s a terrible thing. When you think of Neil Armstrong and when you think of the landing on the moon, you think about the American flag. For that reason, I wouldn’t even want to watch the movie”. If there was ever a reason to watch a film…

Having already expressed my dislike of The Hangover films, I’m going to make myself even more unpopular by saying that I don’t like Queen. Quite why songs like “Bohemian Rhapsody”, “We Will Rock You” and “Don’t Stop Me Now” are revered by millions I will never understand, but there we are. As such, I don’t believe that I am the target audience for this biopic of Freddie Mercury and his fellow bandmates, but the fact that a teaser trailer received over 5 million views in its first 24 hours suggests that its audience will be huge. Rami Malek is well-cast as Mercury and, whilst director Bryan Singer was fired a month before filming finished on account of absenteeism and clashing with cast and crew members, producing credits from Brian May and Roger Taylor suggest that Bohemian Rhapsody will delight fans the world over.

The Nutcracker and the Four Realms (2nd November)

Disney originally intended to release its live-action epic Mulan on this date, but the studio pushed this back by more than a year to March 2020. So, instead, we have The Nutcracker and the Four Realms which stars Keira Knightley as the Sugar Plum Fairy, alongside Richard E. Grant, Matthew Macfadyen, Jack Whitehall, Helen Mirren, Morgan Freeman and Miranda Hart. The film should play well to family audiences, especially those interested in the ballerina elements, and it promises to be a good warm-up to the Christmas release schedule.

Steve McQueen makes a welcome return behind the camera in this heist film which sees four women turn to crime to pay the debts left behind by their dead husbands. A stellar cast led by Viola Davis, Michelle Rodriguez, Cynthia Erivo and Elizabeth Debicki give captivating performances and McQueen demonstrates his ability to create commercially-successful films with powerful and keenly-observed themes of suffering and hardship. As one critic wrote: “this is a proudly mainstream movie-a fun one, even-that just happens to have been made with conviction and intelligence and craft”.

If there’s one film on this list assured of box office success, it is this one. Eddie Redmayne returns with those cheekbones to play Newt Scamander, Ministry of Magic employee and hero of the Harry Potter spin-off series. Building upon the universe created by J. K. Rowling (and directed by four-time Potter director David Yates), the second Fantastic Beasts film sees Scamander confront the evil wizard Gellert Grindelwald (Johnny Depp), together with his old teacher Albus Dumbledore (played by Jude Law). Future films will follow, no doubt, to chart the whole 19 years before Dumbledore and Grindelwald’s momentous battle in 1945 but, for the moment, The Crimes of Grindelwald will put us – as films so often do – firmly in a fantastical festive mood.