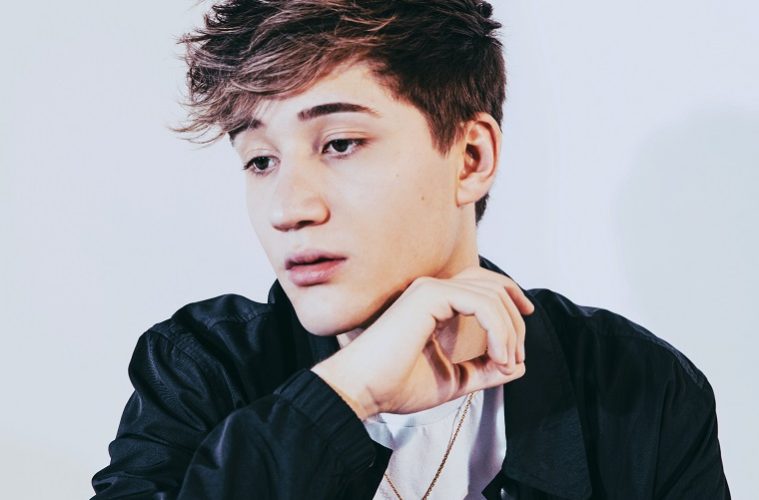 Pop newcomer Houssein on his journey so far and future aspirations

19-year-old pop newcomer Houssein is back with his third debut single ‘Summer Night’. Hailing from the likes of Musical.ly where he was the UK’s No1 solo male artist and West End musical theatre tours from the age of 11. We caught up with him to discover the true meanings behind his latest musical creations, inspirations and what his fans should be expecting from him next…

Q1. Hi Houssein, thanks so much for taking the time to speak to us! How’s everything with you at the minute?

Everything is going great at the moment – I have been keeping myself busy in between song releases with live show rehearsals, studio sessions and preparation for the next single release.

Q2. What have you been up to lately?

The most significant thing that I’ve recently done would be my latest single release, Summer Night. It was exciting to film the music video, we had a very cool set at Shepperton Studios, and I loved the moment of the song being available online – seeing all my fans reactions to it. I’ve been getting on with the preparations for the next release, such as getting together the music video, filming promotional bits of content, a few finishing touches to the track etc…

Q3. For anyone that hasn’t heard of yourself or your story, please give us a bit of a rundown.

So, I’m Houssein and I was born in London, my mother from England and father from Cyprus. I started music professionally at age 11 when I was in a West End musical theatre tour. I went on to make singing and funny videos on different social media apps and that has now transitioned into making my own pop music, which has always been the dream. I released my first single at the start of 2018, which received such a positive reaction from my fans and friends, and so I’m aiming to just grow as an artist, do more shows and continue releasing music that I like.

Q4. So your latest single ‘Summer Night’ is out. Can you tell us a little bit about the creation process for it?

I worked with an amazing writer, Steve Hughes, and producer, Ed Carlile – and we wrote a song together that’s actually going to be my next single… We were all very happy with how that turned out, so wanted to collaborate on a few more tracks, and that’s when we wrote Summer Night. I think the track really fits into where I want to sonically be as an artist, and it also allowed me to use more of my vocal abilities than my previous releases, so I’m really happy with how it turned out.

Q5. Talk us through an average week in the life of Houssein…

I drink a lot of tea… but in between the tea, I spend 99% of my time working on new song ideas, posting on my social media and engaging with my fans, planning releases and music video concepts, and most importantly annoying my manager by calling him at 1am to tell him my newest idea.

Q6. What’s the meaning behind the track for you?

I think a lot of people can relate to the feeling of really liking someone and wanting to chase them to get that feeling reciprocated. The song more specifically talks of an occasion where this couple had a really good time together, but the relationship never really came to fruition – so I’m “searching trying find what we had that summer night”.

I would love to be making music all the time, going on tour, working with a lot of talented producers/writers/artists and also I really want my drivers license, I still haven’t got around to getting it.

Q8. How did you first get into the music scene and why?

I’ve loved music since I was 6; I was in the choir, I played drums, guitar and piano, I loved doing musical theatre shows etc… so I don’t feel like I ever had a moment where I chose to get into the music scene, it just naturally happened.

Q9. Who are your musical inspirations and why?

This question always stresses me out, because I am inspired by so many different artists at different times for different reasons… but a few key players who influence my pop music would have to be: Ed Sheeran, Justin Bieber, Shawn Mendes, Troye Sivan, Billie Joe Armstrong, and Angel.

Q10. What should we be expecting from you next?

Well for 2018: a lot of new music, hopefully my best songs (so far); more live performances, which I’m really excited about, as I have a live band who are just so talented, and they’ve added a lot to my live show; and a few TV appearances.