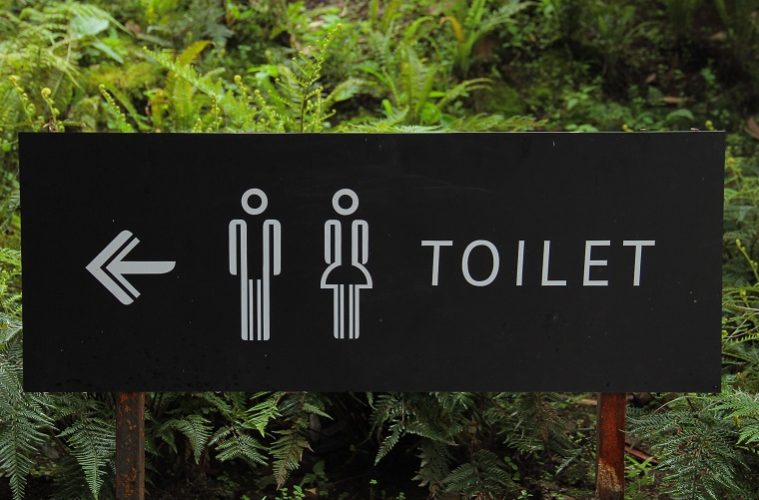 In what’s being hailed as a victory for the local LGBT+ community, the uni has pledged £3.4m to refurbish toilets across its all buildings, and most buildings will have designated toilets that fit the gender-neutral brief. Patterson’s Facebook post stated that the designated toilets would mean “both students and staff will have access to toilets where they feel comfortable”. Trans community members have reported that gendered toilets can be a source of discomfort, anxiety and even harassment, sometimes violent.

It’s not the first time news of Bristol’s privies has been privy to media coverage. Back in 2014, toilets on campus were decorated with a poster from the LGBT society, as part of the SU Trans Awareness Week. The posters read:

“If you’re in a public bathroom and you think a stranger’s gender doesn’t match the sign on the door, follow these steps.

1: Don’t worry about it, they know better than you.”

We're putting these on the walls of all the bathrooms on campus! @HPUKStudents Will you retweet? #transawarebristol pic.twitter.com/ogdClVOBhP

Despite coming under fire from the feminist community, who believed it encouraged men to enter women’s bathrooms, the poster went viral, gathering more than a thousand retweets, 10,000 likes on Facebook and more than 100,000 notes on Tumblr worldwide. In just three days. Oh, and Bath confirmed its own plans to launch a similar poster in its campus crappers.

Many institutions across the UK – the BBC and Home Office included – have gender-neutral or unisex bathroom facilities already, and previously the university has labelled disabled toilets as gender-neutral, a fact one gender-queer student says “is sort of true”.

Gender neutrality and inclusivity has long been a subject Student Unions across the country have supported, championed and campaigned for.

At the beginning of 2017, the University of Sussex became the first in the country to promote gender inclusive language with its official policy, advising students and staff to “avoid making assumptions” [about gender] and encouraging use of “they” and “their” instead of gender-specific words like “his” and “she” when addressing or speaking of a person whose gender identity has not been stated.

Warwick recognises ” the many non-binary and gender-fluid identities that exist, including trans non-binary identities” and began work last summer that increased the number of gender-neutral toilets available across the campus. Others that have retired the male/female segregation include Bath, Manchester, Bradford and Oxford universities.

Pleased to see that our toilets in the @educationgovuk London office are now gender neutral! pic.twitter.com/nbImqWaiOW

While some universities have gender-neutrality, the move to unisex loos hasn’t necessarily been because they are championing trans-gender rights, but maybe because these institutions consider gender division an outdated concept in our society.

Equality for all, and that includes our lavatories.