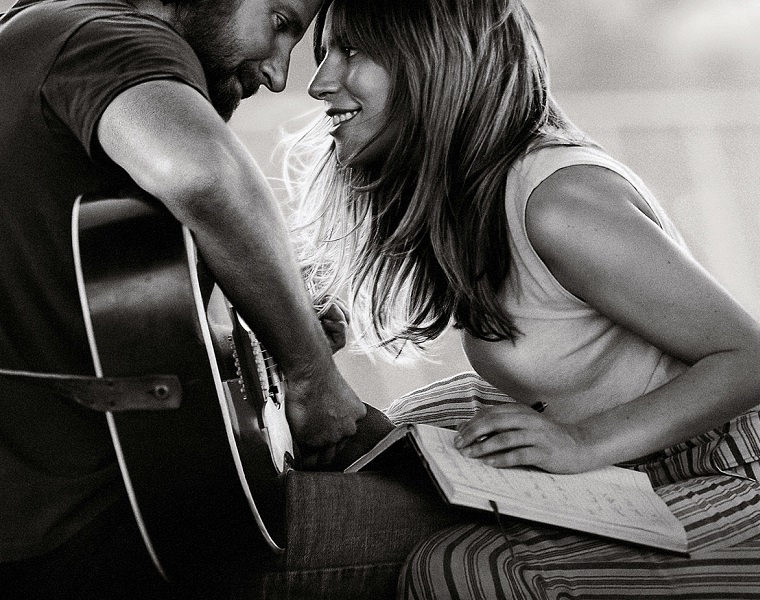 Film Review: A Star is Born

Certain stories hold a special resonance which allows them to work, no matter the time or place in which they are told. Their universal themes combine with a satisfying narrative arch to create something which adopts new meanings and reinforces original ones for diverse audiences. A Star is Born is one such story, a fourth version of a 1937 original, this time directed by Bradley Cooper and co-starring Lady Gaga. Some will be familiar with the previous remakes (especially the 1976 Barbara Streisand version); for others, this will be their first time witnessing the making, and destruction, of stars. Either way, this version is a compelling love story with near-perfect performances from Cooper and Gaga.

On first hearing that Bradley Cooper was set to produce, co-write, direct and star in A Star is Born, I was a little unconvinced, to say the least. Cooper had much to make up for, in my opinion, after his turn in The Hangover franchise: a supremely unfunny and often offensive series which enjoyed (undeserved) box office success. A Star is Born more than atones for these cinematic sins, and Cooper has masterminded a deeply-felt and powerful retelling of the trappings of fame and the strains of intense personal relationships.

Cooper is very convincing as Jackson Maine, a grizzled rock superstar, rarely seen without a drink in his hand and a bottle of pills in his pocket: his self-destructive rider before he heads out on to the bright lights of a stage in front of his adoring fans. Yet it is behind the camera that Cooper really excels, using short scenes and punchy dialogue to drive the narrative forward and to create a persuasive portrait of the difficult negotiations of fame. It would be tempting to rely on montage with such a story and, whilst there is an element of this (particularly as we see Ally – Gaga’s character – rise in profile as she joins Jackson on the various legs of his world tour), Cooper constantly brings back the drama to the central relationship between Jackson and Ally on which the film’s success rests.

As the title suggests, Jackson catapults Ally to stardom, first encountering her in a drag bar into which he has stumbled in search of a post-gig drink. Ally is making an appearance, straight after finishing her dead-end and under-valued job, and strides onto the small stage to give a rendition of Edith Piaf’s “La Vie en Rose”. Jackson is instantly captivated by her voice and the pair quickly develop an adoring relationship.

As Ally’s profile grows, so too does Jackson’s reliance on drink and drugs, and the familiar trajectory of the story – as one star rises another falls – is predictable but no less effective because of it. This interweaving of personal and public personas, the interplay between support and bitterness, and the sacrifices which have to be made in the name of fame, are handled with sensitivity and skill by Cooper behind and in front of the camera and, in particular, by Lady Gaga.

One forgets that Gaga is already an incomprehensibly-famous pop superstar, especially in the early scenes when Ally is unsure of her ability to offer her talents to the world. “All you gotta do is trust me”, Jackson tells a reluctant and nervous Ally as he invites her on-stage at his gig for the first time. It is this implicit sense of trust which anchors their relationship: a romance which tethers the film and which, amongst all the drama and conflict, remains the most affecting element of the narrative.

Lady Gaga’s performance is nuanced, impassioned, and entirely believable. Although not her first film, it was something of a risk to cast her in a role which demanded such subtlety and emotion as Ally moves from her obscure life to one of public scrutiny and immense pressure. Taking this in her stride, Gaga is captivating from an acting perspective, and (perhaps predictably) is also note-perfect in her vocal performance.

Gaga has a song-writing credit alongside Lukas Nelson (son of American country singer Willie Nelson) and several of the tracks in the film are genuinely good songs. The final track – which Gaga performs to astounding effect – is especially powerful, and will surely win Best Original Song at next year’s Oscars. In fact, if A Star is Born won Best Picture, I wouldn’t be surprised.

The cinematography and sound mixing is also great, and the scenes of Jackson performing to his thousands of fans look entirely authentic. The cocooned world of the rock stage, bounded by the bright lights and rooted by the riffing of guitars and the screaming of fans, helps to make the reality of Ally and Jackson’s home life all the more affecting. Early in the film, Jackson stumbles off stage and into his limousine, and is looked after by his driver (Greg Grunberg) and later by his older brother (played by Sam Elliott) with whom there is a troubled family history. Ally takes up some of this strain but, ultimately, struggles to control the (self-inflicted) demons which plague Jackson. His hearing – so fundamental to a musician – is also damaged and his tinnitus is conveyed to the audience very effectively by the sound design.

Despite all of this, the film isn’t faultless. Some of its characters are painted with the briefest of cliched brushstrokes (Rafi Gavron’s unrelenting manager is one) and one or two of the songs don’t feel as though they would actually be big hits in the real world (Ally’s rather uninspiring appearance on Saturday Night Live is a good example). And yet, the emotional punch, swung by Lady Gaga in the film’s final 5 minutes, seems to smooth over these flaws and it brings together the previous 2 hours of melodrama with stunning clarity. Sometimes, you leave a cinema after seeing a film feeling differently about the problems and relationships in your own life. And so it is for A Star is Born, retold over and over for different generations but with characters who, even in their celebrity, are intensely – and unforgettably – relatable.