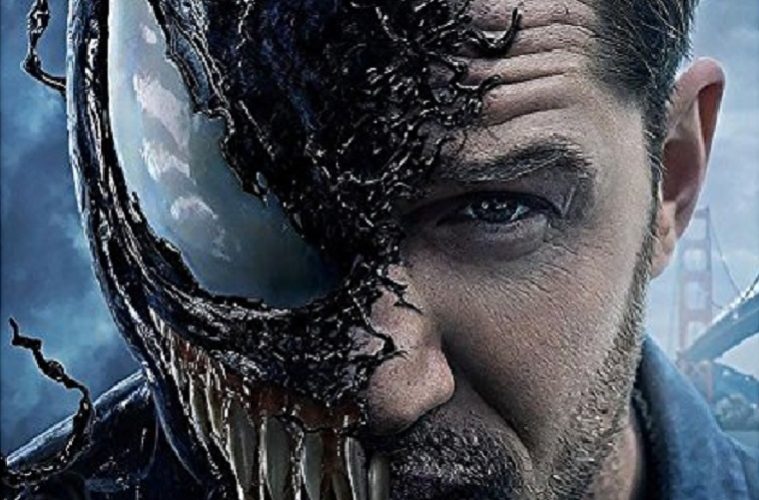 So what’s this venom character all about?

Right now, we are living in a world where we’re never really a few months away from seeing a superhero movie. Iron Man, Ant-Man, Spider-Man, Batman, Superman… So many men that it may as well be raining them. However, Sony has decided to go down a different path – a darker path – and bring anti-hero and all-round bad dude Venom to life on the big screen. Played by the awesome and gruff-as-hell Tom Hardy, Venom is a hulking mass of a thing (a bit like Tom Hardy really) – a muscled alien with evil-looking eyes, razor-sharp teeth, super strength, a decent set of talons and a tongue that would humble even Gene Simmons.

Currently in cinemas, comic book fans will undoubtedly point out that the movie version of Venom differs greatly to the one they know and love. The main difference between the two types is the origin story: Venom is essentially a sentient parasite (or symbiote) from outer space, which requires a host in order to survive. In the comic book, Venom actually spent some time as a darker and edgier version of Spider-Man after bonding with the web-slinger, before being cast away and spending some time with journalist (and general hater of Spider-Man) Eddie Brock. Brock is mostly the same in the movie version, but there’s no Spider-Man this time, with the alien symbiote finding its way to Brock by other means. It’s hard to call Venom a hero or villain, which is why he’s generally known as an anti-hero – good and bad depending on when it suits him.

Check out a clip from Venom here:

In the movie, Brock has the luxury of turning into Venom whenever the need arises, yet there’s a clear Jekyll/Hyde dynamic going on, as Brock struggles to control the alien’s own desires. When in Venom form, Brock can shoot some sort of cosmic goo from his body and essentially bite or claw someone’s head off in one go. Stopping such a horrific alien doesn’t sound so easy, however, the plot twist is that Venom isn’t the only symbiote on the block…

Naturally, with any superhero movie comes great cross-promotion marketing opportunities. Eminem has released the theme song for the movie, and our own British watchmaking manufacturer Bremont has provided the U-2/51-JET as the official watch worn by Eddie Brock during the movie. Jet black to match Venom’s colour, the watch costs roughly the same as other models and could become a popular little item depending on how well the movie gets received. We’ve still got Jason Momoa as Aquaman being released on December 21st this year and a tonne of superhero flicks next year (Avengers 4, Captain Marvel, X-Men: Dark Phoenix, Wonder Woman 2, Spider-Man: Far From Home, and Hellboy), so let’s see if a monstrous alien with huge teeth (not talking about Tom Hardy we swear) can entice cinemagoers.

Venom is directed by Ruben Fleischer and also stars Michelle Williams and Riz Ahmed. The film is rated PG-13.