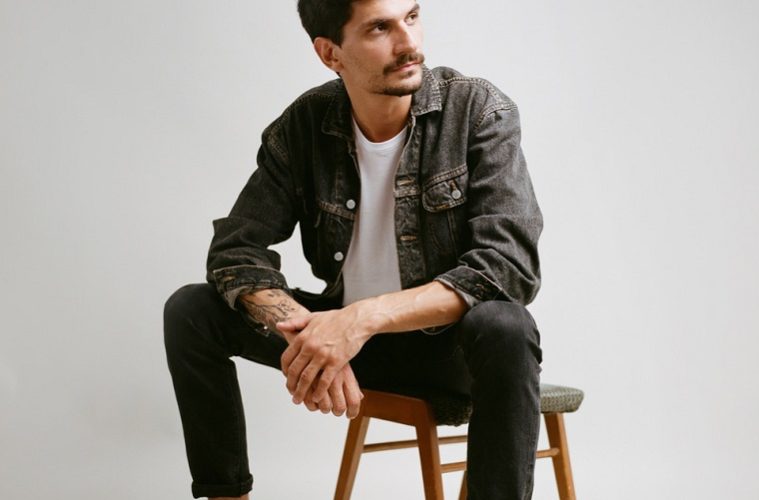 James Hersey on his much anticipated new single ‘Let Go’ and future plans!

James Hersey is a singer, songwriter, musician and producer based in Berlin. The multi-talented artist’s current catalogue has racked up an impressive 350 million streams while touring with the likes of Sigrid, LANY and Milky Chance. We caught up with the talented musician to discuss his upcoming single ‘Let Go’ (out soon), what he’s been up to since the release of his EP and his plans for next years debut album…

Q1. Hi James Hersey! Really loving your new track ‘Real For You’! What is the meaning behind the song for you?

Thank you! On the surface it’s a pretty straight-forward song about new love, but what’s going on beneath, for me personally, is all about courage, and standing for what you believe in. Letting go of fear, and appreciating what you have right now.

Q2. How was the writing process for ‘Real For You’?

It was the middle of winter in Berlin, and I took one of my closest friends (and upcoming producer-talent) narou to a big apartment in Spain for three weeks of writing and hanging out. This song, as with most of my tracks, started with a very simple drum beat and acoustic guitar. The story was some real-life stuff we talked through over coffee that morning.

Q3. What have you been up to since the release of your debut EP last year?

I went to the studio with some big-name producers that summer, but didn’t get what I was looking for and decided to take a break to work through some personal stuff. January this year was a huge turning point for me – that’s when I went to Spain and started finding the songs for this EP.

Berlin is the perfect city for me – I’ll be here a few more years at least. I’m looking to set up a beautiful apartment-studio, and hope people will come through from all over the world to hang out and write with me.

Q5. How would you say your music/lifestyle has changed since you first started out?

In terms of writing it’s stayed the same – everything I do starts with some good drums and an acoustic guitar. I go through phases of intense music listening that have definitely influenced my sound, but no crazy changes – it’s still just me and a guitar. In terms of lifestyle let’s just say I’ve learned to appreciate other forms of recreation, and whenever I get the chance for generosity now I love to be on the giving side of it.

Q6. Any advice for aspiring musicians?

More than ever now you hear people say “choose a job you love, and you’ll never have to work a day in your life.” Truth is, at least in music, you’re working every single day of your life. If you don’t have the grit to handle that (and love it too), you’re light-years better off getting a desk job and having evenings and weekends to yourself.

7. Favourite thing about living in Berlin?

Q8. If you hadn’t have taken the musical route what would you be doing now?

I started playing guitar and envisioning the life I have now when I was fifteen years old. Take me back then and tell me I’m not allowed to play or sing for the rest of my life? I probably would’ve packed my bags that night and never looked back. There never was another route.

Q9. Who are your inspirations?

My favourite people in life are mercilessly direct, ambitious, and lighthearted. The first songs that ever moved me were by Neil Young, Eric Clapton, Paul McCartney, and Michael Jackson. Later it was street punk, jazz, hip-hop, even techno. There’s inspiration everywhere.

Q10. Tell us a bit about the production process and meanings behind your latest track ‘Let Go’, which is out very soon?

I wrote and produced this track in a single day with my close friend and fellow Austrian artist filous. We started with the simplest of acoustic guitar riffs and just had fun with it. Lyrically it’s about my friends supporting me during a tough personal time last year.

Q11. What are your plans for the rest of this year?

I’m putting out a bunch of new music and videos, planning a couple tours, and starting to write for my debut album next year!