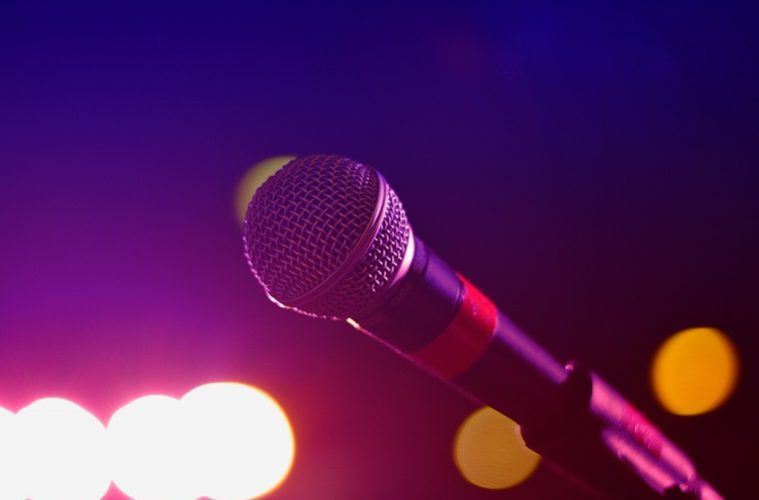 Since the 1970s, and the invention of a karaoke-styled machine by Japanese musician Daisuke Inoue, karaoke has become mainstream in pubs, clubs and homes. And of course, universities.

What was conceived from the Japanese custom of providing musical entertainment at parties and gatherings in Japan, has become a worldwide cultural practice that polarises people: like Marmite, you either love it or hate it.

If you’ve ever had to sit through someone murdering a Whitney Houston track, or channelling their inner rock (or pop) star, then Google Translate could be just what you’ve been waiting for. It’s giving a whole new meaning to chart classics – quite literally.

US talk show host Jimmy Fallon has been entertaining his followers by getting his guests to sing song lyrics that have been translated from foreign languages, with the help of Google Translate.

Kelly Clarkson, Anne Hathaway and Rebel Wilson have all taken mic in hand, and sung the translated lyrics, accompanied by the house band: with hilarious results. Who’d have thought an app would become a pop star in its own right?

Jimmy and actor Anne Hathaway sang a duet to Pink’s 2012 hit with Nate Ruess, Just Give me a Reason. Except Google Translate claims the song’s title is Only Tell Me Grounds. Jimmy himself sang I Will Survive, the massive Gloria Gaynor hit that was released in 1978, and hasn’t really gone away since. Perhaps it wouldn’t have been such a successful song if its translated title had been used instead: I Will Be Punctual.

Singer, songwriter and winner of the 2002 American Idol, Kelly Clarkson also joined the show, to sing her number-one single Stronger (What Doesn’t Kill You). Her distinctive and powerful voice sang the Google Translate version, with its catchy chorus:

If you don’t kill it then it’s too strong

Remain in a small place

My dreaming by myself is not my fault

If you don’t kill it offer it a bribe

My legs are increasing

You will not believe that I got lost.

Don’t even get us started on Google Translate’s version of Dancing Queen.

We decided to have a go with some songs in The Official UK Top 40 Singles Chart top 10.

Calvin Harris ft Sam Smith opens with the question Are you drunk enough? if you sing it in English. If, however, you translate it to Persian and back into English, it reads Are you independent? English to Zulu to English sees the first verse finish Self denial that I have lost the reason is dangerous – no mention of being ruined.

Dua Lipa would sing Although I could I would not hit you in the Swedish to English translation of Silk City’s Electricity and where as the English version of love has no ceiling, in translation it has no thanks.

In Romanian to English, the artist formerly known as Kanye West and Lil Pump would sing about forging orgasms and apparently neither of them f***** that bitch up out in London. Instead she did a whore in London. Frankly, the rest of the song was too offensive for even the worldly wise Google.

Google Translate is a powerful tool and it’s helping bridge language gaps around the world. Its song lyric translations are as baffling as its conversational translations are brilliant. But it makes for one of the best karaoke nights you’ll ever attend!