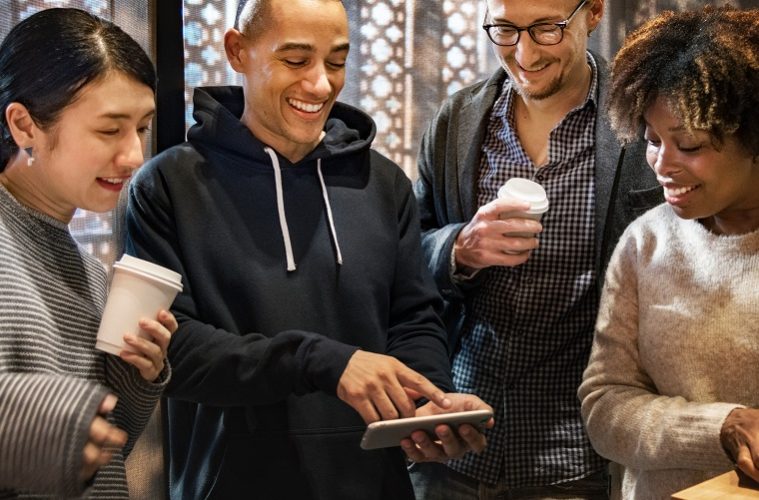 Your first month at university is near. It’s probably getting to the point where you and your university flatmates are either completely inseparable or are still making awkward conversation when you accidentally decide to have breakfast at the same time. If you can relate mostly to the latter, don’t panic! It’s still early university days and friendships can still blossom; there is still time to salvage the seemingly doomed relationship between you all if you follow these fool proof tips.

Assuming you all have a group chat (if not, that’s definitely a priority), message everyone suggesting a sit down dinner, but make sure it’s home cooked and not a takeaway. Find a date that suits everyone, work around everyone’s dietary requirements and assign a food that each person is responsible for.

This makes it completely unavoidable; it’s cheap for all, they’ve already confirmed that they’re available, everyone’s dietary needs are accounted for and the responsibility of bringing an item to the table makes it personally important for each flatmate to turn up. Cooking together and having a family-style dinner creates a social atmosphere which, with the added help of a bottle or two of wine, will help conversation flow naturally.

There definitely comes a Friday night where there are just simply no plans. Why not take advantage of everyone staying in and spontaneously host a game of Monopoly?

Let’s be honest, everyone loves a good board game, and Monopoly truly is a student favourite. Have everyone bring some kind of snack to the table and get ready for three hours of arguing, occasional shouting and lots of dirty cheating- but don’t worry, you’ll all come out of it much better friends than you were before.

It may sound simple, but pinning open your door whilst you’re spending free time on your computer will definitely encourage your closest neighbours to do the same.

When my flatmate pinned open his, almost instantly three of us followed suit and for the rest of the year we spent our evenings all chatting across the hall. It’s the oldest trick in the book and I guarantee that your flatmates have been waiting for one of you to make the first move. Just give it a try and you’ll never have a dull evening tucked away in your bedroom again.

Why not suggest making Sunday night a designated movie night? Sunday nights are notoriously the time to recover after a weekend of heavy drinking, and there’s nothing gentler than curling up in your duvet with a good film.

Put on an all-time classic, raid your cupboards for snacks and invite everyone over for a cosy night in. It may not be the most social option on here as a movie mainly involves sitting in silence for about two hours, but getting everyone together once a week for something fun can break the awkward barrier between you all.

Throwing a party is super exciting, and nine times out of ten every flatmate wants to help with the planning. You get the joint buzz of hosting, you deep clean the flat together, you co-create a music playlist and each help with the decorations.

It’s perfect for bonding as you’ll mingle with everyone’s friends, easing any awkwardness between you all, and you’ll be reminiscing about how good of a party it was for months to come. It’s also completely unavoidable for each flatmate as it is literally happening in their home… unless they decide to flee the campus for the night. (And at that point, do you really want to be friends with such a person?)

Initiating any of these group activities may seem scary, especially after a few weeks of minimal contact, but trust me, there’s nothing to be afraid of. Everyone else in your flat definitely wants to bond a bit more but is probably too nervous to suggest anything. Just give some of these ideas a try and I promise, you’ll thank yourself for making the effort when you’re all best friends by the end of first year.