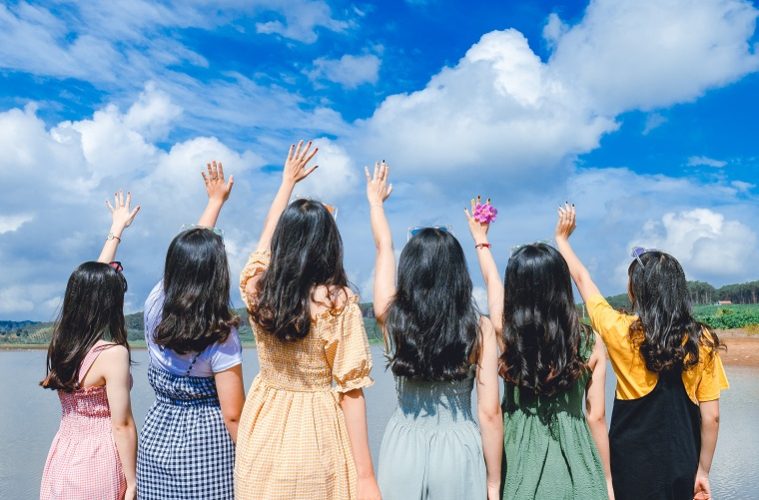 Michelle Obama has marked International Day of the Girl with a global call to “educate every girl”. The former first lady launched the Global Girls Alliance, one of the Obama Foundation programmes, in support of female education across the world.

It was an amazing #morning on @todayshow #plaza as former #firstlady @michelleobama celebrated #internationaldayofthegirl by announcing the @globalgirlsalliance as part of the @obamafoundation Photos by @photonate pic.twitter.com/ngXmmqSaTN

More than 98 million adolescent girls are missing out on education. Child marriage is a major barrier – 12 million girls (globally) are married before their 18th birthday each year: that’s 23 girls every minute. The World Bank estimates that countries lose out on as much as $30 trillion worth of productivity and earnings. Secondary education would cut the number of people living in poverty by half – 420 million people would be better off.

Today on International #DayoftheGirl, the @ObamaFoundation is proud to launch the #GlobalGirlsAlliance—a program to empower adolescent girls around the world through education.

That’s a lot of dreams unfulfilled.

The Global Girls Alliance wants to inspire young people to learn about this issue, and talk about it. The programme hopes to spark a global discussion on the barriers that prevent girls from reaching their full potential, and to provide opportunities for citizens of the world to take action to make it happen.

I’m so proud of the work @MichelleObama has done over the years to ensure adolescent girls have access to education, and I know that the @GirlsAlliance will be another great chapter in her effort to get girls the opportunities they deserve. https://t.co/Ohv6NAylo4

The alliance has been out there for barely 24 hours old, yet it’s generating considerable debate in the US, where it was launched. Both Michelle and husband Barack Obama have Tweeted about the launch, and supporters are sharing the messages far and wide under the hashtag #DayOfTheGirl.

In 1840 around 60% of women were still illiterate. Cheltenham Ladies’ College opened in 1853, Roedean in 1885. Many schools were founded and funded by women who believed their sex deserved an education. In 1878, the University of London became the first in the UK to award degrees to women. Oxford finally admitted woman as full time members and allowed them to take degrees in 1920, Cambridge finally following suit – the last in the UK – in 1948, but with a limit on the ratio of female to male students.

In 1975, the Sex Discrimination Act came into force, banning discrimination on the basis of sex or marital status in several area, including education. It meant Cambridge University could no longer prioritise male students over female.

Institutional bias may still exist in pockets in higher education, but girls are now 35% more likely to go to university than boys.

Isn’t it time girls around the world had the same opportunities?