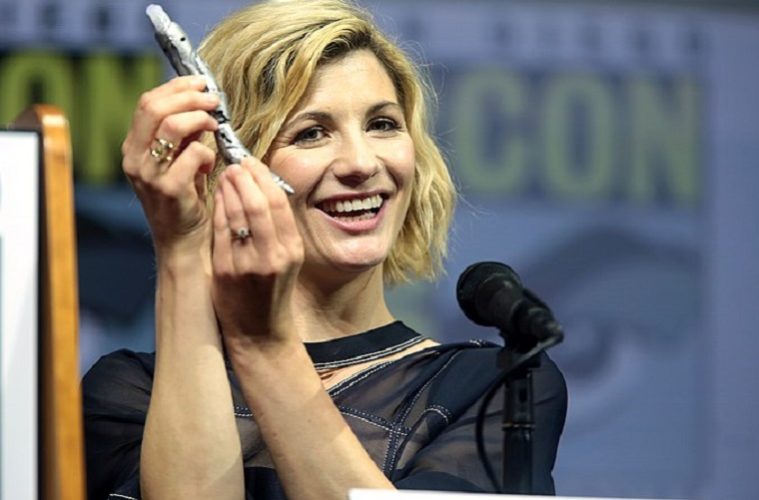 This is a (wo)man’s world

Sunday night saw the new Doctor Who step from the Tardis, the first-ever female doctor in the history of the series. Jodie Whittaker “absolutely nailed the role” in The Woman who Fell to Earth according to Twitter user @MikeHope28, bringing warmth and energy in equal measure as the Thirteenth Doctor.

Whittaker (St Trinian’s; Broadchurch) was revealed as the Doctor in a Christmas special at the end of 2017, Twice Upon A Time, taking over from Peter Capaldi.

“A woman as Dr Who? I can’t believe it – outrageous” Tweeted @plewis16. @LukeCSGO_ said “…the doctor is a time LORD. Not a time LADY.” Another added humour to the revelation noting that “the world hasn’t ended” after getting a female Doctor Who following “decades of annoying debate“.

Well i have to say- the new Doctor is brilliant! What a fantastic hour – there's something a bit hard to articulate- about a woman inhabiting a man's role beautifully, with hutzpah and a splash of vulnerability too – that captures the energy of our times….! Hurray! #DOCTORWHO pic.twitter.com/sfUH8ZjZEx

Sunday’s episode has generated further debate, but fans are calling Whittaker’s Doctor “iconic“, “spectacular” and saying “she nailed it“.

The BBC is not the first to make changes to character genders. Marvel Comics announced in 2014 that its Norse comic-book hero Thor was to become a comic-book heroine, in “an attempt to attract new readers and appeal to women and girls“. Hilary Swank took to the mat as The Next Karate Kid, following in Ralph Machio’s martial arts footsteps. In Star Wars: The Force Awakens, the primary hero is a woman, and even Yoda is re-imagined as female character Maz Kanata.

In 1995, Eon Productions wanted to change the way women were perceived in the 007 film series, and so Dame Judi Dench was cast as the Head of the Secret Intelligence Service. This is one Bond girl who will always be remembered for her stoicism and compassion in the role of M, rather than a sexually suggestive name or crush on James.

In 2016, the third feature film in the Ghostbusters franchise saw an all-female ghost-busting team take to the streets, subways and stadiums of New York City. The decision to bring in the girls was made following the death of original cast member Harold Ramis, and fellow actor Bill Murray’s refusal to commit to a further film project. Although anticipation about the film led to the first trailer being viewed millions of times within hours of its release, the film barely broke even in the box office, leading to Rotten Tomatoes writing “it can’t help but pale somewhat in comparison with the classic original“.