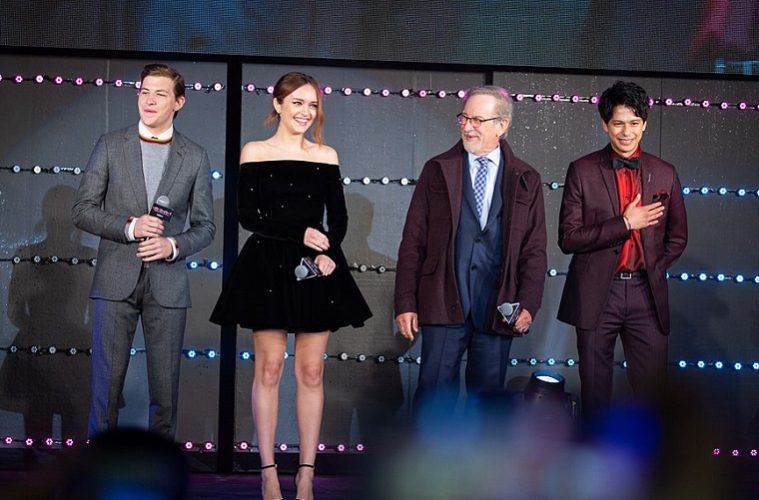 Based on Ernest Cline’s 2011 sci-fi bestseller, Steven Spielberg’s movie adaptation of “ Ready Player One ” is a live action/animated science fiction adventure spotlighting virtual reality. Both the book and film tell the story of teenager Wade Watts (portrayed by Tye Sheridan) living in an Oklahoma City poverty-stricken dystopian trailer park in the year 2045. The past world has been decimated by technological and environmental disaster and society has moved to a new virtual reality world known as the Oasis. In the Oasis people are free to do as they wish through their avatars and the longer they remain in the Oasis, the more their coin count increases and the more exciting things they accumulate. Another reason to enter the Oasis is to find the Easter Egg buried by Halliday (Mark Rylance) before his passing. The quest to find the Easter Egg requires so-called “gunters” to steep themselves in everything Halliday loved as kid, thus filling the film with pop-culture references. Whoever unlocks the three keys to the Easter Egg and finds it first inherits a fortune, as well as ownership of the Oasis. The film follows Wade as he competes to find the keys and unlock the hidden Easter Egg to win the game. Steven Spielberg’s successful “Ready Player One” is currently available to view on uk.chili.com.

Throughout the film, Wade and his friends compete to find the keys to unlock the Easter Egg. They are however not alone in competing, but they must rush against the corporation IOI lead by former Halliday intern Nolan Sorrento (Ben Mendelsohn) who wishes to dominate the world.  The majority of the film takes place in the Oasis, and throughout Wade’s journey he discovers a cheat, thus becoming the first person ever to find the first key. As Wade tries to find the second key, the film moves into its second level. Along with the action, the film also follows the love story between Wade and Samantha (Art3mis – Olivia Cooke) jumping back and forth between reality and the game. The film shares a great message about the need for human beings to have real-world interactions and not be plugged-in all the time. 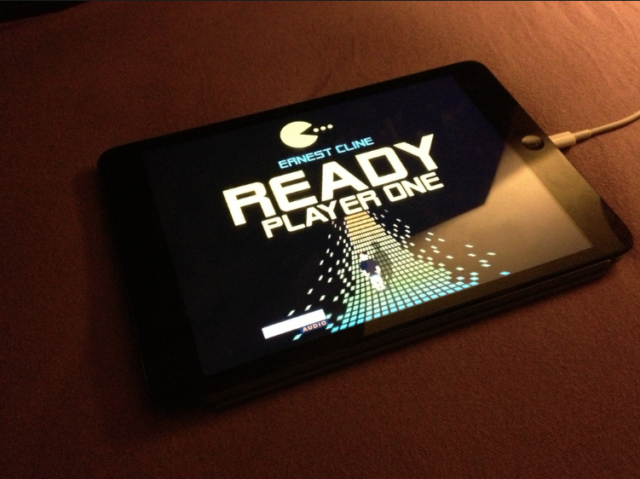 Both Ernest Cline’s book and Steven Spielberg’s film are mission-driven stories set in the virtual world of the Oasis, but there are however a few differences between the pages of the book and the screen. While the book’s first hundred pages take place in the real world, following Wade at his school and in his everyday life outside the Oasis, the film only shows a few small scenes in the real world, focusing instead greatly on Wade’s journey in the Oasis. The missions to unlock the keys are also quite different. In Cline’s novel the first challenge to unlock the Copper Key takes place on the planet Ludus, where all of the various in-Oaisis schools are located, and requires players to journey to the middle of nowhere to play a large-scale version of the “Dungeons & Dragons” module “Tomb of Horrors.” Once that part of the challenge is beaten, the player must then defeat a D&D baddie at a game of “Joust.” Wade is the first person to complete the challenge and here he meets his runner up, Art3mis (Olivia Cooke) and they soon become the most famous people inside the Oasis. In the film however, the first challenge is a large-scale vehicular race that requires participating gunters to navigate a wild road race through the heart of Oasis’ version of Manhattan, while also avoiding giant monsters that include King Kong and the T. Rex from Spielberg’s own “Jurassic Park”. In the book, winning a key isn’t the final step of completing a challenge, because the keys only unlock a “gate” that leads to yet another challenge. Meanwhile, in the film if you find a key you win a challenge. Another main difference is Wade’s relationship with Art3mis and how quickly it develops. The book features a great build-up towards Wade’s feelings for Art3mis, while in the film their relationship builds much faster and they even meet in real life towards the middle of the film, something that instead happens in the very last pages of the novel.

Overall Spielberg’s reinterpretation of “Ready Player One’ is an exciting jump into a futuristic world where real life is blended with virtual reality. The film is certainly worth watching and is a fantastic way to imagine living in a world dominated by technology where human interaction is slowly disappearing.