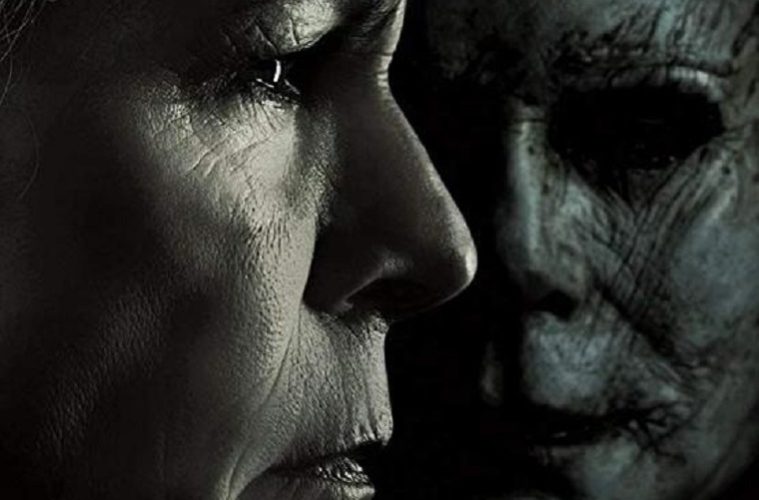 Slash, Scare & Stalk: Why this year’s Halloween is the most brutal to date.

It’s 8:33pm and I’m sat in the cinema, reclined on a leather chair while crowds swarm in to fill up the seats like moths to a flame. “Michael! Michael!” Somebody screams, with a roar of laughter echoing throughout the room. I’m about to watch the latest instalment (the 11th to be exact) of Halloween; a franchise that has collectively grossed over $336 million worldwide and spawned a total 10 sequels (including two remakes). As I go in for my (forth) handful of popcorn and another sip of my tango ice blast, the lights dim and the entire room is silent ready to witness the movie that is breaking records worldwide.

The movie – directed by David Gordon Green – is a direct sequel to the first which was released in 1978. It ignores all sequels that followed and any plot lines and mythology are dismissed, including the reveal of Laurie Strode being Michael’s Myers’ biological sister. This perhaps is a brave move considering the response to all the sequels. Some loved all the follow ups while others were divided on the storylines which involved a telepathic connection between Michael and his niece and even brought in the idea of a cult and demonic possession. Heavy Metal icon Rob Zombie created his own vision of the franchise after directing, writing and producing two remakes in 2007 And 2009 respectively. Again, fans and critics were divided.

As John Carpenters renowned and infamous soundtrack score is played to the opening credits it instantly creates an ambiance of distress and terror. With those three simple notes resonating deep within I immediately start bobbing my head to it, noticing a 2018 upgrade with added synths and haunting and hypnotic beats.

The new instalment focuses on the tragic PTSD Laurie Strode suffers with, following that Halloween night in the 1978 original. Laurie is estranged from her family, is heavily reliant on alcohol and has been living in a derelict house in the woods with more security and protection than Alcatraz Island. The house almost a acts as Laurie’s own prison, preparing herself for the day “Michael returns”. This sense of paranoia and depression has ultimately hindered her relationship with daughter Karen (Judy Greer) and teenage granddaughter (newcomer, Andi Matichak)

Michael meanwhile, has been locked up in a not-very-affective-mental-asylum for the past four decades. This would make Michael 61 and to be perfectly honest, if I looked like that at 61 and was still able to move freely without having to rely on a mobility scooter then I’m quite excited about that prospect! Nonetheless with the help of some very silly journalists, Michael is reunited with the infamous mask. Add in a cliché and a very expected incident where Michael is free to escape (a bus crash) and you have the set up to one of the most anticipated showdowns in horror history.

From there Michael embarks on a stalk-scare-and-slash spree, prowling around the streets of Haddonfield. The scares are evident in the 105 Minute movie – some could say heightened and exaggerated to appeal to a younger generation of fans that weren’t around for the original 1978. The murders in the 1978 version were very simple with hardly any blood evident on camera, this added to the suspense and tension that the first movie showcased to full affect. The body count is much more this time. Sparring the life of a newborn baby, Michael pretty much massacres whatever comes in his path – from a sandwich making mum to a young boy trying to call 911 for help. This particular death scene had the audience around me gasping, however the shot was intentionally blurry to not fully show the murder of a young boy on screen. Some of the kills are off camera which definitely adds to the brutality of Michael’s kills. Hearing a scream and the sound of flesh being ripped apart like a pack of cheetahs and their prey, had the audience on edge.

As the final showdown between Laurie and Michael commences, I look around in the cinema and see people entranced by what’s on screen. People are in awe, some in terror, witnessing the hunt become the hunted. The scream queen herself, Jamie lee Curtis said in an interview with Graham Norton that this movie is about women taking back the power, and at its core it is. Three generations of women are thrust into a night of horror, murder and macabre.

With the world currently in turmoil and a political chaos among us, “Halloween” comes at a time where everything feels out of control. Ironically enough perhaps we all need to gather together and go to one place where anxiety and terror lives to let off a bit of steam. In that case, “Halloween” is perfect.