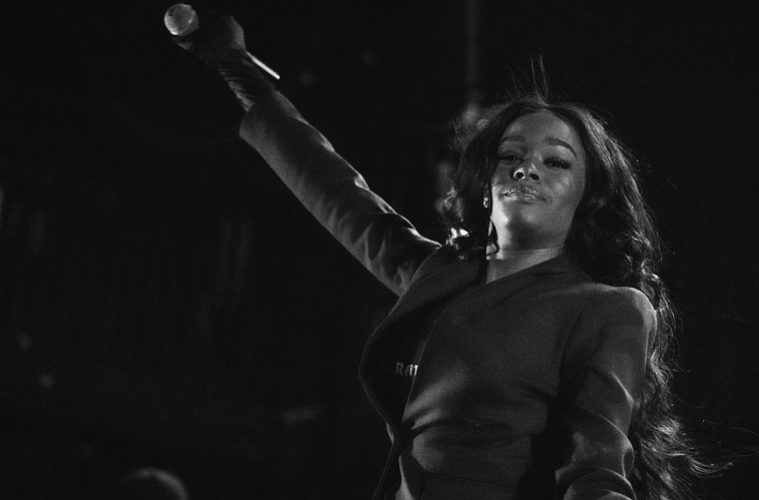 Azealia Banks, the Queen of controversy, returns to the UK – but will she cancel?

The queen of controversy returns to the UK, but will she cancel?

New York born rapper Azealia Banks announced two UK shows this week as part of a yet named tour which has seen her perform across America and South – America from 2017 until present.

It seems that the 212 hit maker will be making a temporary pause from her newly found soap business, Cheapy XO, to bring in the New Year in both London and Manchester; her first UK tour since September, 2014.

Tickets for the performances at KoKo (London) and the O2 Ritz (Manchester) went on sale this morning at 12pm.

Since then fans have been speculating whether or not the outspoken rapper will actually make it to her own gig, as she doesn’t have the best track record for attendance.

8 year long Banks fan @Dzzzny on Twitter has expressed his hope for the gig to be a success; “I’ve waited 8 years to see Azealia Banks live and I’ve finally got tickets, if she cancels these UK shows I’ll officially un-stan”

Banks has been known to cancel performances and even be dropped from festival line ups for her questionable attitude.

A string of performances across America were cancelled in 2015 with the excuse “busy at work”, whilst two years ago the rapper was thrown off the line up for London festival Born and Bred for her homophobic and racist online rant towards Zayn Malik.

Tickets for the yet un- cancelled shows are on sale here https://www.livenation.co.uk/artist/azealia-banks-tickets, and are priced between £18 – £24.50.