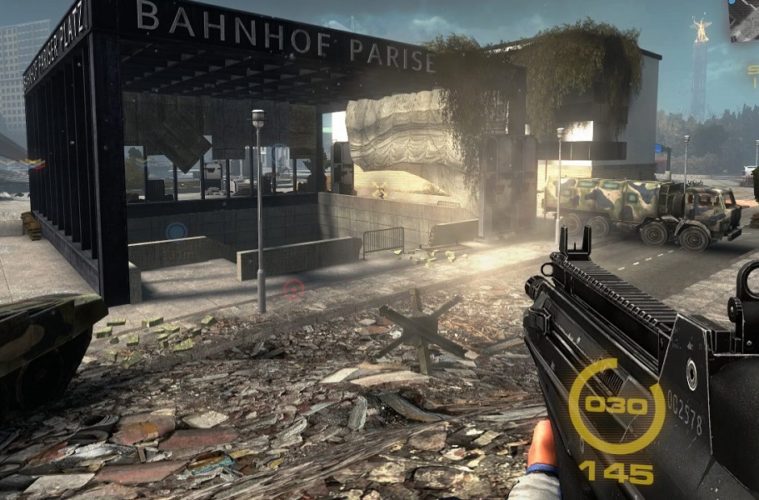 What makes the perfect browser-based shooter?

A browser-based online shooter tends to follow the example set by one of the most popular first-person online shooter games: Counter Strike. Only, instead of asking players to pay and install the game, they just give you access to their virtual world. But, with so many options, what are the mandatory elements for a shooter you can play in browser to be interesting and challenging?

Even if the world around is not designed to be life-like, it shouldn’t be boring and always the same. Let’s take Krunker.io (a browser-based shooter very similar to CS) as an example: players have the possibility to choose between eight different classes. Each class comes with different scenery and a different scenario. For instance, in Triggerman, you are a sharply-dressed gunman who uses an Assault Rifle as the first weapon and a pistol as a sidearm. But if you choose Hunter, the main character will be dressed in a jacket and cowboy hat and will use a Sniper Rifle and a pistol.

Single or in a team

A good online shooter game should give you the option of playing alone or as part of a team. This way, everyone can join in on the fun. Also, solo missions are great for training your skills and understanding the mechanics of the game without other players getting upset. Furthermore, being part of a team of players from all over the world gives the social element a lot of power. Players get in touch and communicate with other players who also enjoy the same type of games and activities, which can lead to friendships.

The one thing everyone loves about Counter Strike is the possibility of hosting your own game (creating a server) and playing with a bunch of friends. Well, some browser games (Kunker.io amongst them) give you this possibility, which is quite great.

The battle royale style gameplay is quite challenging, especially when it comes to shooter games. For instance, a browser-based game such as Zombsroyale.io will always win over one that’s focused around destroying the other team’s base. You are playing against real people who also have a well-devised strategy, so the game also includes survival elements, which makes the adventure so much more interesting.

The maps provided by most games are interesting, but after a while, you get to know every nook and cranny. This is when most players drop because the game doesn’t create any new elements and the challenge is lowered. However, a shooter game that allows players to create their own maps and lets them go crazy on the details will always be at the top of our preferences! That’s how big names in the gaming industry managed to stay popular for years on a row.

Just like when you’re playing a racing game, half of the fun stands in driving cool cars, when you’re playing a shooter, you want access to cool weapons! Players enjoy a properly-designed assault rifle or an impressive sniper rifle with all the accessories. Also, a serious browser-based shooter must have at least one version of the infamous AK-47. Furthermore, the possibility to apply skins in order to make your weapons cooler and more intimidating is a very nice touch.

At the end of the day, a good shooter has a wide array of elements coming together in one harmonious action. So, besides the ones we mentioned above, you should also check for the physics of a bullet (its trajectory, the damage it inflicts) and test how easy it is to find hiding places that put you at an advantage.

The game must be fun and challenging but should also immerse you in the action!