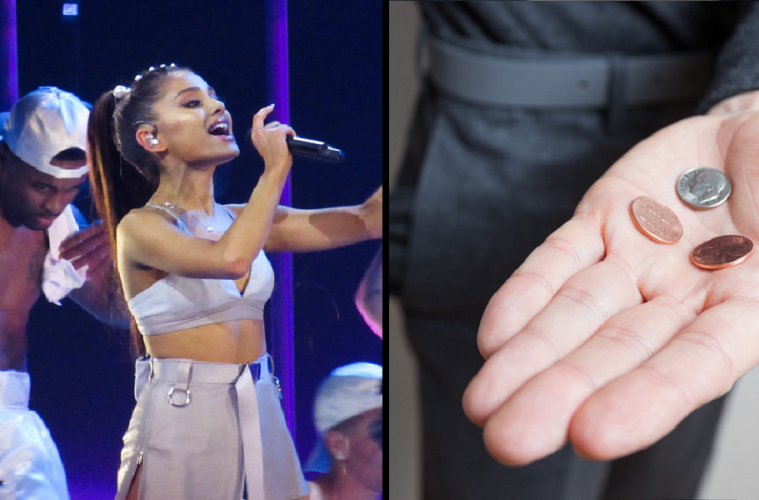 After a week of hyping it up, Ariana Grande has released her latest single “7 Rings” along with the stunning, pink-infused video that goes with it. Grande told her fans on Twitter that the song is about friendship and that the energy compares to that of “Thank U, Next,” which was showing gratitude for her ex-boyfriends (like that needs explaining, it’s still a huge hit).

“I guess Thank U, Next is more vulnerable and gentle lol,” she wrote. “Seven rings is jus like….a flex. Friendship anthem… What the ‘Thank U, Next’ energy evolves into while embracing a new chapter…”

The song itself may sound familiar to you. It borrows the melody from The Sound of Music’s “My Favourite Things” and is as much about her resilience in the face of adversity (Mac Miller’s death and the end of her engagement to Pete Davidson), success, and self-made wealth as it is friendships.

Despite the flashy lyrics, “7 Rings” does have a very real story behind it. After Ariana Grande returned her engagement ring to Pete Davidson back in November, she got 7 Tiffany & Co. rings that she wears with 6 of her friends.

The music video includes her best pals Tayla Parx, Rim Taya Shawki, Victoria Monet, Njomza, Alexa Luria and Courtney Chipolone. Parx, Monet, Njomza, Luria and Chipolone were 5 of the 6 girls who got rings from Ariana in real life; Kim Krysiuk was the last. Grande’s mother and grandmother also got rings after she wrote the song – how cute!

The track, of course, has been positively received but the lyrics about all the luxurious things she bought are making some people feel particularly broke – and we can relate.

Ariana really said “whoever said money can’t solve your problems, must not have enough money to solve em” SIS IS MAKING SURE ALL YOU BROKE HOES KNOWWWWEEEEEE #7rings pic.twitter.com/5l1OSK2u8O

Buy matching diamonds for six of my bitches
I'd rather spoil all my friends with my riches
Think retail therapy my new addiction
Whoever said money can't solve your problems
Must not have had enough money to solve 'em
They say "Which one?" I say "Nah, I want all of 'em"#7Rings

me listening to #7Rings and singing “I got my receipts, be lookin' like phone numbers” like I don’t have a grand total of $6.47 in my savings account pic.twitter.com/EwApTk3NLV

tomorrow when I get paid pic.twitter.com/rqXRDjKv38

the only #7Rings I can afford pic.twitter.com/s9ZX6uLFiP