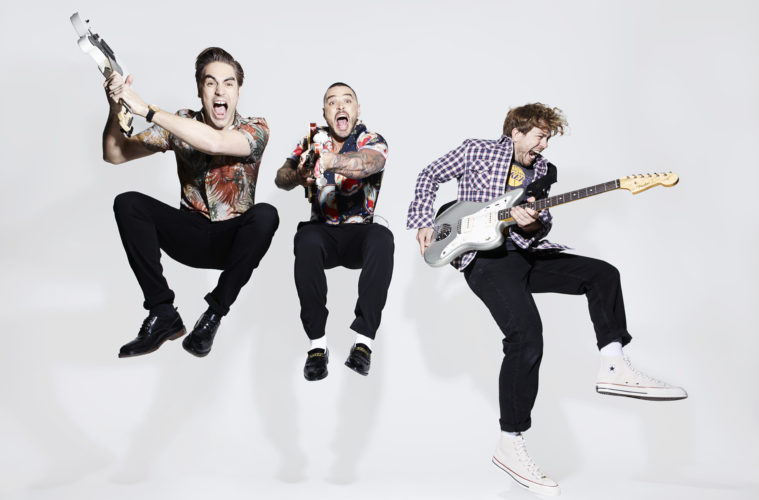 Busted, the English rock band from Southend-on-Sea which took the noughties by storm. The band had 4 UK number-one singles, won 2 Brit awards, and have sold in excess of 5 million records. Following a 10 year break, it was revealed that Charlie Simpson had rejoined Busted after secret writing sessions in 2015. In October 2018, Busted announced their 4th album, Half Way There, set to release on 1st February as well as a UK based tour.

We caught up with James Bourne, Matt Willis, and Charlie Simpson to speak about the differences they face this time around.

Hey guys, how’s everything with you at the minute?

We’ve been on holiday for two weeks. We kind of put the album out, pre-sale, and released a song called ’90’s’, and then we put a tour on-sale, so we’ve had a very busy month. And the tour is selling well; the pre-sale is alright so everything seems to be going really well… So, we took two weeks off and had a holiday, which was wicked.

10 years is a big break for a band. How would you say your sound and band dynamics have changed since you first broke into the music industry?

The dynamics between us are pretty similar to what they were, but we’re older (obviously), wiser, and we have much more control this time around. It’s a different industry now, you know. People stream music rather than listening to CDs, so it’s a new way of doing things. But the ultimate thing about music which will always stay the same is that we just aim to write good songs. Hopefully, our fans will come and see us and enjoy listening to our music.

What was it like starting the band and being introduced to fame at such a young age?

It was a great ride; plenty of fun times, memories, and lots of laughs. It was almost like a whirlwind. It was kind of great, really. We had good people around us – we were very young and impressionable but we had people to keep us on the straight and narrow. You just enjoy it, really. It felt like freedom quite early. It was great to not have to do A-levels; I didn’t like exams growing up, so it was amazing to have an excuse to not do them and to sort of, see the world and play music… it was just the ultimate ride.

Do you feel as though things are a lot easier this time round?

No, I’d say the opposite. It’s a difficult industry to be in – it’s not as simple as putting a CD out and people buy it or don’t buy it; there are so many avenues, and so many ways for people to consume music, and I think we’re learning as we go. But the bottom line is, we love releasing music, we love writing music, and we love playing shows, so as long as we can get people to come to our gigs, we can make more music and keep operating as a band, and that’s all we want to do.

McBusted was a great success. What else did you guys get up to on your time off from the band?

10 years is a really long time – ate a lot of pizza, made a lot of new friends, went to a lot of different places, had three kids [laughs]. 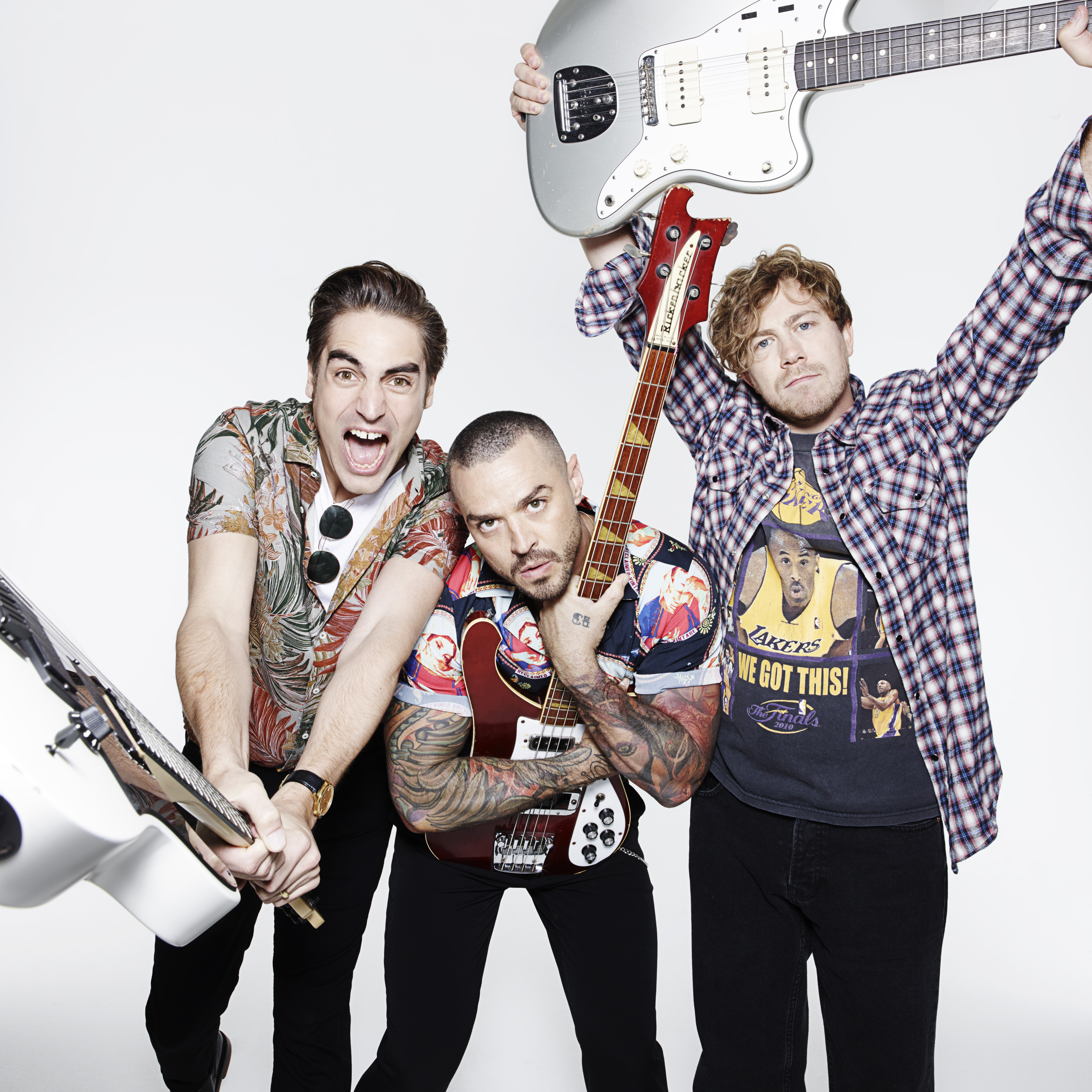 What was your favourite moment from your time in the band so far?

I’d say Glastonbury was my favourite moment. Or the CITV Busted Christmas Special – that was a highlight a big highlight. James’ was winning the 2 Brit Awards. Yeah, I like the Brit Awards. We met Scarlett Johanson – she held my Brit Award. I also liked going to New York for the first time; I remember waking up in the back seat of a bus and just hearing yellow cabs honking at each other and I was like, “oh, we’re in New York!” I just had such a great time on that first New York trip.

We want to play lots of shows and we would like to win a Grammy. I want to meet Elon Musk. I’d like to start a small ice-cream shop. And I’d like to earn 17 billion dollars [laughs], not saying it’s all achievable, but these are all things we’re hoping for. It’s what helps us sleep at night.

What can fans be expecting from the upcoming album and tour?

They can expect the best album they’ve ever heard in their entire lives and from the tour… It’s going to be like watching Michael Jackson. It’s gonna be one hell of a show. People don’t quite understand what’s gonna hit them. The album is back to Busted’s core sound, but a modern version of it; I think it’s our best album yet. And the tour is going to be full of energy.

Did you ever have difficulty finding your own sound again whilst under pressure from your fans and labels?

It was actually a bit of a struggle, because we didn’t decide to go back to the guitar sound until halfway through the record. I reckon we wrote about 40 songs. We were halfway through, and Charlie picked up a guitar and went, “shall we try and use this again?” [Laughs] and we were like, “oh yeah, we used to use those!”, so it was all coming back to us and we started writing riffs again – started being a band again. We had no pressure from the label because we own our own masters, so we pay for the record ourselves, so there’s no outside influence, which means we can pretty much do what we want. None of the fat cats can come push us around [laughs].

Are there any messages or topics you felt like you needed to cover in the album?

There’s a lot of talk of Brexit. It’s a big subject. We talked about the 90s, how awesome the 90s were… just stuff which is in our lives. One of our songs was about getting stranded on an island and thinking you’re gonna die, like Tom Hanks in Castaway – but you release you’ve actually been stranded at the Atlantis Hotel and you want to live there forever – and people think you’re dead but you live there, forever.