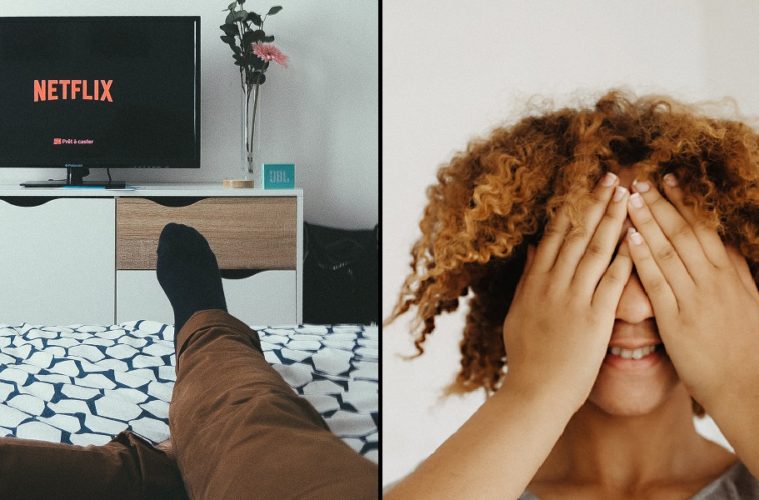 Sex scenes in movies to avoid watching with your parents

I think we’ve all been there, enjoying a good family movie, munching on some popcorn, when suddenly you feel like you’re watching sex scenes with your parents. You’re not sure what to do; do you get up and walk out awkwardly letting them know you’re uncomfortable, or do you just stare at the scene and pretend everything is fine? Tricky one. Here are 6 sex scenes you definitely shouldn’t watch with your folks…

The Wolf Of Wall Street

We are thrown straight into the deep end as the crude sex scenes and references are consistent from start to finish. The first scene we are presented with shows Jordan snorting a white substance from a woman’s bum crack as she is bent over in a rather compromising position. I think this really sets you up with what other dirty stuff to expect from the rest of the film… At least you’ll know from the get-go that this film should not be watched with your parents.

I’m watching a movie with my parents and a sex scene just came up! WHAT THE HELL DO I DO?!?!?

Red Road
I had the pleasure of watching this in a classroom with my teacher for a film project back in college. Red Road, directed by Andrea Arnold, features one of the most cringe-worthy and uncomfortable sex scenes I’ve ever had the misfortune to witness. We’re talking about full on up close oral sex between a drug addict and a mourning mother who’s child was killed by said drug addict. No non-diegetic music, no script, just full on awkward sex that you’re just begging to end sooner.

Fifty Shades of Grey
For anyone who has lived on earth, we all know why we shouldn’t be watching this with our parents. Kinky bondage, low key sexual abuse, spanking… Just a few of the acts we definitely don’t want to have to witness with our mother or father sat beside us.

Splice
This awkward sex scenes somehow combines a little bestiality and incest as a man who creates a human-beast hybrid and essentially refers to her as his daughter decide to get it on in a barn. Sex with a lab experiment is wrong on all levels and most definitely shouldn’t be witnessed with your parents. Or anyone for that matter. The thing even has a tail… *Shudders*

Brokeback Mountain
The first time Jack and Ennis have sex, its awkward, rushed, and there’s no eye contact. Just the rustling of denim, the grunts, and the tent door flapping about. Without any non-diegetic sound, it’s almost too quiet and the sex somewhat doesn’t seem enjoyable, which just makes the scene a whole lot more uncomfortable to watch especially with it’s complete and utter lack of romance.

Landmine Goes Click
Before you ask, yes, the movie is as terrible as it’s title. A horrific and awkward rape scene occurs in this film and it’s not just because it’s rape that makes it awkward; it literally lasts forever. Or at least 10 minutes. Not to mention the terrible acting and the fact a guy has to watch while he stands on a landmine. It’s a totally and utterly stupid scene and entire film that just makes you laugh nervously out of awkwardness.

Superbad
Watching Fogell finally get some is beyond awkward and that’s probably down to the fact it reminds many of us of our own first times. Uncoordinated, awkward, and no one has any idea what they’re doing. And your parents will also relate. At least the scene is purposely made to be funny and uncomfortable, but Fogell telling us, “Oh my God, it’s in” just makes us want to leave the room.