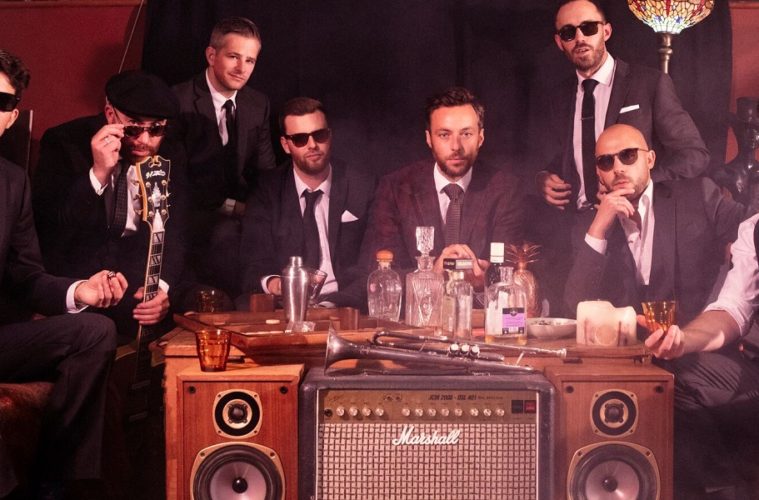 Gentleman’s Dub Club – the band that is headed out of this world!

A band whose energy is unrivalled mixed with their engaging sound, Gentleman’s Dub Club are like no one else in the industry. Brought together when studying in Leeds, the group’s unusual mix of ska, dub and reggae is truly unique! Their performances are legendary so we feel very lucky over at SPG to have been able to catch up with bassist Toby Davis ahead of their next tour.

Hi Toby, thanks for talking to us! How are you all?

We’re great thanks! Just gearing up for the tour and in the middle of promoting our album ‘Lost In Space.’ We can’t wait to get on the road!

I just came back from DJing at Dub-Stuy in Brooklyn, NYC, supporting Channel One Sound System. Q and his crew have an amazing thing going on out there. We’ve also just wrapped a video shoot for ‘Light The Fuse,’ we spent the day kidnapping Johnny and running through the woods, still pretty knackered to be honest. ‘Lost In Space’ was also just named BBC 6 Music Album of the Day which was awesome!

How did the band get started?

We all met at a sound system night in Leeds called Sub Dub. We were at uni there and the Dub, Reggae and Dubstep scenes were and I believe are still massive. Every night you could go out and watch a top DJ playing on an enormous sound system – heaven! We started getting booked at nights in Leeds, then it built up around the country until we were playing gigs in London and then Europe. It happened quite gradually as we’re not a mainstream act, but as soon as the festival crowd started getting involved, things really took off.

Who are some of your big influences when it comes to your music?

Sub Dub was our first experience of the big sound system, so everyone who played there – people like Iration Steppas, Jah Tubby’s, Channel One, The Twinkle Brothers, Zion Train, Aba-Shanti and Jah Shaka – gave us our initial influence to go and experiment with bass and effects like delay and reverbs. We have to shout out Nucleus Roots as well, great band and a lovely bunch of guys. Within the band we take influence from many other different genres like jazz, heavy metal, soul and hip-hop, and we throw it all into the pot to create our own sound.

You’ve shared the stage with some of the most popular reggae artists. What is your most memorable performance with one of them?

We supported The Wailers pretty early on, that was a really vivid experience because they are genuine reggae royalty and we watched the set in disbelief that we were on the same bill. We also supported Roots Manuva in the early days – again that was a pinch yourself moment. Getting to support the Twinkle Brothers at Outlook Festival was also an amazing feeling because, as I said, we’d watched them at Sub Dub but never dreamed we would be sharing the stage with them. Rodigan is also a massive inspiration and we’ve shared the stage with him a few times – what a legend!

What is the reggae scene like in the UK?

So many great acts are currently doing their thing: Kiko Bun, The Skints, Prince Fatty, Hollie Cook, General Roots, The Hempolics, along with sound system artists like Channel One, Iration Steppas and Reggae Roast. The fact that these acts manage to sell out many 1K plus venues goes to show how great the love for reggae and dub is in the UK.

You start your tour in March. What can your fans expect?

We’re gonna be playing a bunch of new songs from ‘Lost In Space,’ and we’ve tailored the set so by the end of the show you should be sweaty and completely out of breath – bring your dancing shoes!

That sounds incredible! Have you got any other highlights coming up that you’re looking forward to?

We’re playing Shepherd’s Bush Empire alongside our old Leeds pals Submotion Orchestra on Friday 5th of July – that will no doubt be an amazing night as we haven’t played with those guys for years and we all came from the same Leeds scene. We’re also playing Ostroda Reggae Festival in Poland, and Boomtown which is one of our favourites. Exciting times ahead!

What was the process of making your latest album, ‘Lost in Space’, like?

It was a really enjoyable process: we headed for the Welsh hills and shut ourselves off for two weeks, one was for writing and the other, recording. We built our own studio in a barn and could take things at our own pace, so we felt really comfortable throughout. Also, there was no internet, so we were 100% focused on the task 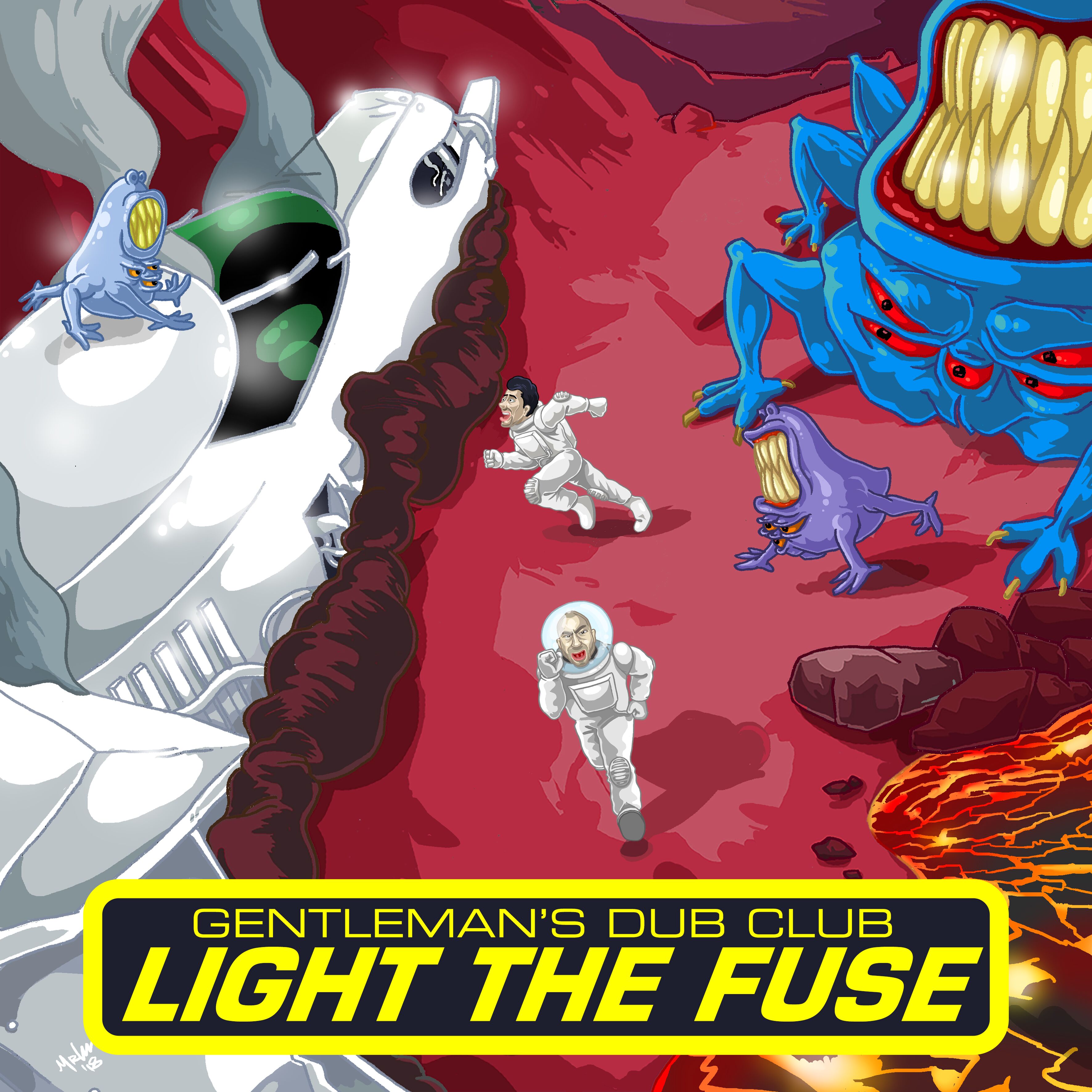 There are 9 of you in this band, how do you organise that? Do you have a lot of conflicts?

Only who gets which beer when we turn up to the venues!

How would you describe this album – does it differ from your other work?

I would say that overall, it’s the best piece of work we’ve made to date. The choruses all feel really satisfying to sing, and the process we went through to get there felt very natural and way more enjoyable than previous writing/recording processes. The space theme gave us a really strong aesthetic to work with: our last album, ‘Dubtopia,’ was set on a desert island so we had a whole different cache of inspiration for this one.

People are singing along with the choruses from ‘Lost In Space,’ which is always a good sign! We tend to throw everything at the live show, and Johnny demands that we get everything back from the crowd, so it’s usually pretty insane to be up on stage. It’s the purest form of joy!

When you’re not creating new music or performing, how to you like to spend your free time?

To be honest we are all addicted to music, so if we’re not doing GDC stuff we all have separate careers in music, whether it’s Tommy who arranges and conducts The Outlook Orchestra, Matt, who is regularly gigging as a jazz musician, or Niall who teaches music at a brilliant music department at BSix college in Clapton, we can’t stay away! Having said that we’re all big fans of sport – we had a blast going to the pub to watch the England games last summer.  We’ve got our own game called Foot Tennis that we invented a few summers ago – grab a few crowd barriers to make a net and you’re good to go!!

What are your future plans?

We’re going to start writing our next album pretty soon, it’s a great feeling to have a blank canvas again and we can’t wait to get stuck in. We’re also looking into breaking new touring territories around the world, so Australia, New Zealand and USA – watch out!

To see when and where they’re touring, click here.