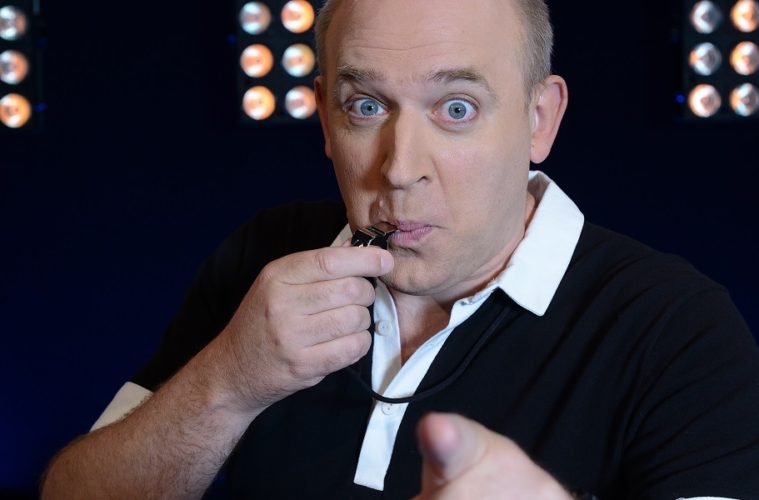 Following a successful kick-off in September 2018, ITV4 will be repeating the comedy quiz show ‘Football Genius’ this February. Stand-up comedian Tim Vine hosts the comedy quiz show, which sees captains Paul Sinha, star of ‘The Chase’, and gold medal-winning Olympian Sam Quek, recruit members of the public for their teams. 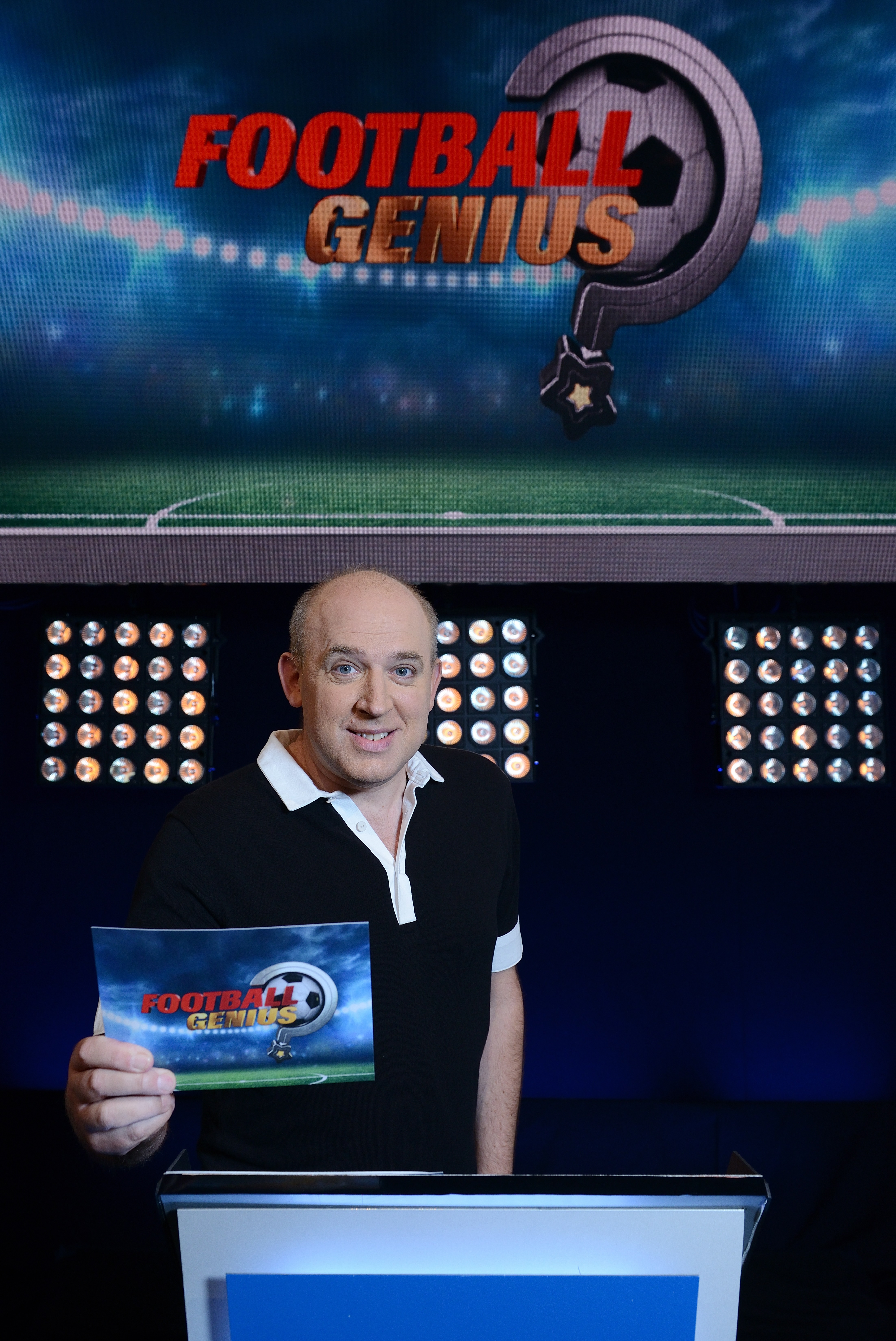 We managed to grab a bit of Tim Vine’s time, ahead of his tour, to talk all things Football Genius, puns, and life before being a comedian.

Hi Tim, thanks for speaking to us at the Student Pocket Guide! How are you at the moment, what have you been up to?

I’m Vine thanks! (That’s a catchphrase I’m test driving at the moment.) Today I went for a walk in a field and practised my stand-up act because I’m touring again at the end of the month. It’s a bit muddy underfoot. The field not my act.

You are the host of comedy quiz show ‘Football Genius’, which aired towards the end of 2018 and is being repeated on ITV4 from Thursday 14th February at 8pm. Tell us a bit more about the show and what can people expect?

Well it’s a really fun show where I bound on dressed as a football referee and ask two teams of football fans football related questions. They are both allocated a football manager, the brilliant Paul Sinha and Sam Quek, and as they answer their team moves around on a virtual football pitch. It’s a virtual game of football and I’m virtually the host. Is that virtual signalling? Anyway, the great thing about it is the passion and competitiveness of the teams. And, also, there are some highly unlikely match ups. One of the episodes is Man city versus Dulwich Hamlets. No spoilers but it’s a bit of a classic.

Was ‘Football Genius’ fun to film and what was it like working with Sam Quek and Paul Sinha?

Yes, it was great fun. Because I’m wearing shorts throughout I think it puts me in a good mood. Shorts are a very happy item of clothing. I guess that’s why you rarely see someone wearing shorts at a funeral or in a war zone. And yes, Paul and Sam were a lot of fun to work with. It never felt like work really, although they do both need to show the referee’s whistle a bit more respect. 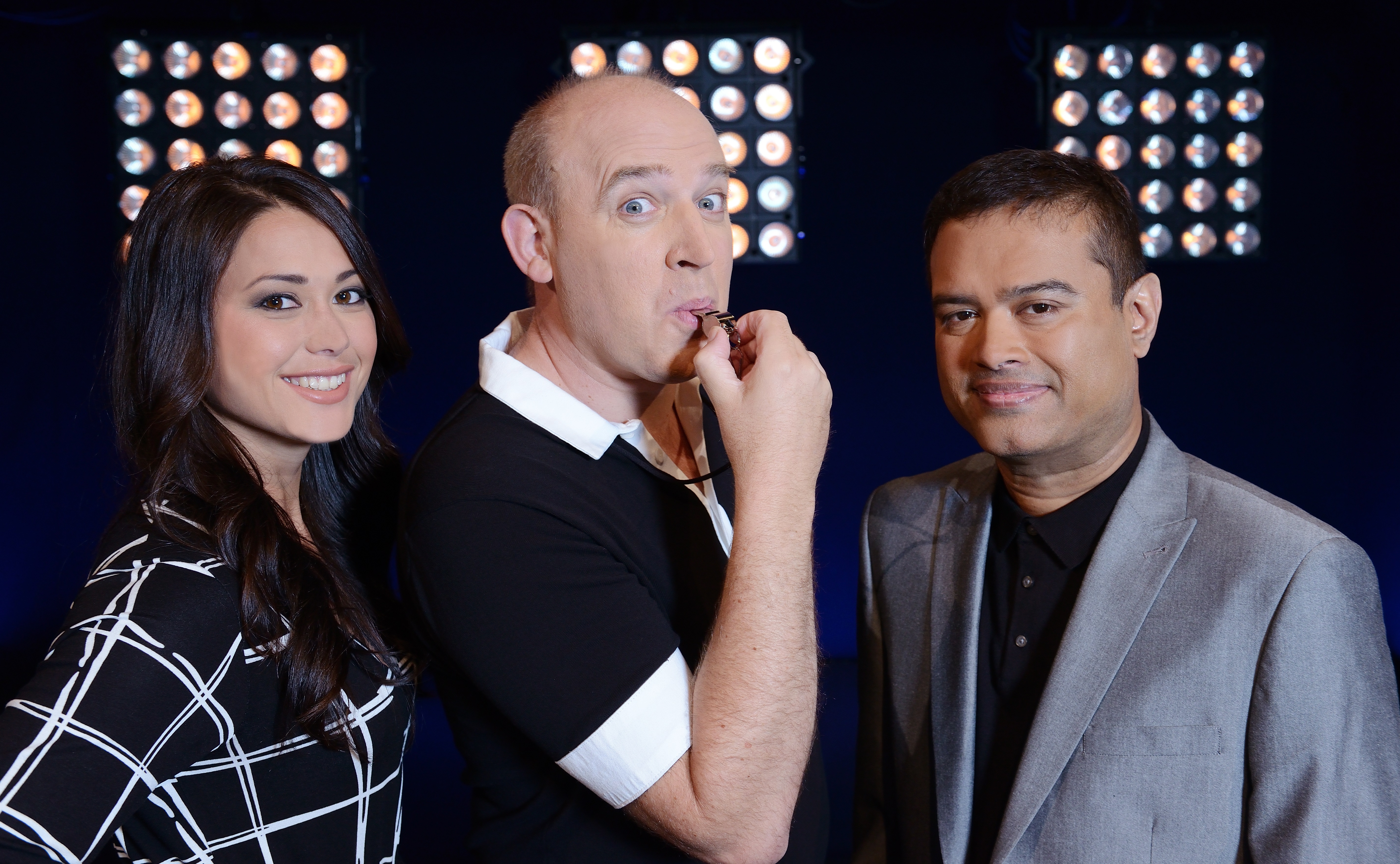 Are you a big football fan – how do you think you’d fare against the ‘Football Genius’ contestants?

Yeah, I love football. It’s in our DNA in this country I think. I would often think when filming ‘I know the answer to this question’, but then that’s because it’s always written on the card I’m holding. The contestants are a mixed bag. Some have an encyclopaedic knowledge of all things football and then there’s the odd contestant that struggles with questions like ‘what’s that round thing called?’

Who was your comedy hero growing up? Anyone inspire you?

I’ve realised as I’ve got older that I’ve been inspired by so many people so it’s hard to narrow it down to one. My all-time favourite performer is Elvis Presley. Growing up in the 70’s I loved pretty much every comedian I saw on telly. Tommy Cooper, Ken Dodd, Morecambe and Wise, Les Dawson, Frankie Howerd, Larry Grayson. The list could go on and on.

What was your childhood like? Were you always aware that you were funny?

I had a very happy and simple childhood. Lots of friends, lots of hobbies and adventures, a lovely family. I’m not sure I was aware I was funny, but I was definitely aware that I liked making people laugh. ‘Stop showing off Timmy’ was something I heard a lot.

It must be quite difficult to be successful as a comedian – how was it starting out?

It was just fun. I wasn’t aiming to do it as a job so there was no pressure or sense that it was difficult. From my first attempts at stand up it just became something I loved to do and wanted to do more of. That sort of naturally propelled things forwards.

What did you do, job-wise, before becoming a comedian?

I had a number of different jobs. I worked in a few shops and then my last proper job was in the admin department of a pension firm. To this day I don’t know what that department did or what my role was supposed to be, but I turned up with a smile on my face and it gave me some lifelong friends which I’m very grateful for.

Why did a career in comedy appeal to you? Did you ever imagine doing something different?

My dream job was to be a pop star, but the comedy suited me better I think. I never aimed to have a career in comedy – that just happened as a result of me doing an enormous number of gigs because I so enjoyed being on a stage.

Why do you think The Arts are important?

They are very important because they are all about creativity. Broadly speaking everything we do as humans is either destructive or creative. We need more creativity. I always say ‘Give a man some money and he’ll spend it, teach him to paint and he’ll……. no hang on…. teach a man to fish and he’ll fish, paint the fish and…. he’ll be um… annoyed….’ Well anyway yes, the Arts are very important. 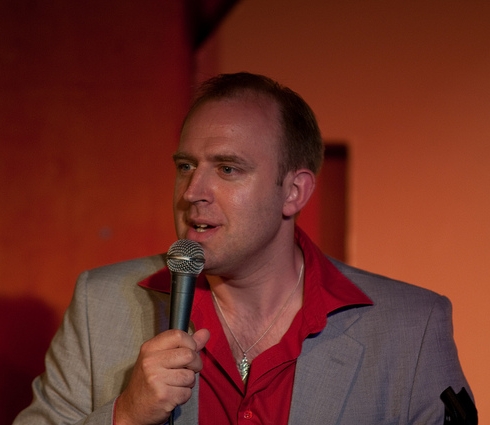 Do you ever get nervous on stage and/or TV? How do you overcome it?

Yes, I have done. I think most performers have to face it at some point. In my experience the way to overcome stage fright or nerves is to keep getting up on stage. Stand there and feel it. Don’t walk away from it. You overcome it by getting used to it and maybe even a little bored by it. And remind yourself that we are all in and out of this world in a flash. Being worried or nervous is, in most situations, pretty pointless. Just have fun.

Do you have any advice for comedians just starting out?

My advice is do lots of gigs and write your own material but just do it for fun.

Velcro. What a rip off.