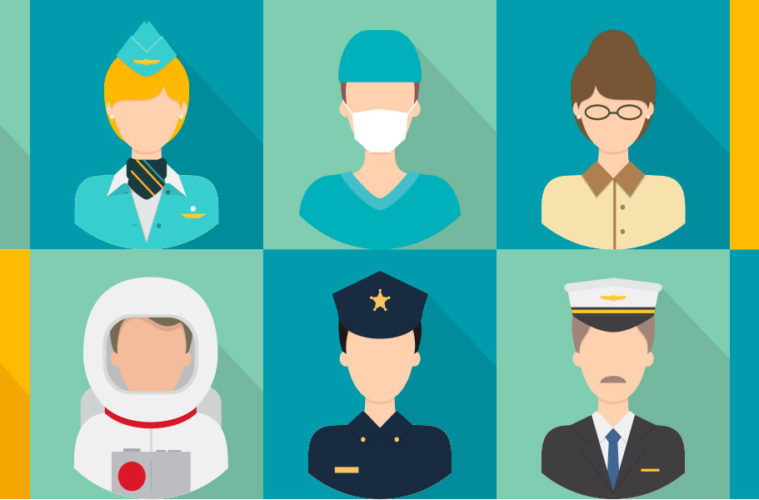 The highest paying post-graduate jobs in the world

Finishing University costs some serious bank. Nowadays, hundreds of thousands of people are in debt because of University loans. Not all degrees pay the same, however. Getting a degree in Liberal Arts might cost you the same as getting one in Biochemical Engineering, but the pay gap in the jobs you get is going to be beyond significant.

Teachers and a lot of education workers have salaries around £36-50,000 a year. Meanwhile, an Anesthesiologist could be taking home close to £200,000 every year. That’s an incredible difference in salaries. These are things you should definitely take into consideration when deciding what college major you’re going to be applying for.

If we lived in a perfect world, the most lucrative profession for you would be the one that interests you the most. But we don’t live in a perfect world. Therefore, you should consider a whole plethora of variables before you apply for your higher education degree.

You shouldn’t choose a career you know you’ll hate, though. If you take away one thing from this article, let it be that. Do not choose a career you have no interest or at least curiosity in. You’ll either end up hating your job and subsequently, your life, or you’ll never become any good at it. Simply because you don’t care enough.

If you feel passionate about teaching, hey, go for it! Salary should not be the only defining factor in your choice for sure. But don’t sideline it either. And it’s not like work is the only way to make some money in life. Maybe you’re attracted to the thrill of gambling. Maybe you’re attracted to the thrill of gambling. There are people like Daniel Negreanu that make double digit millions playing poker all year. Yet there are also some that are not able to support their families due to playing in online casinos like while working boring day jobs. Living a fulfilling life as a grown-up is challenging enough. No need to add financial struggles to it.

But maybe you’re into one of the fields we’ll be discussing below. In that case, perhaps this article will help you decide to graduate with a profession you’ll love getting paid top dollar for. So, without further ado, here are the best-paying college majors in the World right now.

Unsurprisingly, medicine is one of the most lucrative careers one can choose in life. It would seem that the years and years you need to devote to become a medical professional do actually pay off. Residency programs, several years of internships and countless sleepless nights are worth it in the end. As we already mentioned, an Anesthesiologist can earn up to £200,000 per year. Surgeons, including oral and maxillofacial ones, make about the same amount of money. Orthodontists rake in somewhere around £180,000 doing their jobs. Gynaecologists and obstetricians earn upwards of £200,000.

The employment rate is pretty high, too. There’s a projected 24% increase in physician and surgeon jobs by the year 2025. Dental work jobs are expected to increase by 21% during the same time frame.

As long as we’re talking about medicine, pharmacists take home upwards of £110,00 each year, according to statistical reports. The educational baseline for the profession is pretty demanding, though. You’re expected to have a doctorate if you want to have that sort of salary. Jobs in this area will increase by some 25% over the next 6 years.

Law is another profitable career path you can choose. Lawyers reportedly earn up to £130,000 on average each year. The judges, in contrast, take home roughly £100,000. You will need to obtain your law degree first, though. If legal work interests you and you don’t mind the moral aspects of a being a lawyer, you can earn some serious money in this line of work.

The demands for lawyer and judge jobs are expected to increase by 7-10% respectively by 2025. This makes the law a great choice for a career if you’re still unsure which direction to go in.

Computers and the internet have completely taken over our lives. We live in a digital era of human civilisation. The internet is the largest and most amazing repository of knowledge that we’ve ever created. The Great Library of Alexandria doesn’t even compare. Therefore, if goes without saying that this constantly evolving mega-industry is one of the most lucrative careers one can go into.

The educational requirements aren’t something to brush off here if you want to make the most of your profession. Usually, you need to have a doctorate in order to apply for the position of a computer information research scientist. A bachelor’s degree with suffice with most computer science-related jobs, though.

Due to the perpetually evolving nature of the computers industry, the demand for computer science and research jobs will increase by nearly 20% by the time 2025 rolls around. While the demand for software developers will likely go up by a whopping 30%. If those aren’t some impressive figures, I don’t know what is.

Are you one of those people who can’t stand maths or do you love the certainty that numbers provide? If your answer is the latter, you can apply for a mathematics degree. You will be expected to earn an annual salary of over £100,000 if you become an actuary or a mathematician. Operations research analysts and statisticians make around £80,000, which isn’t too shabby either.

You’ll likely need a master’s degree to find gainful employment as a mathematics major. The demand for your job is projected to increase by over 15% by 2025 if you decide to become a mathematician and by over 25% if you choose to be an actuary.

The last entry on our list is also one of the most profitable ones. Almost any engineering degree will see you earn some serious cash. Nuclear engineers make over £150,000 every year doing their jobs. Chemical, electrical and aerospace engineer salaries are all over £100,000 That’s a small fortune to take home each year.

None of these occupations can hold a candle to petroleum engineer salaries, though. These people earn around £175,000 on mid-level positions according to various statistical websites. However, any position in this area will earn you over £100,000. The demand for the job is also extremely high. Furthermore, it’s projected to increase by 15% by 2025.

Becoming a petroleum engineer will be an extremely challenging task if you decide to undertake it. You’ll have to spend years in science and maths classes. However, if you manage to excel academically, you’ll have one of the best starting salaries in any industry as soon as you graduate college. You won’t need to accumulate the sort of ungodly amount of experience and education doctors require in order to start earning serious money. A bachelor’s degree will be enough for the start.