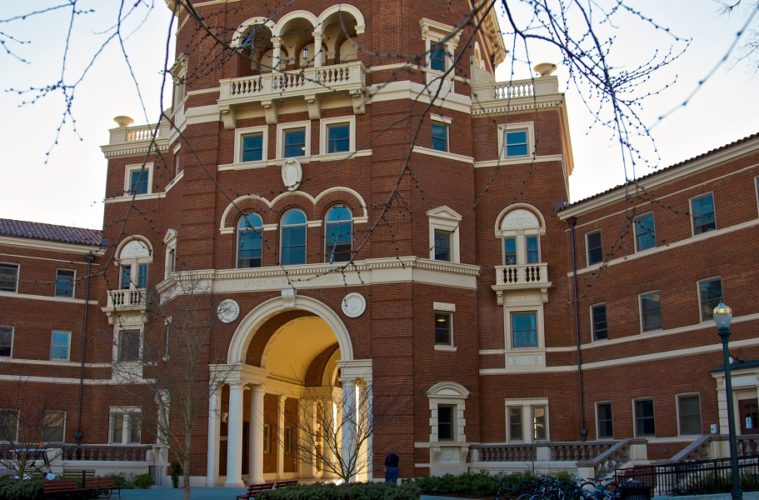 Catered vs self-catered: what halls to choose for your 1st year at Uni

At Uni, other than the course, the main thing you need to consider is where you’re going to be living – and if you’re going into your first year, this is likely to be halls. Halls are a great place to be – usually very sociable with people who are just like you, but one thing you need to think of before you choose your halls is whether or not you want to be catered – (where meals are provided) or self-catered – (where you have to cook for yourself). Here are some things you might like to consider with each option:

At Uni, it’s key to get to know new people and maintain a good social life. Meal times are a great way to do this! In self-catered halls, the kitchen is usually where all the action happens; where people meet to chat over a cuppa or discuss things over dinner. But, remember, if you all end up cooking at the same time, it can get busy in the kitchen depending on the size – especially if you’re sharing with a lot of people. However, you’ll only share meal times with people that you live with. When you’re catered, it’s very easy to get to know both the people you live with and other people who are doing different courses, especially if the eating place is not directly attached to the hall. If you end up sitting with and talking to people from other halls, you may realise how much you have in common with them and form new friendships. I was catered in my first year and after a long day studying, I liked nothing better than going to knock for my friends and for us to talk over food – at least that way you get to see people because everyone’s gotta eat sometime!

With self catering, it’s easy to make what you fancy – that is if you’re good at cooking! A lot of students succumb to the pizza/pasta diet but if you have the time and the planning then it’s a good idea to make sure you have a few recipes up your sleeve so you can get some variety in your diet. With catering, it’s more difficult to do so – what is made is what you have to eat and some places are good at providing a lot of different kinds of food, but some will give you basic ‘school-dinnerish’ type meals each day. It can depend on where you are but be aware that unless you have access to a kitchen, catered students usually have to make do with what they’re given.

Once you are officially into your University life, you’re going to have a 9-6 which can be tough when you come back and have to make food in the evening. The whole process of shopping, preparing, cooking, eating and washing up can take a while to do which is time you’d much rather spend revising or sleeping! Cooking can take up quite a bit of time and so in that respect, being catered is more convenient. Unless there’s a queue, you can come back at the end of the day and eat a meal prepared for you by someone else. This is particularly useful if exams are nearing and you can take food back to your room – even quicker!

Catered halls tend to be more expensive to live in than self-catered but that cost is added into the price of the halls usually. Most students don’t realise the added costs which self-catering brings – buying food, kitchen equipment, so just make sure to take that into account. However, there are plenty of bargains out there for students so keep an eye out in shops for the 2 for 1s and offers on cheaper crockery and cutlery just before term starts – supermarkets tend to have plenty around this time!

If you’re one of those people that wants to do as much as possible for yourself then yes, being self-catered could be a good idea! It gives you a huge feeling of independence knowing that you have to sustain yourself by actually making sure you eat. All of these things seem scary at first but if you’re someone who likes a challenge then it’s one of the best ways to prove you can look after yourself! However, if you’re not quite ready to face that sort of thing yet and would rather take an extra year to get used to Uni life, then no-one is going to blame you if you decide you want to be catered for a year. It’s a good way to settle in and there’s always more time to practice if your catered hall is lucky enough to have a working kitchen as well!

It’s a big choice deciding on the kind of halls you want, but the best thing to remember is whatever option you choose, it’s a good idea to make friends with someone doing the opposite. Then, if you’re catered, someone might cook for you one day and if it’s the other way round, your catered friends might even buy you lunch!