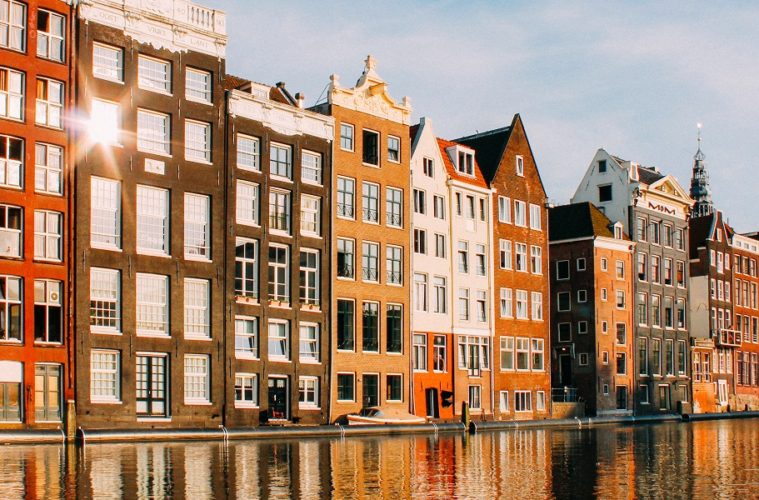 Going to University comes with a whole range of other opportunities to explore whilst you’re there. Many courses offer a studying abroad option where you can experience University life elsewhere in the world. That may seem daunting and you’re not alone if you’re um-ing and ar-ing over whether or not you should take the leap! We chatted with Charlotte Stevenson who spent some time in Amsterdam during her time at Uni to give us the ins and outs of studying abroad…

Hello Charlotte, maybe we can begin by you telling us what you studied in Amsterdam, and when?

From August 2017, I was a student of Vrije Universiteit Amsterdam where I was studying a wide range of topics. Whilst my major is Literature, there was an opportunity to engage with several history classes which really brought a fresh perspective to my work. I studied abroad there for the first semester of my second year as an undergrad student. 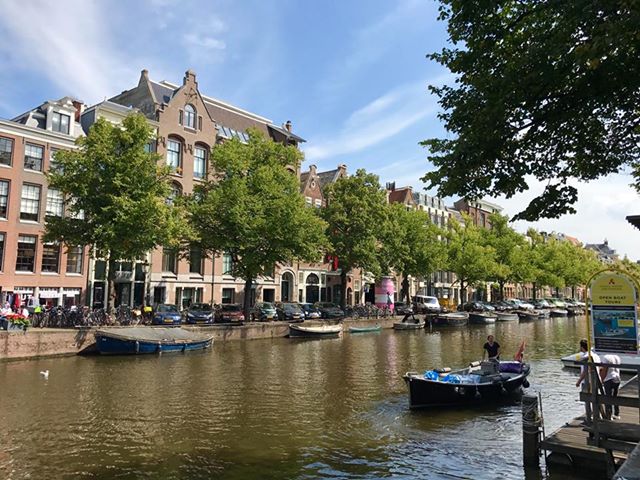 Why did you decide to take this course in Amsterdam?

I decided to head to Amsterdam for this course because my University here in England has a fantastic Erasmus programme in place, and studying abroad had a lot of appeal for me as I love to travel. There were a lot of options across Europe and the rest of the Globe, but Amsterdam was my first choice because I didn’t really know anything on the Netherland’s and its history. After visiting in 2016, this was knowledge I wanted to expand as much as possible. In addition to this, I also speak English and German so learning Dutch in a Dutch speaking country seemed a fun challenge as this language is somewhere between the two. 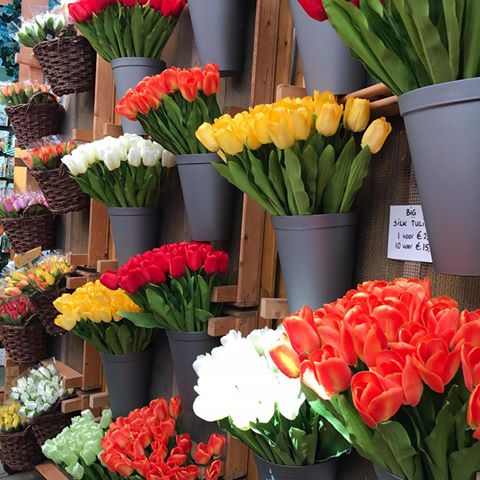 What was the process like for applying to study abroad?

Applying to study abroad was quite a long process which required a lot of organisation to prevent stress. Relatively similar to UCAS in ways, it required a series of deadlines and paperwork to ensure everything necessary was in place for me to have a safe time away when living in a new country different to my own. Whilst this did take up a lot of time and concentration, it did reassure me that  even in the midst of completing paperwork on health and finances, I remained completely certain of my initial decision. Having that clarity throughout the procedure was extremely important. 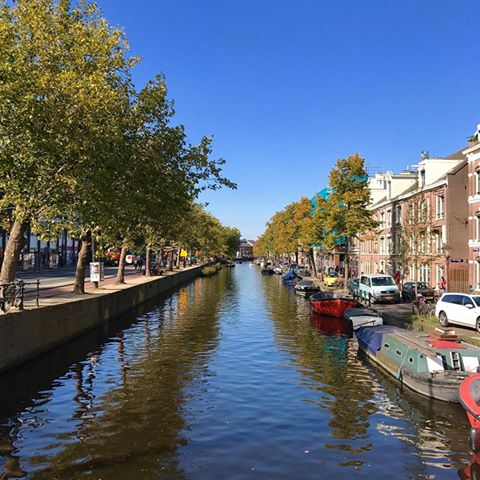 How did you fund your studies?

I funded my studies through savings, Student Finance England and the Erasmus grant offered as part of the programme I was accepted on to. In terms of SFE, the application process was exactly the same as applying for my usual full time study fee. The only difference was that, due to being in a different part of Europe, the tuition fees were actually much lower than they usually are in the UK. Budgeting was crucial when I was away as food and transport can be quite pricey – researching this in advance was a big help in planning ahead.

Accommodation in the Netherlands is relatively limited so it’s really important to apply early. I was able to get an en suite room/bathroom on the university campus, and I shared my kitchen and living space with 7 other international students. There were the blocks of rooms, a theatre where I could practice piano, a gym, and lots of green space (Amsterdam culture is very protective of the environment). It was great to have so much space as well as a small place of my own, the balance of which made it much easier to settle in and feel at home whilst studying and making friends. 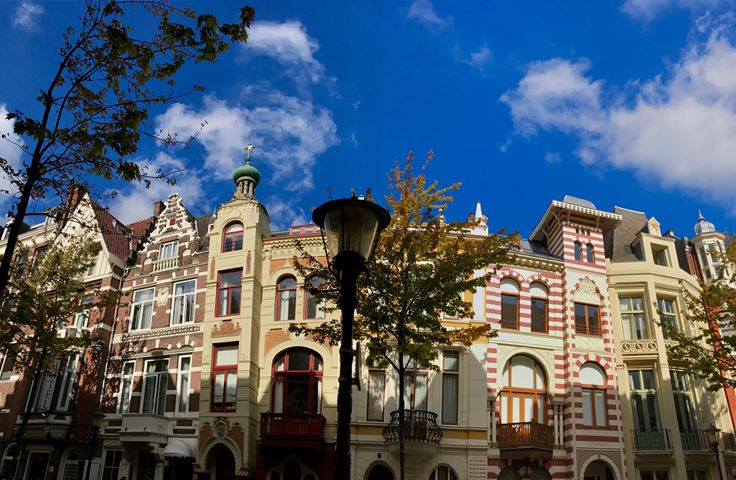 How did it differ to your experiences of studying here in the UK?

There were several initial differences which I have mentioned, such as the financing. The biggest difference that I had to adjust to was definitely the work pace. Where in the UK 3 modules a semester is the average, in Amsterdam the norm is 5-6 with much larger amounts of reading and vaguer assignment briefs. But it was actually really great to have a new timetable and work plan because it pushed me to achieve another level of my potential. This was especially the case as I was studying a combination of classes including history, linguistics and economics, as well as literature. Getting back to my studies in Britain, it is so much easier now to plan and get tasks done as there is much less than I was accustomed to for the past 6 months.

What did you most enjoy from your time in the Netherland’s?

It is hard to choose what I most enjoyed from my time living in the Netherland’s, as there is just so much! In terms of art and music, there is quite simply no equal. I loved being just around the corner from the Rijk and the Van Gogh museums; the gardens around there are beautiful spaces and free to the public. Often you would catch me there with a good book when it was sunny. Also, I enjoyed how everything is so close knit because of the canal set up, with lots of twisty, cobbled streets I enjoyed cycling and exploring when looking for new book shops. 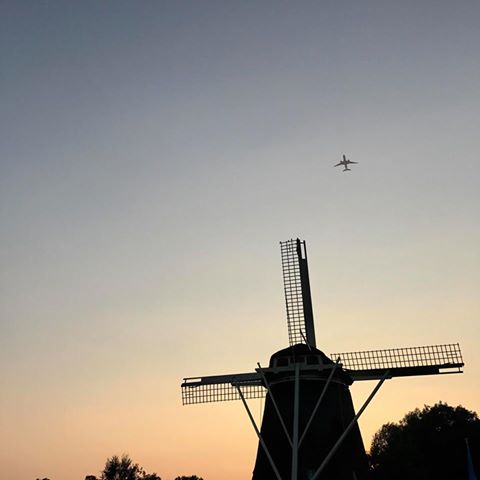 Amsterdam has a big reputation for being popular amongst students, with lots of pubs and clubs available. Most of these are found in the central city but are pretty accessible, especially by the metro which runs all throughout the Netherlands. I particularly enjoyed the jazz clubs near Spuistraat, as the live music there was always exciting and fun. There were also a few festivals on when I first arrived in the city, and I would head with friends pretty much every evening for my first week to the film fest that was on. 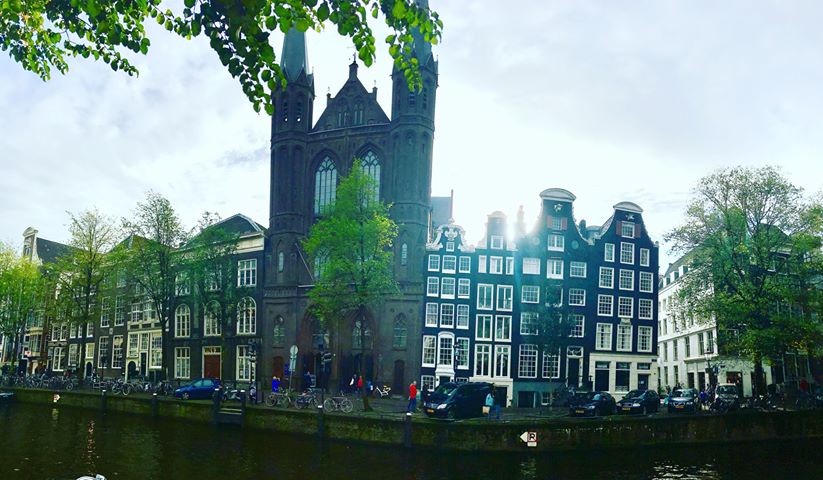 Do you often return to visit friends?

I’m planning to return in summer this year and in 2019 for Queens Day, which is the annual celebration of the monarchy and the country where everyone wears orange (the national colour) and attends parades. The friends I made in the Netherlands are always in regular touch, and we are hoping to meet then to explore the infamous tulip fields. To be honest, I sometimes get really homesick for Amsterdam and it’s hard to stay away too long now! On top of this, I’ve actually kept in touch with a few of my lecturers as I am helping with the publication of some poetry that my class produced around Christmas time which I’m sure will leave plenty of opportunity to visit. 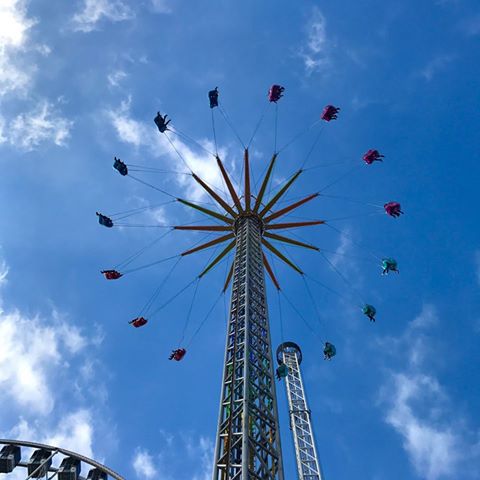 For people that have never been before, what are your top 3 tips when visiting the city?

I would highly recommend those visiting the Netherlands for the first time to explore Amsterdam by bicycle. Practically everyone travels by bike, and the city is designed to make this one of the most efficient modes of transport. In addition to this, for bigger tourist spots such as the Anne Frank Huis and museums, I would highly advise booking in advance online as queues can get very big and this saves any potential disappointment! Lastly, be sure to try some of the infamous cuisine, whether this be stroopwafel or some of the freshly squeezed orange juice from the supermarkets (if you buy the bottle, you can pay just for refills at any store). Above all else? Wander and soak in everything around you at your own pace, it’s the best way to enjoy everything to the fullest. 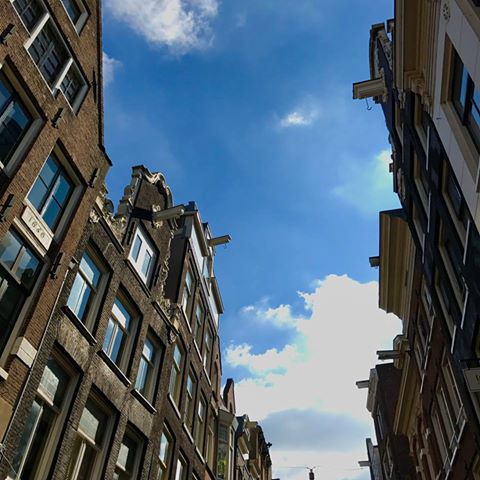