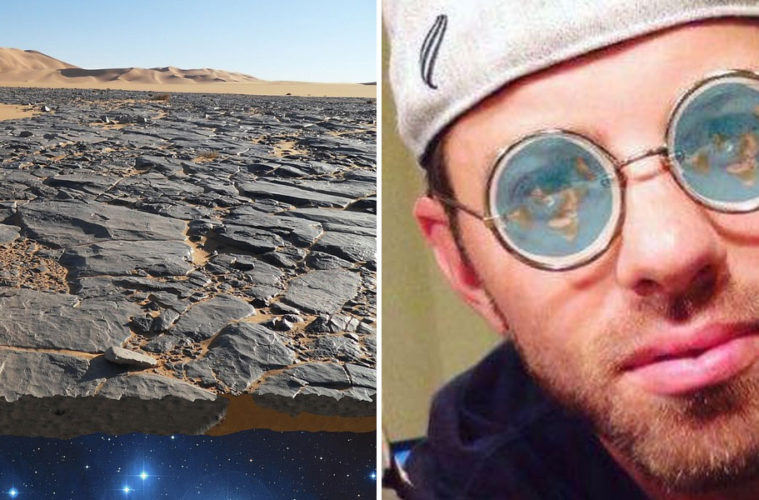 The Flat Earth Theory is the ultimate conspiracy that is debated by two strongly opinionated, opposing sides. There is a belief in the Flat Earth Theory community that NASA is doctoring their images and that the agency is considered untrustworthy. For long-standing Flat Eathers, that is old news. NASA have been the punchline of their jokes for years and have claimed their discoveries are apart of a governmental cover-up.

We spoke to Nathan Thompson who, for a long time, has been apart of the Flat Earthers.

What’s the perception of a Flat Earther versus the reality?

In order to control the masses, the heliocentric model was introduced early and often so that it is a deeply ingrained belief. While at the same time “belief” in a flat earth is portrayed by the educational authorities as evidence of abject ignorance, or even insanity. Flat Earthers are not ignorant or insane. The definition of the word insane is the inability to perceive reality. We perceive reality exactly how it is observed, flat and stationary.

What people are not aware of is that science has been hijacked. Flat Earthers are not against science, we’re against Scientism, aka pseudo-science. All the propositions that earth spins and orbits the sun while blasting through the infinite vacuum of space is all, still, theory never proven. In fact, every scientific experiment that follows the scientific method to prove earth moves has determined the earth is completely stationary. Yet, universities and their textbooks ignore the scientific proof that contradicts the myth of an orbiting and spinning earth in a vacuum.

Is there a sense of community within Flat Earthers and what is it like?

Yes, there is a strong sense of community with Flat Earthers. For the last 3 years I’ve been travelling, organising hundreds of meet ups in different areas, and staying with them in their homes. They usually give me a key and offer anything in their fridge for me to eat. Some recognise the effort I’ve put into the movement and what it costs to travel and have donated to the cause. It really is a beautiful community to be a part of.

Either side has quite strong opinions on the Flat Earth theory… Do find that your views effect your social life at all?

Well, running a scientific research group of 120,000 people doesn’t allow me much time for a social life, so I’d say so!

How is it different to other conspiracy theories?

Flat Earth is massively different than any other conspiracy in two ways:

Anyone can prove it for themselves. We don’t need billion dollar rockets to test earths’ surface. We’ve been doing it for 3 years with lasers, infrared, site distances, mirror reflections tests, specular reflection observations, etc. You can’t lose the telemetry data to flat earth the way NASA lost telemetry data to the moon, or the way they cleaned up 9/11 in 2 weeks and shipped the evidence to China. You can’t do that with Flat Earth. The cat is always out of the bag on Flat Earth.

This is an ongoing conspiracy that is funneling tens of millions of dollars a day into the hands of NASA, and collectively over 100 billion dollars a year worldwide. No other conspiracy on earth can claim that.

Why do you think that scientists don’t agree on the Flat Earth theory and with Flat Earthers?

Scientists do agree with Flat Earthers. Every real scientist can establish the earth is flat and stationary rather easily. It’s these pseudo-scientists that refuse to follow the scientific method, and hi-jack the definition to mean something else. When people think of science, they don’t think of the scientific method, formulating a hypothesis, establishing variables, conducting rigorous experiments, etc. They think the words of a man are science and that’s not the method established for empirically proving things. That’s a good way to end up in a cult. A cult of Scientism. 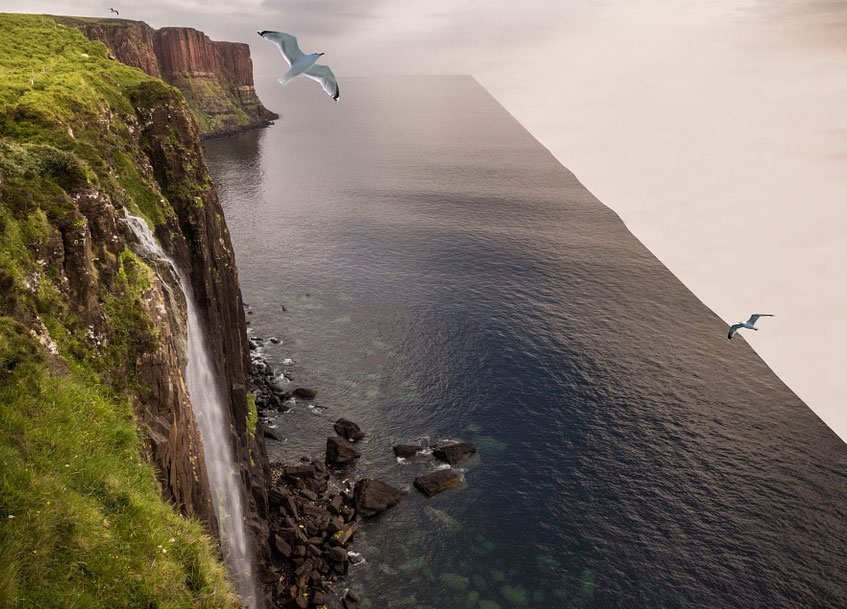 Have any established professors swayed towards the theory?

It doesn’t matter what professors who work for the system believe. I have videos of MIT professors teaching on thermodynamics and they admit you can’t have gas pressure next to a vacuum without a barrier. Well, that creates a real problem for the heliocentric model because all the air around us, is allegedly attached to a vacuum, and not contained.  Space violates the second law of thermodynamics and professors are not scientists, they are professors. They profess things, like, stars are balls of gas in a vacuum despite all the evidence that can’t happen.

Who’s behind the idea of a ‘globe’ earth and why does this theory benefit them, do you think?

There are many names for the elite people who control the world. Zionists, Freemasons, Illuminati, or my favourite “the Globalists.” Have your pick.

Why they would lie is obvious. It’s all about control. If they mentally enslave your mind, they don’t need shackles around your arms and legs. It’s all about creating a society of unthinking submissive brutes waiting for things to be presented before their eyes before having an idea about them. It is the biggest psychological operation and deception in the history of mankind…so far.

Who do you think are the real ‘controllers’ and why are they teaching lies?

The real controllers are a group of people who run Hollywood, the media, the banks, and have every politician in their pockets. If you’re not familiar with who I’m talking about, you’ve got some researching to do. They lie for the same reason everyone lies, to have some type of advantage or leverage.

Do you believe in gravity?

I hear this word “believe” all the time when trying to discuss facts. Nobody needs to believe natural science. It’s an empirical method of proving things. What we observe in the natural world is that objects fly away from spinning balls, not down toward them. The controllers lying to us needed to counteract this centrifugal force so they made up gravity.  Newton admits he never had observed phenomena of gravity, and never formulated a hypothesis. Cavendish is not a naturally occurring phenomenon. The effect is conjured within the experiment. Nobody on earth witnesses giant balls having an attractive magnetic force, or anything else that’s massive. Things rise or fall based on relative density. If an object is more dense than the medium it’s in, it falls, less dense, it doesn’t fall. Relative density. Very simple to understand.

What do you think happens when you reach the edge of the world?

The edge is assumed on both models. What do you think happens at the edge of space? These questions force speculations. Nobody is observing an edge and independent travel to Antarctica is heavily restricted. Research the Antarctic Treaty established right before the fake moon race. We don’t claim to know everything. Some things are still up for debate.

People claim that Flat Earthers cherry-pick research and only look for what proves the Flat Earth theory, no disproving it. What do you think about that?

That’s quite the opposite of what happens. I’ve met about 3,000 Flat Earthers and the vast majority became Flat Earthers after they laughed at Flat Earth, and tried to debunk it. It’s un-debunkable; there is no real evidence for globe earth spinning in space. The only barrier from that truth is the preconceived notion you already know it. Once you go flat, you never go back.

What’s the sort of reaction you receive from non-Flat Earthers?

I’ve shared Flat Earth face-to-face with well over 10,000 people. I’d say the reactions are pretty balanced between people who laugh at the idea and walk away, and people who will give me time of day. Like I said, it’s all about getting over peoples preconceived notions and pre-programmed Pavlovian responses when doing flat earth Activism. I will say, complimenting people always helps!

Do you think schools etc will ever teach Flat Earth?

No, the schools will never teach the truth. There is a New World Order coming to a city near you. Start getting ready. 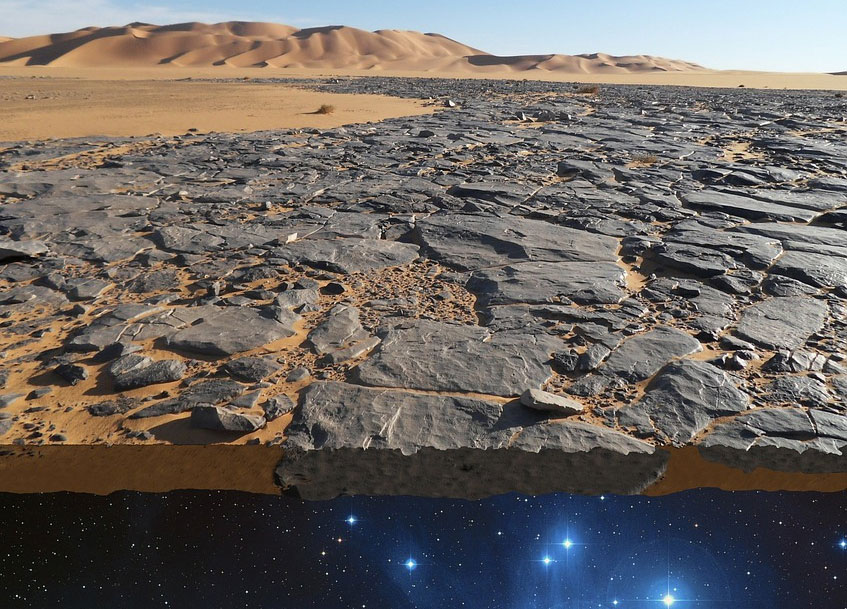 How high do you think the ‘dome’ that we’re in is?

I have been busy testing earths alleged curvature, movement, activism, public speaking, and astrophotography but haven’t made time for that. It’s been asserted by Samuel Rowbotham that using Euclidean geometry one can arrive at a distance for the sun of about 3,000 miles. As far as when the dome starts, or where it ends, that’s still up for debate.

Why hasn’t anyone gone on a search to the edge of the earth yet, do you think?

Independent travel to Antarctica is restricted and even if we could go freely to investigate, you’re looking at expedition that will cost millions of dollars. I’ve never been that concerned with the edge of space when I believed in it. I don’t find myself worrying constantly about an edge of earth that may or may not exist. Both models have to assume an edge because on both models, we don’t know anything about an edge.