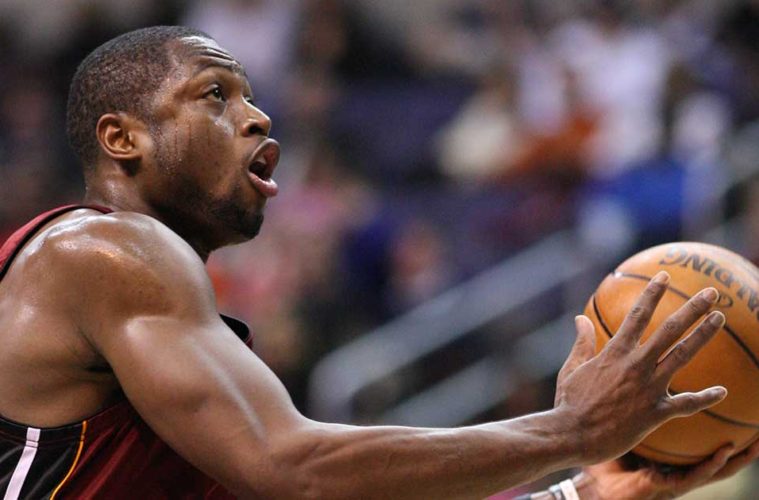 What Exactly Has NBA Star Dwyane Wade Done Outside Of Basketball?

While it’s true that basketball has a small but loyal following in the UK, it’s hard to deny the worldwide appeal of recently retired NBA legend Dwyane Wade. Handsome, cool, three-time champion, Olympic gold medalist, and a god on the basketball court: these things many of us know, but what some people might not be aware of are Wade’s actions off the floor. The 37-year-old called it a day when his beloved Miami Heat failed to reach the NBA playoffs this season, but putting a ball into a hoop is not the only thing the man can do.

In a touching tribute to Wade, Budweiser released a real tearjerker of a video, in which Wade meets several people he’s helped along the way, whether it’s physically, mentally, or even financially. It’s clear that Wade has made a big impression on millions of people through his strong attitude and caring demeanour, with his own mother giving the final line that will put everyone in floods of tears: “I’m more proud of the man you’ve become than the basketball player. You are bigger than basketball.” His own foundation supports many projects and disaster relief efforts across the USA, particularly in his hometown of Chicago.

Along with a fashion collaboration with Dsquared2, Wade teamed up with sports news website, Bleacher Report, to release a range of clothing items that are actually pretty wearable. The concept was to release merchandise as a tribute to Wade’s final season, called the D. Wade World Tour. Most items have either sold out or are close to, showing that the man knows how to attach his name to profitable ideas. He’s currently got endorsement deals with Gatorade, Chinese shoe manufacturer Li-Ning, and a top-selling Big Bang watch from Hublot, which you can find here.

If all that wasn’t enough, Wade even got a shout out from former US president, Barack Obama, who spoke of the strong impact Wade created throughout his playing career, as well as his never-say-die mentality. “I know what you’re going through, because saying goodbye to a career that you love is never easy,” said Obama. “For 16 years, you’ve given us high-wire dunks, big shots in big moments, more blocks than any guard in history, you were willing to sacrifice your body in the lane and, sometimes, sacrifice your ego in pursuit of a title. And whenever you got knocked down, you always showed us how to get back up. So you showed some Chicago spirit in you, and you did us proud.”

So, after all his altruistic deeds, NBA championships, endorsement deals, clothing lines, and even his idea to swap jerseys with opposing players in his final season, what might Dwyane Wade always be remembered for? For hardcore basketball fans, it might be that banana boat picture. During the off-season vacation in 2015, Wade was photographed riding a banana boat along with his wife Gabrielle Union and fellow NBA stars Chris Paul and LeBron James. The image, which was never really supposed to be released to the public, found its way online anyway, much to the delight of everyone across the world. GQ writer Clay Skipper discussed the banana boat phenomenon, writing: “4 very cool people + 1 banana boat = 0 cool.”

What he’s done will never be forgotten, on and off the court. Thanks for all the great moments Dwyane Wade, but especially that one banana boat memory.