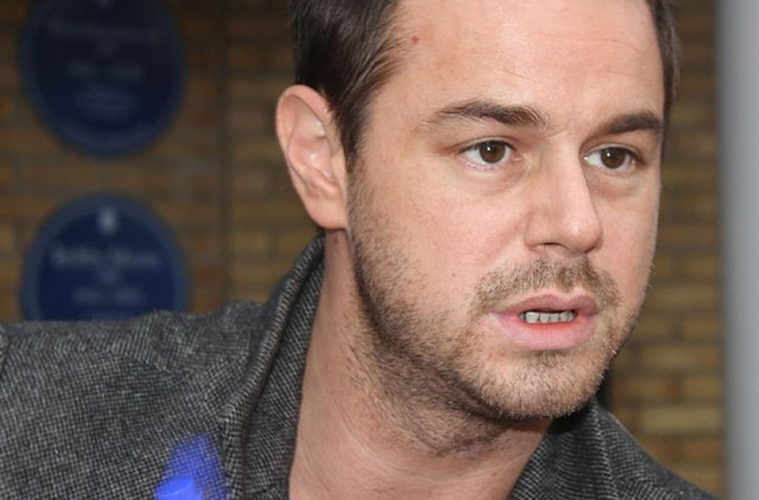 How did you get your break?
I think my big break was Human Traffic really. I’ve been acting since I was a kid but Human Traffic was when I really got a chance to express myself.

So has Peter Andre gone up in your books?
(Laughs) He’s alright Peter, he’s alright, he’s sweet as a nut him, dozy as a**holes aint he.

What’s the best club you have been to?
Manumission, Ibiza. It’s great man. Naughty gaf you know all the f**kin on the stage and that, I loved it!

Blondes, brunettes, or gingers?
Erm… Don’t matter to me, whatever, I’m not fussy.

Which character have you most enjoyed playing in all your films?
A film I did with Gillian Anderson called Straightheads. It’s great man, a right naughty film. Basically I turn into a f**kin Psychopath, I lose an eye in the film so I gotta run about with a white eye an a big naughty mars bar (scar) down me boat (boat race, face).

Which has been the closest to you in real life?
Moff from Human Traffic. Listen what I do is a certain thing, yer know I think I play myself to an extent, I think that’s what all actors do, I think that’s all you can do. So there’s an element of me in all of the roles I play. But probably at that time in my life in 97 when I did Human Traffic, that was me man out of me nut.

You must have to really get into each character you play… Have you hung out with any gangsters or football hooligans? If so, what was it like?
Listen I’m out in East London in the flats, I was brought up with it, it’s just the world I live in. I’m f**kin surrounded by ’em. I’m still on the manor as well, I need to get out now, I’ve had enough of it. I’m a West Ham fan as well so I know the score with the ICF (Inter City Firm). I’ve always swerved it though to be honest. I got a clump at a young age and I went the other way, I thought b****cks, I don’t fancy it. I got a clump off a 30 year old Leeds fan, knocked me spark out, I was only 13. That made me think. It’s great to be able to pretend, it’s the great thing about my job. I love the fact that you can pretend and walk away at the end of the day. It was a great job, I don’t think many actors could have pulled it out of the bag, I don’t think many actors had the b****cks to do the part. I took a lot of clumps on the film, I took a few chinnings, I got kicked in the f**king ribs and sh*t like that. But I just had to get on with it, you know?

Whilst filming ‘The Real Football Factories’ have you ever found yourself in any trouble?
I’m getting a few death threats from a few Rangers fans at the moment. Listen, its a cagey subject. I did it, my agent didn’t want me to do it but I thought you know what coz of The Football Factory I’m gonna do it man. For six weeks I had to walk about travelling the country talking to naughty c***s. I got away with it and that’s down to the film more than anything else. I played the character where I represent these people and where they come from. So I basically had to be Tommy Johnsonthrough out but at the same time I had to be Mr. Neutral yer know, coz I’m an actor at the end of the day I cant give to much away. But they was all sweet man, they was all sweet as a nut. I mean it’s hard work walking into a pub full of 60 hooligans and getting an interview out of em mate I tell yer what. They just asked me to do a second series man but I f**ked it off. I don’t wanna milk it, I’m an actor not a presenter yer know. It was a cool show and I think we got away with it but no more for me man, no more!

Have you ever acted in a scene you didn’t want to?
Yes man, I had to play a queer in a film called Borstal Boy. It was a good part but there was one scene, I got a kissing scene. My part I play in I’m an Iron (iron hoof, poof) right. But I absolutely love this geezer. I just wanna f**kin kiss him so it’s a right big moment for me this f**king kiss, so I gotta put it on that c**t. He’s a Yankee fella with ginger f**king stubble man, it was a horrible moment. The only way you gotta do it man is by going in 150%. If you started getting half hearted about it, it only makes it worse. But I’ll never forget it, I can still f**kin feel that texture man. It done me nut in, it was on me nut for weeks afterwards man. Listen you gotta do it man it’s part of the game, you gotta earn your stripes. I did it and it was f**kin horrendous, but it was a good part, I’m glad I done it really.

Any roles you would like to play?
I’d like to be James Bond. I’d like to f**king have a crack at the Bond mate when I get a bit older you know what I mean.  A cockney Bond, why not? B****cks to it! You know Daniel Craig is a good friend of mine and he’s a great actor, he’s gonna be the best Bond I tell yer. All these c***s moaning about him on the internet are going to become severely unstuck.

Tell us a secret about yourself…
I like the Antiques Road Show.

What’s the most bizarre thing you have witnessed?
When I was a youngster I saw a fella smash his motor bike into a lamppost right. He was brown bread (brown bread, dead), his legs were all over the road and all that. I was on my mounting bike and came round the corner and see it man. That f**king knocked the c**t out of me that, I can still f**king smell it. It was heavy man, before the old bill got there and everything. I just f**king happened to come around the corner and this c**t smashed into a lamppost, dead mate! Flesh all up the lamppost man… Heavy, heavy sh*t. God Rest in peace the fella.

If you could change one thing about yourself what would it be?
Me double chin. For some reason I got a big double chin. But recently I’ve noticed I’m getting a bit of a joust right, and I’m a skinny c**t. So a skinny c**t with a double chin is a mad thing. It’s only since I’ve noticed it on screen and sh*t I’m having to start holding me head up a bit. So I’d let to get rid of me double f**king chin please.

Has fame changed you in any way?
Not at all. I’m in East London out in the flats. I’m just very lucky I think that I’ve found my talent at a young age. I love it man, I love acting and it comes f**king naturally to me. I mean there are a lot of people that don’t find their talent for what ever reason. I know a lot of people that would be great actors man but they just didn’t go down that route. So I’m just lucky I’m doing a job that I love man. People have come up to me and called me a legend and sh*t like that. Which is heavy, but it’s like f**k me man I’m not a legend at all! People say that to yer but you gotta keep yer f**king nut about yer. If you start believing your own hype man you’re gonna lose the plot severely. The day I start walking about thinking I’m a legend is the day I land into trouble basically. But it’s all good man, it’s nice. I never get any aggravation from it, I must say that. Everyone’s always pleased to see me and sh*t but who knows man, who knows. I’m lucky with the paparazzi, I don’t get none of that really. I don’t go to them sort of clubs anyway. I don’t have em outside my house, they leave me alone for what ever reason. If they started getting on me case I don’t know if I’d be able to handle that to be honest. That would drive me insane. I know I’m in the game, it comes with the territory and all that but I’m hoping I’m gonna be one of those actors that they just swerve. I hope I can earn me bit of dough, do good films and crack on and not get in no trouble and not be in the papers and all that b****cks.

What’s your favourite pie and mash shop?
There’s a couple, but probably the one in Camden Town. Actually I fancy a bit of Pie and Mash so I might get a bit later.