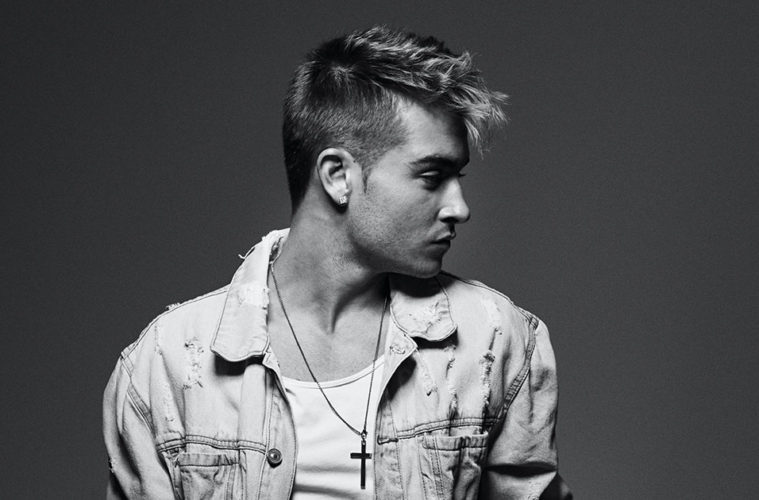 Danny Avila, the highest ranked Spanish DJ ever (#38 in the DJ Mag top 100),  just turned 24 and has massive performances planned for this year, including sets at Tomorrowland, Neversea Festival, Airbeat One and many more.  With 10 tracks already completed and set to release this year, Danny has forthcoming tracks on major labels including Sony, alongside Famous Dex and more.

Hey Danny! I wanted to start by saying how happy I am that you have agreed to answer our questions. I love this time of year because I get to talk to so many talented DJs and producers like you. So, what do you like most about the summer?
You’re welcome! Thanks for having me guys. I love how busy summer is, and how much great music gets released and performed. The festival season especially is a big highlight itself. Such amazing vibes, good times with my friends and fans plus playing these great shows, wow!

You’ve just released a track called ‘Keep it Goin’ with Deorro, and it’s brilliant, chunky, groovy, I love it! I’m sure it’s going to become a summer festival track of 2019. How long does a track like this take you to produce from beginning to end?
Glad you like it, thank you! We are very happy with it as well. Producing time completely varies. It depends on who you are working with, and the idea that you both have. Me and Deorro worked well together, and both had a similar vision for the track – which meant we could finish the track in a few days. That’s not always the case.

The video is also very cool, random and memorable – whose idea was the animation and how did the idea come about (what are the balls supposed to represent)?
Deorro’s team came up with this idea and we both liked it instantly! The balls have no deeper meaning. It looked funny and balls always feel dynamic. And they bounce. Just like the bass in the track.

You released a track called ‘Thinking About You’, on your birthday last month. A very cool and clever thing to do. Do you have a load of unreleased stuff sitting on your computer and how do you decide on what track to release next?
Thinking About You was such a special track for me! I wanted to give it an extra special release day. I am constantly working on loads of tracks, that are ready at different times. I like testing tracks on live audiences, and then improving them – as soon as they’re finished I will make plans to release. There’s many factors that affect these decisions. You can be sure that there’s tons of music in the pipeline ready to be released in the upcoming weeks and months!

Congratulations for not only being in the Top 100 DJs poll, but also for moving up 14 places to position 38, that’s incredible and ahead of the likes of Alesso, Deadmau5 and Steve Angello. Are you satisfied with your position?
Thank you! I can’t believe it. It’s a dream of mine, and representing Spanish DJ’s is a really big deal for me. I’m aware that there’s always some controversal issues about the Top100 DJs poll throughout the scene, but in the end it’s the people voting for their favorite artists. And it makes me even prouder to have a supportive fan base like that.

You’re the highest ranked Spanish DJ – has being Spanish influenced your sound and if so, how?
Growing up in Spain I always heard music from all over the world. I’ve been influenced by music within my country and worldwide.

For upcoming DJs that might have just landed their hands on a controller or are thinking of spending their next pay cheque on one, what advice would you give them if their dream is to become a DJ?
Dive into it as deep as you can. Learn your stuff. Be creative, think about raising the bars and keep doing what you’re doing. It will take a lot of time and hard work. Especially being a DJ is more than just mixing one track after another. Many people don’t understand this. If you know what it’s all about, you’ve made the first step to become a DJ.

What do you dream of becoming or have you already made your dreams a reality?
The goal posts are always growing for me. Now that I’ve started my own label I would like to focus on that. Let’s see what happens next!

How important is it that a DJ has personality behind the decks?
Everyone has a different way of expressing their personality. Having a strong personality is important on and off stage, of course it’s even better when your personality unfolds while performing the music. That’s the best case scenario.

What’s the biggest crowd you’ve played in front of?
Untold Festival! It was an amazing experience. It’s simply an unreal feeling to play in a sold out arena with 80.000 people, just wow!

How big is the team that you work with?
There’s many people involved in my daily business. It’s the management and the booking agents that I’m working with since many years. I’m very close with them and they play a huge role with ideas, helping in decisions and all the other stuff that happens behind the curtain. Then there’s the label partners and press agencies. Plus the photographers, graphic designers and video makers that make me visible. They are an important part of Team Avila. Yes it’s me on stage in the spotlight, but without all these people it wouldn’t be possible and I really appreciate them backing me up every day, every weekend.

Top festival tip?
Party as hard as you can, forget the rest of the week, and take care of yourself and others!

Career highlight so far?
There’s been so many! One of it is that I loved working with the Nervo girls, since they’re such good friends of mine.

In the event of a zombie apocalypse what would you do?
Take my decks into a basement and DJ ’til the end! I might prepare a bootleg of the Walking Dead theme for that moment.